It's no-frills but provides plenty of thrills 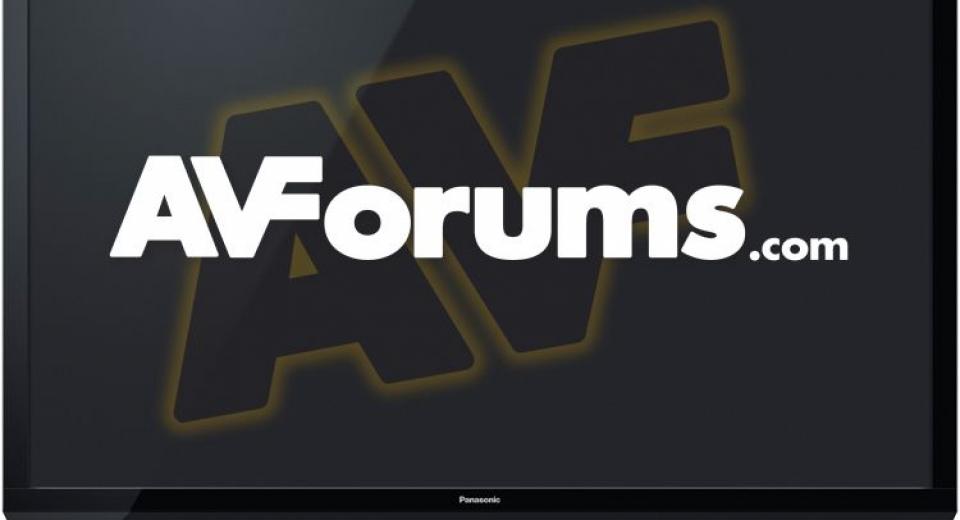 Forty two is becoming the new thirty two. With saturation levels reached for 32-inch panels, more and more consumers are looking for a slightly larger flat panel experience and 40-42” seems to be the sweet spot for many. My Mum has a 42-inch TV, which would say a lot if you knew her. So the Panasonic TX-P42X60 is certainly entering a vibrant marketplace and does so with an unusual approach. For starters, it’s a plasma TV – which is rare now in this class and it’s also only HD Ready, meaning its native resolution is only 720p. Does that matter? Well, if we play the numbers game again, studies reveal the average sitting distance to be around 12ft from the TV and all but the telescopic-eyed would struggle to discern a resolution difference from there so it will perhaps suit many. Let’s see how this unassuming pretender copes with rigours of an AVF workout.

The X60 ain't particularly pretty but it will please TV classicists who like a solid black frame to their pictures. As a small concession to the designer crowd, the bottom edges of the bezel are fashioned in a cut-off style, but that’s pretty much all of note. It’s like a flagship TV from four or five years back but we guess styled just about right for the intended market. Connectivity options are equally basic with a couple of outward facing HDMI, a SCART input and other legacy connections in the form of composite and component video jacks. There’s an S/PDIF digital audio out and L/R stereo input and a LAN and USB connections too. We’re losing count of the number of different controls Panasonic is producing for its various TV ranges this year and the X60 throws in another curveball with its rather stubby handset. To be fair, it doesn’t need to be any larger; there’s no need for an assortment of smart feature buttons, 3D settings or ones for direct access to VoD services as it doesn’t do any of that stuff.

The Panasonic X60’s menus are pretty snazzy, however, and are presented much in the same way as the more prestigious ranges. There’s six sub-menus – Picture, Sound, Network, Timer, SetUp and Help and each is fairly simple to understand and navigate around. It’s the Picture Menu that most interests us and we’re very happy to note the inclusion of a very decent set of calibration controls, with 2 point White Balance sliders and a 3 point 3D colour management system. We can’t imagine these controls will see much use with end users but it gives us something to do and, hopefully, some nice accurate pictures to watch. The front page of the Picture Menu has all the prosaic Contrast, Brightness, Tint and Sharpness options as well as a choice of Viewing Modes including two (hopefully) ‘accurate-ish’ pre-sets in True Cinema and the new Custom Mode. There’s a selction of Colour Temperatures (Warm is usually best) and in the Advanced Settings, we have a Panel Luminance option, an Adaptive Gamma Control, options for a Normal or Native Colour Gamut and some pre-set Gamma responses. We’ll look at most of those later in the review but we can tell you now, that it’s a good idea to shut down the Adaptive Gamma Control and Black Expander.

The Panasonic X60B is nowhere near as blessed in this department as the higher-end TVs and ‘all’ you have to play with is a fairly generous media player with support for playing back media files from a USB device. File support is listed as AVCHD, AVI, MKV and MP4, ASF, FLV, 3GPP, PS, MOV and TS containers for video but there’s no FLAC audio support, as per the higher tier models, with just MP3, AAC and WMA and, for photos, it’s JPEG only.

After disabling all the unnecessary ‘enhancement’ controls, the Custom Viewing Mode proved the most accurate starting point, although only by a hair’s breadth. Still, since we’ve no multipoint gamma or white balance controls, we’re best starting there. As it happens, with the Warm Colour Temp selected, the X60 was already in pretty good shape, with just a small excess of green throughout. Green is the colour we least want a surfeit of, however, so even getting rid of what look like relatively small errors – averaging around 4, where below 3 is the target – will make a significant improvement to the picture. To the right, we can see from the CIE chart, that the colours are also lining up nicely to the Rec.709 standard, with a general tendency for being a bit too bright. Those results were achieved using the ‘Normal’ colour gamut; the Native one is much wider and, in fact, extremely close to what the VT65 can do. One of Panasonic’s big marketing claims for the VT65 and ZT65 was their ability to produce 98% of DCI with their new red phosphor but it seems even this relatively lowly model has similar capabilities. Hmm. 
Even with ‘only’ 2 point White Balance sliders to manipulate, it’s more often than not possible to produce outstanding results and, after a few passes, we were left with an extremely neutral greyscale. It’s certainly a little more higgledy-piggledy than the results we can get with the likes of the VT but you’d be very hard pressed to notice with actual content. There wasn’t much we could do to stop the 42X60B revealing a little too much detail in the shadows, with the kink in gamma between black and 10% grey but it’s quite a minor difference all in all. It’s nice enough to see a CMS in a budget TV and nicer still when it actually works. As we can see from the charts above, the X60’s 3 point version allowed us to produce absolutely excellent results at full stimulation levels, with everything matching up to the Rec.709 targets for hue, saturation and luminance. If we look below, to the chart with points plotted at lower saturation levels, we can see that red is a bit ‘lively’ coming away from white which would most easily be visible with skintones, so we reigned in the Colour slider by one and took a couple of notches away from the Saturation control in the CMS. The result gave a better balanced picture with a slightly increased overall delta Error for red at full stimulation. Less is more sometimes. Last year’s 720p Panasonic’s were a touch disappointing here, but the improvements in the higher-tier sets translate down, somewhat, to the X60. With a full screen black pattern reading 0.025cd/m2, it’s more than a capable performer and the X60 also did almost as well with mixed content, delivering an averaged black level of 0.03cd/m2 on the ANSI checkerboard test. For the record, with a peak light output set at about 120cd/2, the on/off contrast came in at 4760:1 with ANSI a tad below 3000:1. For a budget TV these results are superb and screen uniformity was as we usually expect from plasma, pristine. Quite the little mover, this X60!

Panasonic’s video processing has been going from strength to strength in recent years and the X60 represents another step in the right direction with excellent scaling of standard definition signals and a new film mode that picks up on the 2:2 cadence used in PAL DVDs. Deinterlacing of video content at 1080i showed some visible scaling artefacts around edges, however and one of the major challenges for a 720p panel is to display a 1080p24 signal cleanly and correctly and the X60B struggled a little here too with, again, some obvious scaling artefcats present but if you’re sat over 8 foot away, they are hard to pick up on.


Unlike the 3D models in Panasonic’s line-up, the X60B doesn’t have a Game mode and the reason for that is simple, it doesn’t really need one. With input latency of around 34 milliseconds, the X60 represents the traditional values of plasma gaming, i.e it’s super-responsive and fluid. It’s particularly suited to a console gaming where typical native resolutions don’t exceed that of the panel, in other words, most are 720p. With the next generation of consoles around the corner, with the hope they can do 1080p as standard, the X60 might not be that future-proof but it’s definitely a great gaming display.

This TV costs just under £500, and that’s at full retail price so there’s sure to be savings had along the line. For what, it would be hard to argue, is not a considerable sum of money in the scheme of things, you get potentially stunningly accurate colours and very fine contrast performance indeed. The X60 is also capable of going very bright in its accurate modes so puts itself toe to toe with the numerous LED TVs in the sector, in that regard, yet easily trumps them for motion handling, viewing angles and screen uniformity. In fact, there’s almost nothing to criticise the X60 on, if you sit at an appropriate distance. Quite what that distance is for you, we couldn’t say, but as an estimate 9ft or more would be a ‘safe’ number for most, where the eyes can’t notice a perceptible resolution loss.

So what about the resolution drop with Full HD content? If your TV diet is largely broadcast or streaming based, you’re not going to miss much, if anything, given the compression used. One can certainly see the difference with Blu-ray disc, in terms of resolution – again, once within a given viewing distance – but it’s the small scaling artefacts that are actually more troubling than the resolution drop. They manifest as jagged/broken edges of objects, particularly under motion and can be seen from greater distances but we’d expect most would never notice but it’s a good enough reason for true videophiles to look in to the Full HD marketplace. So it comes down to a question of needs and expectations and we expect the Panasonic TX-P42X60 will fulfill both to a great many people.

It’s a bit basic looking, by contemporary standards, but we’re sure the Panasonic X60’s classic bold black framed approach will find favour with many. It’s no frills inside and out, in many ways, and the only concession to the smart TV revolution comes in the form of a media player that supports an impressive set of video codecs. There’s also only a couple of HDMI inputs and the remote is a shrunken-down number but, target market considered, neither should be an obstacle. Thankfully there’s been no skimping when it comes to the Picture Menu and we were delighted to be presented with both White Balance controls and a Colour Management System to obtain accurate pictures.

With that calibration suite we were able to coax the X60 in to a virtually reference picture performance, in terms of greyscale and colour, which is hugely creditable for a TV priced at under £500. Out-of-the-box accuracy was good, in any case, and we’d hardly expect many end users to utilise the available calibration options but we’d fully anticipate that the vast majority will be hugely impressed by the striking blacks and contrast levels and fluid motion handling. The only issues you’re likely to encounter with the X60 are scaling artefacts when watching Full HD material, mainly apparent with Blu-ray Discs, but you’ll need to be sat relatively close to notice those and closer still to notice the drop in resolution.

Do you sit further than 9ft from the TV? Do you largely watch broadcast, streamed and DVD material? Is a Smart TV of no concern to you? Are you on a budget? If you can answer three or more of those questions with a ‘yes’ then the Panasonic X60B is certainly one for your shortlist. Recommended.