Prepare for an origin story that doesn't even manage that 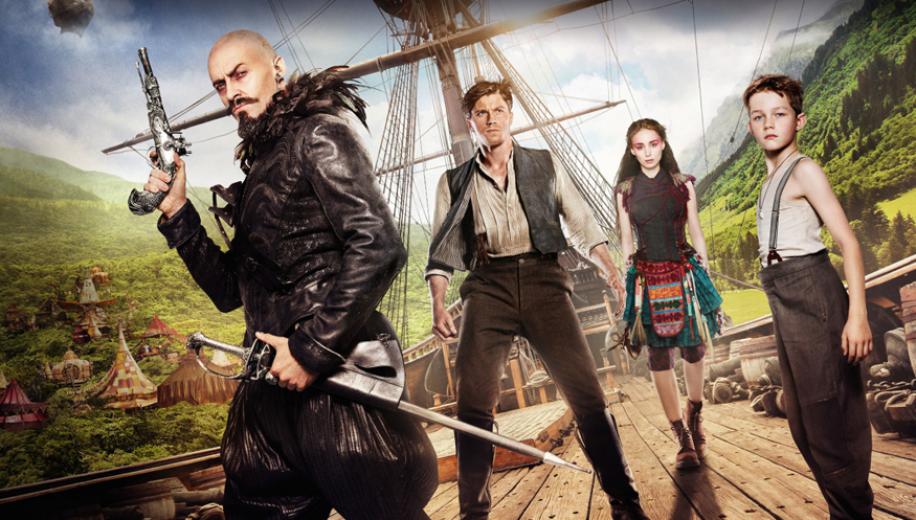 You know that Peter Pan prequel you were dying to see? No, me neither.

Pan purports to be the origin story behind Peter Pan, J.M. Barrie’s classic childhood story known to millions from the beloved Disney animation and countless Christmas pantomimes. Unfortunately what Pan actually turns out to be is a dull, disappointing and somewhat confusing film lacking in most of the magic necessary to make a film that's inherently about magic.
Peter (Levi Miller) is swept away from his Victorian London orphanage by Captain Blackbeard (Hugh Jackman), and taken in a flying pirate ship to Neverland, where the child labourers sing Nirvana and The Ramones. Yes, really. As it turns out, Peter is destined to fight against Blackbeard and try to save Neverland, and joins forces with Tiger-Lily (Rooney Mara) and James Hook (Garrett Hedlund). In theory, magical creatures and plucky kids banding together to fight tyrannical pirates sounds like a winner. But in Pan the characters are bland and unlovable, the aesthetic is either too dark or garishly sparkly, and the entire plot drags on. For a lot of the film the action seems to be leading nowhere. At times there’s too much – special effects, 3D, pantomime – and at times there’s too little – coherent plot, relatable dialogue, likeable characters.

As much as a Peter Pan origin tale was probably not high on anyone’s “must-see” list, the potential for looking at how the Captain became a villain and how he lost his hand was enough to 'hook' an audience. The problem here is that neither of these questions are answered, and for most of the film our hero Peter is as thick as thieves with nemesis-in-waiting Hook, and the pair are still buddies at the end of the film.

The film is basically one long exercise in fantasy visuals. Where director Joe Wright’s previous films (Atonement, Hanna) have been rich, emotive and captivating, this movie falls flat. It could be that the world simply didn’t need another adaptation of the Peter Pan story, or it could be that this is simply a poor film padded with over-the-top effects, lacklustre performances and an insipid script.


Forget villainous pirates, child labour and kidnapping, the scariest thing about Pan is that it seems to be suggesting a sequel.

There has been a lot of press about the casting of Mara as Neverland “native” Tiger-Lily, and even if we disregard any cultural insensitivity for a moment, Mara’s Tiger-Lily is a bizarre yet dull addition to a cast that, besides an extremely camp, pantomime-villain Jackman, drifts dully from scene to scene. Some credit should be given to Australian Miller, who pulls together a likeable performance as Peter, but isn’t given much help from the rest of the cast who at times look like they’re phoning it in.

Ultimately, Pan is a forgettable fantasy. Seeing as how this film was intended as a “prequel”, and was supposed to tell us the origin story of the classic inhabitants of Neverland, it’s a bit of a failure. We don’t get to learn anything about the animosity between Pan and Hook – which is a pretty central theme to the material this film is supposed to be based on.

There is a lot to look at here, but not much beyond that. For fantastical visuals, magical scenes and flamboyant effects, Pan is a visually stunning trip to Neverland. But as far as gripping narrative, cohesive dialogue and any sort of character development goes, this is never-ever-land. Where Pan falls flat in plot, it goes overboard on visual style.