Your best bet is to learn how to suffer existence 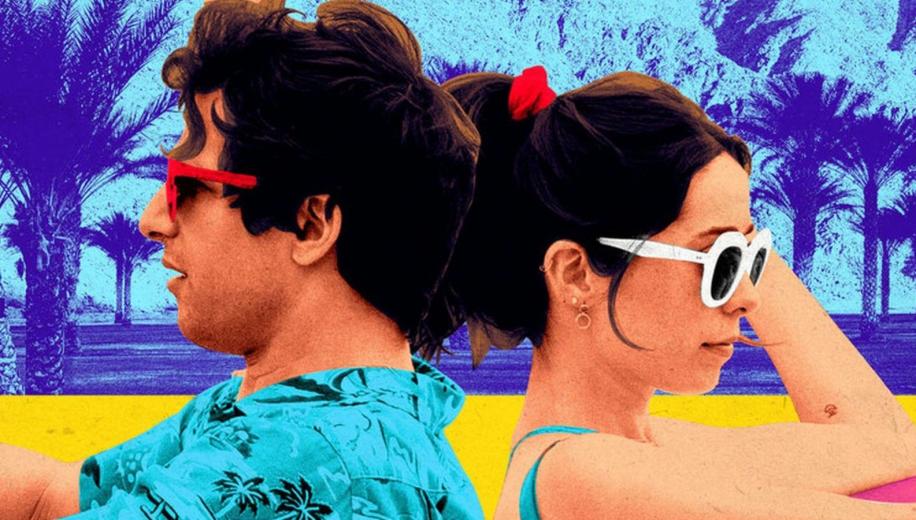 The current run of movies in this emerging genre – let’s call it “Groundhog Day but…” – is surely reaching saturation point. With a new one seemingly released every month – looking at you The Map of Tiny Perfect Things and Boss Level - it’s starting to feel a little bit like… a period of time that is in some sort of a loop (huh… there should be a name for that).

One of the funniest segments of that movie that casts its long and looming shadow over this one is also its darkest: the montage where a completely nihilistic Phil Connors does everything he can to break the miserable cycle of time, driving his car off a cliff. Palm Springs smartly slides into slacker main character Nyles’s own time loop at this exact point. Unlike his cinematic progenitor, we don’t get to see him becoming the carefree monster. No, he’s way past that. By the time we meet him, he’s already tried all the old tricks that traditionally get you out of jams like this. Rebalancing karma? Nope. One perfect day? Nothing doing. Death? Sorry. Appease a monster deity? Sh-t outta luck. So what does he do? He just rolls with it.

A guest at the wedding of his girlfriend’s sister, he has seemingly been working out how to score with his girlfriend’s other sister, Sarah. The routines are memorised, the Rube Goldberg machine primed for seduction. That is, until Sarah accidentally gets dragged into this special kind of hell with him.

It’s the first film for writer/director team Andy Siara and Max Barbakow. Siara’s star has climbed a little in the past couple of years as a staff writer on the critically acclaimed – and now cancelled – Lodge 49 (c’est la guerre) and there’s a clear link between the surreal tragicomedy of that show and Palm Springs. The two of them have an eye for bittersweet masquerading as devilishly funny which just about sums up this debut.

At a well-judged 100 minutes, Palm Springs knows how to not overstay its welcome. Siara knows how to execute a series of good jokes, a moment of crisis, a couple of feel-good sequences and then ties it all up in a mostly satisfying bow. Despite a vaguely unusual sci-fi element, the predictable twists arrive in a satisfying way, giving the audience what they obviously want. What’s special here is that, on top of that, there are scenes which incorporate ideas not visited before. The idea that more than one person can be caught in the time loop is not new, the Happy Death Day franchise continues to explore that as I type this… but there are other ideas too which are genuinely surprising and, dare I say it, moving. One particular scene, which serves at the moment when our two main characters finally click, even manages to stoke up some wonder. And through that it manages to elicit some serious laughs.

Helping it along is the easy weird-attractive charisma of Andy Samberg (Brooklyn Nine-Nine) who, along with his Lonely Island partners Akiva Schaffer and Jorma Taccone (Hot Rod, Popstar: Never Stop Never Stopping), also steps in to produce and, with a nod to ludicrous rap and dubstep and hilariously misplaced arrogance, their goofy fingerprints are all over this movie. Opposite Samberg as Sarah is the charming Cristin Milioti, ably inhabiting a role which requires her to push way beyond her initial introduction as a figurative black sheep of the family who “drinks too much and sleeps around.” With a supporting cast that includes the never-less-than-incredible J.K. Simmons (Whiplash, Spider-Man – what a guy) and pitch-perfect character actor Dale Dickey (My Name is Earl, True Blood) there’s rarely a frame of the movie without an actor going a couple of miles further than the movie demands.

...genuinely surprising and, dare I say it, moving.

There are moments where the film seems to be trying to spread itself too thin. Some ill-placed gross-out comedy and an admittedly fun, but not really funny dance sequence demonstrate either an ambition of range that it can’t quite pull off, or a timorousness at the prospect of getting too dark. Which is a shame because the embrace of the “who cares, nothing matters” attitude is definitely the glue that binds the two leads together, Nyles having been made that way by the loop, Sarah having been made that way by life.

That it is not a wholly original concept cannot and should not be held against Palm Springs. It’s a smart and funny riff on a great idea. What we could maybe hold against it is that it sometimes lacks the courage of its convictions and a promise to subvert the trope is lost along the wayside. Nevertheless, what we get is an often raucously laugh-out-loud comedy which very nearly transcends its familiar trappings to achieve something special.

Palm Springs is available now as part of your Amazon Prime subscription.