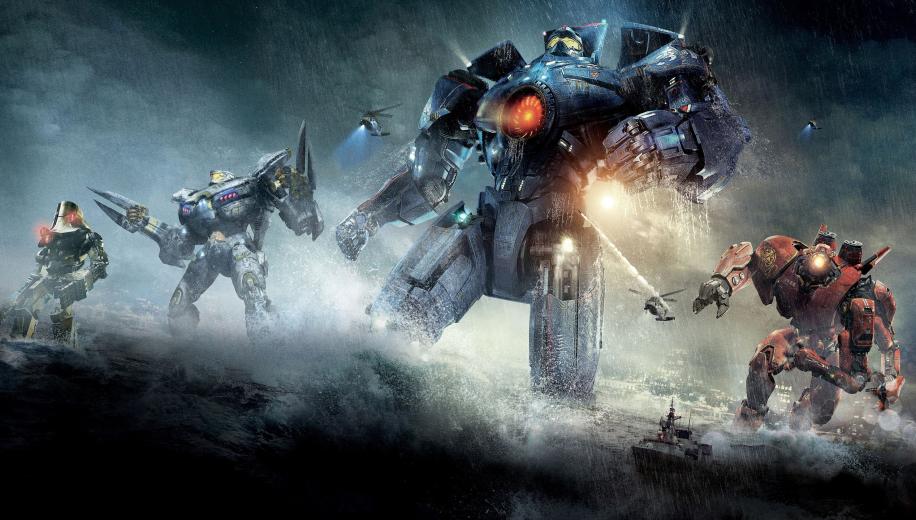 In the wake of the inferior sequel, we figure out how to cancel the apocalypse with a look back at Guillermo del Toro's Pacific Rim.

Gleefully stealing from every Japanese mecha robot vs. alien monster anime ever created – most notably the seminal Neon Genesis Evangelion– acclaimed director Guillermo Del Toro’s mega-budget Summer blockbuster Pacific Rim somehow managed to be more than just the Transformers vs. Godzilla mutation that fans were worried it would turn out to be.

Unlike its lesser counterparts, Del Toro’s beast blends some element of consequence into the mix, putting human lives at the heart of his skyscraper-sized creations and pitting them against increasingly dangerous monsters that are remarkably hard to kill. Spectacular and satisfying in equal measure, Pacific Rim might not quite tower over its mecha and monster counterparts, but it still has the edge over them.


Whatever its faults - and it has its fair share - it makes up for them with punch, presence and sheer epic scale

Blending themes and ideas you might find familiar from everything from Firefox to Top Gun; from Independence Day to Jurassic Park; from Real Steel to Avatar, Pacific Rim moves past its ostensible Transformers-meets-Godzilla labelling and remains the closest thing we’ll likely ever get to a live action Evangelion movie, which is a hell of a compliment.

It provides action with impact; confrontation with consequence; spectacle with significance – it may not be a particularly weighty affair and, no doubt, there will be plenty of hardcore Del Toro fans who somehow expected far more than this from him but that's missing the point. This is the best giant robots vs. giant monsters summer blockbuster feature that anybody could have ever had any right to hope for.

Whatever its faults - and it has its fair share - it makes up for them (or at least blasts past them) with punch, presence and sheer epic scale. Pacific Rim was shot digitally, yielding results reportedly as high as 5K, but is capped by a 2K Digital Intermediate, which has been used here for this Ultra HD Blu-ray release.

Out of the multitude of films shot or released in 3D, there were - and are still - only a handful that truly excelled in the format, including the flagship vehicle Avatar, with noteworthy mentions for the likes of Dredd and Gravity. With the advent of 4K and the slow death of 3D, we have already seen the Dredd 4K release excel even without its added dimension, and Pacific Rim - likely one of the top 10 3D demo titles - comfortably follows suit, so much so that even early 3D adopters may never look back after having enjoyed the title in its new 4K garb.

Enjoying a modest but noticeable uptick in detail over the already reference 1080p Blu-ray, the 4K release boasts staggering crystal clarity for all the tech inner workings, whilst the grand scale of the robot Jaegers looks even more epic this time around, battle damage finely observed, and Kaiju creature nuances equally graced under the 4K microscope.

HDR and WCG make the real difference, though, as tech panels become eye-searing in intensity, the palette popping with a vibrancy that often belies the lack of an added dimension, and richer tones vivid throughout. It makes all the difference to del Toro's style of bathing the battle sequences in rain and darkness too, as now black levels are much more refined, bringing shadow detail to the fore, and allowing the primaries - neon lights, and the glow of the alien energy, as well as the various weapons - to ignite the dark backdrop. It's still one of the best looking 2D upscales on the market. There's likely no better candidates for reference audio tracks than movies about building-sized robots, as Bay's Transformers films have proven repeatedly. Pacific Rim remains a spectacular demo title which enjoys an upgrade for its 4K release in terms of full 3D immersive HD audio courtesy of a Dolby Atmos track, itself founded upon an already reference Dolby TrueHD 7.1 core.


As much demo on the aural front as the video front, this is a reference disc through and through

Whilst the upscaled 4K image might prove a somewhat surprising upgrade - or at least its near-perfect results are a surprise give the semi-skimmed 2K DI - it's really no surprise whatsoever that Pacific Rim continues to enjoy a bombastic, grandstanding, epic audio profile that will blow your living room apart.

Although dominated by building-shaking, ground-quaking LFE-edged action, it's still an impressively nuanced affair, offering discrete surround dissemination and keen attention to the details - from the tech gear in the Jaegers to the thrum of the energy-pulsing Kaiju. Weaponry detonates with staggering intensity, making you duck and cover as all hell breaks loose. As much demo on the aural front as the video front, this is a reference disc through and through. Disappointingly, the 4K set omits the second Blu-ray disc of extras, so hold on to your old Blu-rays if you want more than just the Commentary and a few short Featurettes.

This is the best giant robots vs. giant monsters summer blockbuster feature that anybody could have ever had any right to hope for

Pacific Rim set the benchmark for upscaled 4K releases, besting many native 4K discs out there through exceptional HDR and WCG implementation which go some way towards making up of the loss of that extra dimension. Although the release lazily doesn't even bother including the Blu-ray set's second disc of extras, it's still a stunning video and audio upgrade that remains one of the go-to demo discs for the format. With the release of the sequel, there isn't a better time to revisit the first movie in all its 4K glory.