Back to Oz. Again. 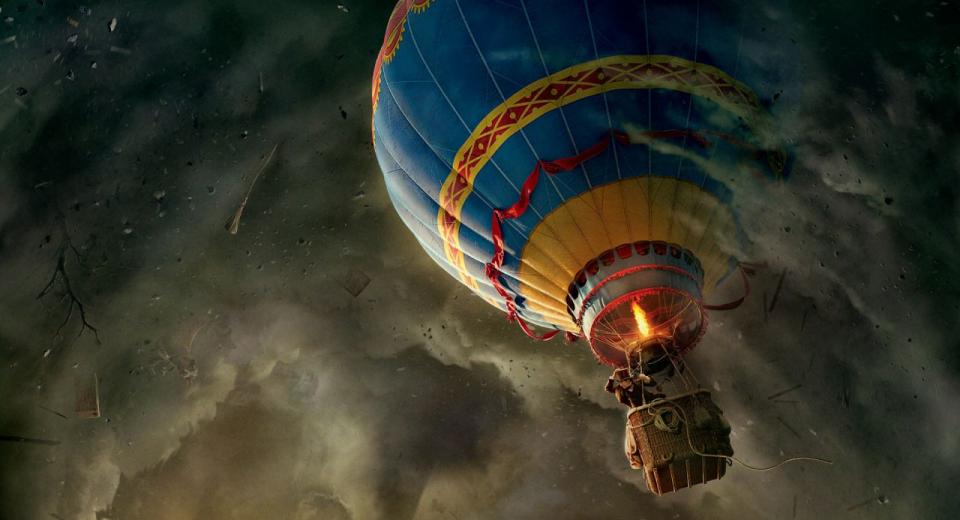 L Frank Baum’s Wonderful Wizard of Oz series of books have provided a multitude of media offshoots over the years, starting most famously with the 1939 release of The Wizard of Oz, starring Judy Garland. Oz the Great and Powerful is the latest release within the franchise and actually stands up pretty well.

The “Who owns what” saga of the rights to the films is quite complex, but can be summarised as thus: MGM bought the original book and made their Wizard of Oz film based upon it, while Disney acquired the rights to the rest of the books, allowing them to use any characters, settings and storylines therein contained. The upshot of this is that some of the iconic aspects of the 1939 film still remain off limits, including the ruby slippers, deign of the Yellow Brick Road and even the colour of the wicked witches’ skin, while other elements including the Emerald City, Munchkins and the Wizard himself all feature in the later books, so can be included. This therefore leaves us with an engaging plot, with the wizard and three witches central to the plot, but also – if you look hard enough, a scarecrow, tin man and lion, albeit not in quite the roles you might expect. In fact, as this film is supposed to be set twenty years before the original film, this is more of a prequel than is first evident. There are plenty of links to find, from the cowardly lion to Dorothy’s parents and even the wicked witches’ mortal allergy to water.

The story opens in Kansas, where Oz the Great and Powerful (James Franco) is actually a not quite so great or powerful circus magician, performing shady illusions to naïve, simple country folk. Some take his powers of deception to be real magic, but he is in it for the money and romance, with a string of woman in tow. When a storm blows in, Oz finds himself swept away in a hot air balloon, landing in the magical land of Oz. The first section is presented in black and white and lasts almost exactly the same length of time as the original movie’s sepia tinted opening. I have not checked to see how well it lines up against Pink Floyd’s Dark Side of the Moon, but parallels have to be drawn to the original motion picture. The swirling tornado and general feel of these opening scenes is all very reminiscent and sets the scene very well.

Landing in Oz, the wizard is met by Theodora (Mila Kunis), outwardly a good witch, but then, as we know, who can tell when witches are involved? It is soon apparent that despite the colourful – some might say over saturated land is beautiful and fun to look at, it holds many secrets and evil forces for Oz to contend with. Theodora believes that Oz is fulfilling a prophecy set by the now long dead old wizard and escorts him to the great palace in the Emerald city, where they meet her sister Evanora. The change to colour is every bit as vibrant as the original 3 strip Technicolor movie was, with almost unnatural colours and great, expansive settings. It may not be quite the “Ah” moment that the original film managed, but again, it pays homage in a respectful way.

It is probably true to say that MGM and the various directors involved with the first outing would have made something very similar in terms of look to this movie had they been making Wizard of Oz today. The magical Land of Oz could never be mistaken for the real world and the fantastical special effects and CGI, combined with the high quality sets puts this film exactly where you want it to be. Oz learns that he cannot be crowned King of Oz until he defeats the evil witch, so he sets out upon a quest to seek and destroy her, egged on by Evanora and Theodora and accompanied by China Girl – who he rescued from her destroyed china town, and a winged monkey whose life he saves.

Of course, things are not as clear cut in terms of good and evil as perhaps Oz originally thought and he has to re-evaluate which side he is on pretty quickly after meeting Glinda and realising she is the good witch and is being somewhat misrepresented by the evil sisters. Along the way, we meet the Munchkins and also the Tinkers – a race of engineers who can make anything, rather than a bunch of scruffy scrap metal collectors and tarmac contractors as we might presume this side of the pond… Between them, they must find a way to defeat the evil witches and restore balance to the force. Sorry, got a bit carried away there with the alliterations there, but you get the idea!

The movie is a PG, but don’t let that lead you into a false sense of security. This movie will make you jump – particularly in 3D, with plenty of sudden, dramatic action sequences and scary monsters to leap out at you. The visuals are stunning, with some of the 3D action sequences just brilliant. Whether it all hangs together as a composite movie is not quite so clear cut though. The talent do a good job, but no one really stands out head and shoulders above the rest, or puts in a career defining performance, while the characterisations of the witches in particular is occasionally confused. This movie struggles to know whether it is a fantasy movie or something with a little more comedy. There are a few set pieces that are funny and the occasional humorous line to make you smile, but it feels either under done if it is supposed to be a comedy or over done if it is supposed to be a fantasy action movie. Although not a bad film, the lack of focus and inconsistent tonality lets it down to a certain extent.

Like for like, it actually out-performed the original movie in terms of box office. It is not that well known that original The Wizard of Oz only really made back its money on the re-releases and subsequent television showings, whereas Oz the Great and Powerful managed $120 Million on its opening weekend in the `States and has taken close to $450Million to date.

A sequel is proposed, and enough loose ends were included to allow this to happen with much of the original characters. Whether this will be the multi-movie franchise hit Disney are seeking is a matter of conjecture, but this first outing does show some promise. Quite how another episode can be squeezed in before what would be the 1939 film is a moot point.