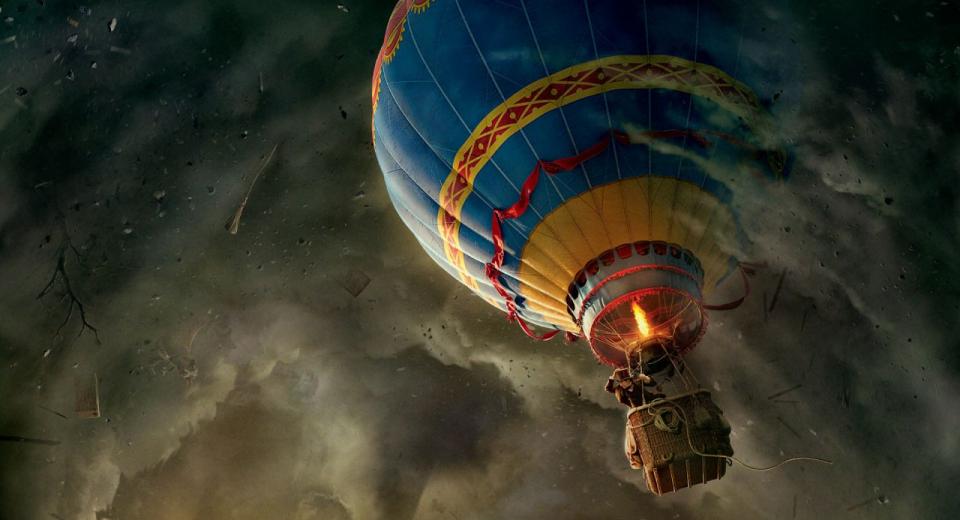 The AVC Mpeg 3D picture proves that even if 3D TV is all but dead, there is still a worthwhile market for movies. Watching in both 2D and 3D, the extra dimension is worthwhile and really adds to the movie. Shot in native 3D on similar equipment to The Hobbit – albeit at conventional frame rates, as one might imagine, the picture is quite similar, with a natural depth and wide focal plane – both important for natural, eye strain free 3D. The pop out effects are frequent and convincing, even if the 3D backgrounds are not always the deepest. The mono 4:3 cropped opening scene does not work brilliantly in 3D, but towards the end, there are some nice pop outs that spill into the black crop, providing a similar effect to that seen in Life of Pi. This illusion is particularly effective, giving pop outs almost in your lap. The colours possibly lose a little in the way of vibrancy in 3D, due to the slightly lower contrast levels available, but it is not too noticeable.

The original 1939 colour movie always looked extremely over saturated, with brighter than natural colours. This was a deliberate trick, as colour was not long established and the wow factor was deemed important. Back then, huge amounts of light were required, as well as especially painted sets and make up for the cast. Fortunately for the cast of crew of this latest outing, things have moved on somewhat and the experience was more comfortable for all concerned. What the colourist has largely achieved is the re-creation of the Technicolor colour space, with a similar colour gamut and an almost painted quality to the movie. Skin tones have remained natural, while the grass is greener, the sky bluer – you get the general picture.

CGI is very good, but possibly not up to the best standards. Again, making comparisons to the photo realistic Life of Pi, things here look more cartoon-esque, with the animated flying monkey and china doll not always feeling totally integrated into the scene. Brightness and contrast feel spot on, with very little detail missing from the darker scenes and no hint of solarisation or clipping in the brightest moments. This therefore makes for an excellent 3D demo disc – provided you remember the over saturated colours are supposed to be like that. The Dolby Atmos derived DTS-HD MA stream is technically superb, with a very wide dynamic range to all channels. Dialogue is superbly clear throughout, while the ambient and spot effects create a brilliant sound stage to the on screen action, contributing to the fright scenes and lesser moments. The whirling effects as the tornado sucks up Oz will leave your head spinning and the low frequency energy fed not only to the sub, but also all the surround channels leaves you feeling like you have been hit by a freight train.

The Danny Elfman musical score is typical Disney, but does not have any strong anthemic or recognisable themes. It is big and orchestral, with the only high point being the Mariah Cary song shoe horned in for publicity purposes, not appearing until halfway through the credits, by which point most of us have already switched off. The SKU is supplied as a 2 disc package, with the 3D disc containing the 3d movie and short Monsters University 3D trailer and all the extras and 2D movie arriving on the 2nd disc. Language support is limited, with both discs offering just English, Russian and Italian sound tracks, with sub-titles extending to just a few more eastern European languages.

Moving on to the extras, these are essentially a fairly conventional a series of shorts. The first is dedicated to the story of Walt Disney and his involvement with the Wizard of Oz over the years, including the abortive project – Rainbow Road to Oz and leading up to this outing. The second extra is an indepth set of interviews with most of the cast, plus director Sam Raimi, all hosted by lead actor James Franco. They are interesting, funny and give a good insight into the movie and the characterisations.

China Girl looks at the animation of one of the characters. As is often the case, the CGI was developed from a model used on the set and also from facial expressions captured from the actress who voiced her (Joey King). This is one of the shorter featurettes, but still worth viewing. This is followed by From Kansas to Oz, the special effects and production design short. It always amazes me how much beautiful pre-visualisation is carried out before any big budget film is made, most of which will never be seen outside of the production team.

Mila’s Metamorphosis looks at the makeup required to change Mila Kunis into the green skinned wicked witch of the latter stages of the film. What comes across is just how little prosthetic make up has changed over the last thirty years or so.

Danny Elfman gets to explore the musical score in his short. To be honest, this is no more interesting than the fairly vanilla score itself.
Last of the bunch is the bloopers reel. Yeah, they had fun on set, some people had gurgling tummies after lunch and a few props fell over.

A reasonable collection of extras and a decent menu structure, with the 3D version looking very nice indeed. No director’s commentary or interactive features, but this is not really that sort of movie.

Disney has always made good fantasy movies and this one is no exception. It might not be to everybody’s taste and it is not without its problems, but the fact remains it is good escapist viewing. The story is good and the settings and action look great in 2D and 3D. OK, so some of the characterisation and tonality is a bit wayward at times, but this can be largely overlooked.

Technically, this is a good looking movie with smooth, crisp 3D and plenty of wow factor pop outs. The depth may not be to maximum that some seek, but it does make for less eye strain. The sound track is hugely dynamic and works the whole system hard, with massive, extended sub moments and effects whizzing around the room, coming thick and fast at times. There is nothing subtle about this film and that’s exactly as it should be.