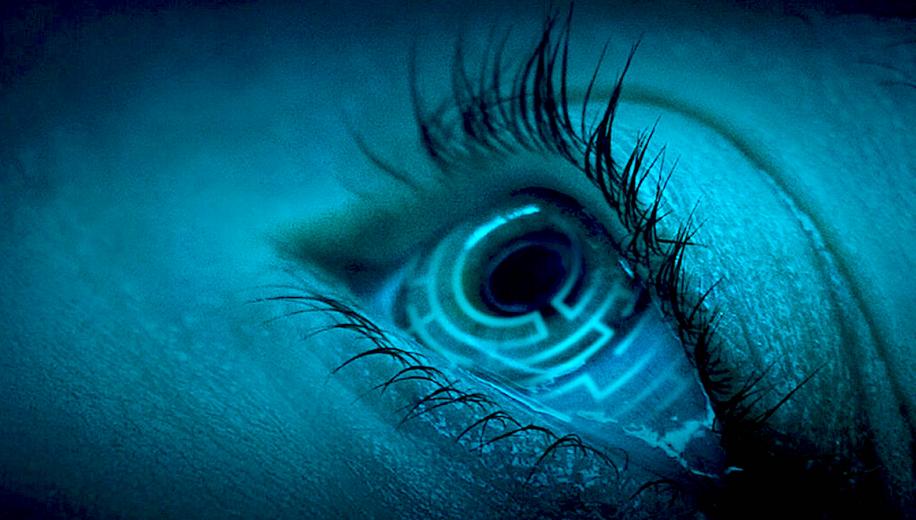 Alexandre "Crawl" Aja's latest is a small-scale, one-woman, one-location sci-fi thriller that shoots for lean, tense claustrophobia but is surprisingly - or perhaps unsurprisingly given it's Netflix - flabby around the middle.

Aja's 2003 horror Haute Tension - known in the UK as the generic Switchblade Romance - was a tremendous sophomore effort from the upcoming French director, catapulting him into the Hollywood landscape for a succession of diverse productions, almost exclusively in the horror genre, from the disappointing (Mirrors) to the effective (Hills Have Eyes) to the surprisingly fun (Piranha 3D), culminating in 2019's Crawl, which was basically The Shallows, with alligators, but at least owned it and proved not only his most accomplished work since Haute Tension, but also his biggest hit. Oxygen - or more accurately Oxygène according to the movie's title card - plays right into Aja's wheelhouse, trading in claustrophobic locations, minimal budgets, strong female leads and impossibly tense scenarios... at least on paper.

Essentially, a trapped Laurent is forced to spend an hour on the phone, with dodgy reception, trying to figure out where the script is

When a woman wakes up in a sleep chamber, unable to remember her name or what happened to leave her there, she has to put together the pieces of the puzzle and figure out the truth before the precious oxygen in her pod runs own, with only the internal AI computer system to assist her in her time-sensitive voyage of self-discovery.

Oxygen ﻿comes to the UK on Netflix, available in HD but with Dolby Vision and Dolby Atmos. Despite the relatively restricted setting, it is a sci-fi flick, so there's plenty of tech, and the whole piece revels in electric blues. Black levels are rich and deep, and there are some wonderfully intense red-skewed sequences which never crush out. It may not be 4K, but it looks pretty damn good. It's a French film, so don't be surprised by the subtitles, and please don't try looking for one of Netflix's trademark terrible dubs.

There's no doubt that Oxygen star Melanie Laurent is an accomplished actress and director in her own right, impressing in front of the camera in Tarantino's Inglourious Basterds, as well as behind the camera with distinctive features like the underrated noir Galveston. Originally due to star Anne Hathaway, presumably in English, Laurent absolutely carries the whole movie in her native French, weathering the increasing psychological pressure of the situation and attempting to keep you hooked to what is - essentially - a person-in-a-box scenario not unlike Ryan Reynolds' Buried or Stephen Dorff's Brake.

This kind of high-concept premise can carry an entire movie, or damn it, and it makes for a hell of a start to Oxygen, but loses its way somewhere around the midpoint, struggling to maintain the tension with an oxygen supply that's painfully almost exactly tied to the duration of the movie, leaving it a surprising slow-burn given the supposed stakes. And there are stakes established, as the film reveals twist after twist and unravels the layers of truth behind what is going on, but the tempo is all over the place and it's strange because you would presume that a director as adept as this at cranking up the tension would be able to see the issue evident across almost half of the entire movie.

Huge missteps abound - automated attempts to offer either palliative or euthanising treatment could have easily been introduced earlier to keep things on edge; psychological imagery should have been pushed closer into the horror realm to hammer home the character's tenuous grasp on reality; and the 'survival' aspect of the final act should have kicked in much earlier to give the audience something to get behind.

Essentially, a trapped Laurent is forced to spend an hour on the phone, with dodgy reception, trying to figure out where the script is, before we get to a reasonably effective denouement that is, finally, as tense as you'd expect the whole film to have been. Some judicious editing and rearranging of scenes could have probably turned this into an effective 80 minute survival thriller - which is probably what they were shooting for - but the Netflix curse strikes again, leaving you wonder whether the streaming giant invests any of its resources in editing at all, or is happy to just skip that part of the process and dump the damn thing onto next month's lineup solely to meet a content quota. It's a crying shame, because somewhere inside this cumbersome 100 minute movie is another solid effort from a relatively reliable horror director.

Oxygen comes to Netflix in Dolby Vision and Dolby Atmos on 12th May 2021.
﻿