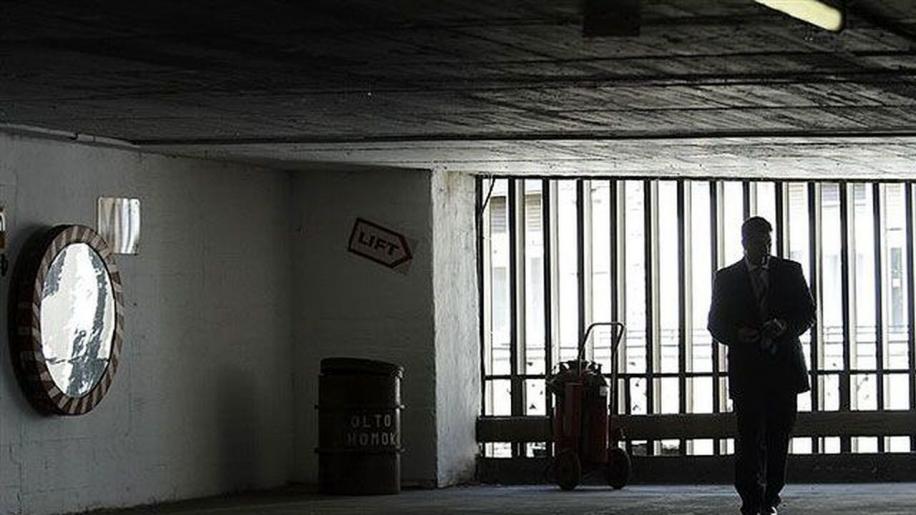 This set is comprised of Overnight, the documentary about Troy Duffy and a second disc of his infamous movie, The Boondock Saints. This review is therefore split into two parts:

This movie is the first (and so far last) attempt at movie making by the bartender turned film maker Troy Duffy, the troubled history of which is chronicled in the documentary Overnight, reviewed below. Originally this movie was destined to have some big names attached to it such as Ben Affleck or Matt Damon, however for various reasons this film never got the backing it had originally attracted and was eventually produced as a fairly low budget production.

The film is set in Boston and follows two Irish dockers who believe they are acting in the name of God as they embark on a crusade to rid the City of all evil men. They are pursued by Inspecter Paul Smecker (played as a gay eccentric with great aplomb by Willem Dafoe) who along with most of the locals secretly admire the boys methods. The locals are so happy to see the wrong-doers wiped from their streets that they christen the boys “The Boondock Saints” because of their religious convictions. They way they dispense with many of their enemies is definitely not very saint-like and one can tell that Mr.Duffy has taken his influences from Tarantino amongst others. This is quite a violent movie with plenty of over the top blood and death scenes. As the Saints work their way through the Boston underground they join forces with a Mafia runner Rocco the “Funny Man” (played by David Della Rocco) and use his knowledge to target a major Mafia family in the area. In retaliation, the mafia hire “Il Duce” a mysterious hit-man (played by Billy Connelly, complete with “Oirish” accent)- someone even more deadly than the Saints themselves and makes for an action packed finale to the movie.

I originally bought this movie on DVD when it was first released on R1 and admit to not particularly enjoying it first time round, so it was with some trepidation that I watched it all these years later. I was relieved that it wasn't as bad as I had remembered; indeed a quick scan of IMDB shows this film as having 7.8/10 with 21,327 votes so all of those people can't be wrong! It is certainly obvious in many places that this was Troy Duffy's first work - some of the acting by the main two characters wouldn't seem out of place in a pantomime and there are numerous implausible situations or parts of the plot that are never explained (such as why the boys can speak about 7 languages fluently yet work in the docks and live in a squat). On the other hand, as a first movie it definitely shows some potential for Mr. Duffy and I can see why there is talk of a Boondock 2. The movie was already elevated by the performances of the supporting cast (especially Willem Dafoe) and I can imagine that with a stronger line-up of main actors and a tighter script, this movie could do even better.

Overnight is a documentary about the rise and fall story of Troy Duffy, a Boston bartender who epitomised the American dream when his first screenplay attracted interest from Harvey Weinstein of Miramax. Weinstein agreed to allow Duffy to direct his own screenplay (The Boondock Saints) and give him a budget of $15 million dollars to make the movie. He also agreed a deal to allow Duffy to produce the soundtrack with his own band (The Breed) and even promised ownership of the bar where he worked. Duffy unfortunately prematurely started to believe his own hype.

Overnight gives a rare glimpse behind the scenes of the business side of the movie industry and should be of interest to the viewer on different levels. The look at the cut-throat darker side of the film industry will appeal to those with an interest in movie making, however the broader appeal of Duffy's own story will captivate most people. This young man obviously has talent - he has musical ability and he did write a screenplay, got it produced and directed it, all with no prior experience. Like many gifted people, he has an insatiable drive and burning self-belief, but unfortunately there is also a fine line between what makes a genius or a tyrant. Duffy's self-confidence soon spilled over to arrogance, aggression and downright rudeness and these traits unfortunately for him (but great for the filmmakers) soon saw Duffy's dream turning into a nightmare as the deals slowly fell away.

This documentary was filmed by two members of Duffy's inner sanctum, labelled as the Syndicate. These guys were making the documentary and were also co-labelled as Band Managers, so had access to most of the key moments of Duffy's rise and rapid fall making it painful but delightfully gratifying viewing. When originally filmed it was purely a catalogue of the events taken at the time and not intended as a lesson in how not to operate in Hollywood. As it has turned out, the filmmakers (who were treated with contempt throughout the documentary) got the last laugh as Overnight has gained more critical success than The Boondock Saints (or the 693 copies sold of Breed's debut album). The fact that The Boondock Saints has gathered somewhat of a cult following on DVD is even more of a bitter pill for Duffy to swallow as the deal with the production company did not include video rights!

Because of its low budget, amateur video beginnings, Overnight is nothing like some of the more successful recent documentaries such as those from Michael Moore. It really is just a collection of archive footage, much of it shaky and poorly shot - but what makes it engrossing is the immediacy of the action. You are witnessing the ups and downs of Duffy's life exactly as he did. One of his opening monologues to his friends is how everyone has told him he will fail but that he will be different - knowing the outcome of this story, it makes such moments more cringe-worthy. In his defence however, it does show that not everything that happened to him was due to bad luck or even a lack of talent - the film implies that because he angered Harvey Weinstein with his arrogance, the head of Miramax turned his back on the project. Duffy convinced himself that then Weinstein proceeded to Black Ball him throughout Hollywood and the music industry. Although this might be a bit of self-flattery on Duffy's part, it was admitted by some of the film companies interviewed that the mere fact that Miramax had passed on the film and that Weinstein didn't like Duffy was enough for them to not take a risk on it.

Ultimately, there's no getting away from the fact that Duffy is a self destructive character. His heart was in the right place, but usually his mouth wasn't. The main observation from many of the speakers in this documentary was that he was given unprecedented opportunities and he threw them away by alienating all of those around him and this is a classic demonstration of "don't upset those on the way up as you may meet them again on the way down". It was a shame there wasn't more of a follow up at the end of the piece, because despite showing all of Duffy's friends now working in regular day jobs (painter, checkout clerk etc.), we know that Duffy is working with his brother Taylor on Boondock 2, so he must have done something right in the end!