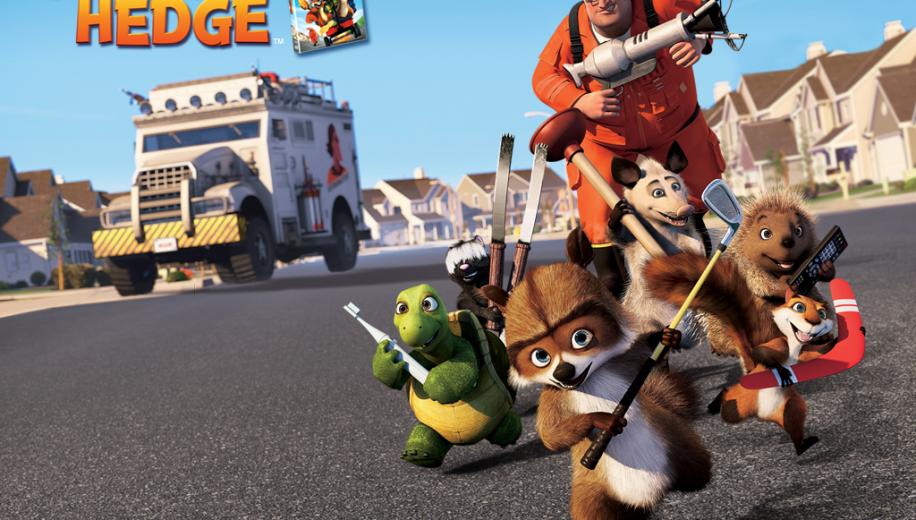 It's a CGI movie and therefore it should look gorgeous. It does. It really does. It's a superb transfer, even if it has been kept in the digital realm. Colours are bold, bright and vivid, no compression artefacts are seen, no noise is present and grain doesn't exist either. Even during the night time scenes, the screen is dark yet maintains an amazing level of detail, especially considering this is a standard DVD release. Now, it may look better in a high definition format, but this is a very good example of how good DVD can really look. The hairs on Vincent, whiskers on Stella, the blades of grass on the lawn......the list goes on. It is this level of detail that you can see that is quite amazing as well as how sharp everything look on the screen. I have to say, this is one of, if not the best looking DVD I've seen in a while. With a Dolby Digital 5.1 soundtrack, this is pretty decent, but not exceptional. It's not a particularly aggressive soundtrack, indeed I had to turn it up a little louder than normal, but with that said, the dialogue is clear at all times and the music part of the soundtrack, while definitely not my cup of tea, doesn't get in the way. Some excellent surround effects are present such as the steering of front to behind when one of the characters is talking and runs “behind” you. The LFE is also deftly handled, while not aggressive in its use, you can definitely hear and feel the impact it makes, such as when RJ and Verne shoot up in the sky on a rocket, the bass is present and rumbles nicely to accompany the rockets engine sound. It's not going to be a track you think of to demo, but it's excellent in its subtlety. Disc 1 opens with a trailer for Flushed Away, a CGI movie (yes, another one) from the creators of Shrek and Aardman Animation. Our first real extra is in the form of Hammy's Boomerang Adventure, a 6 minute short which according to the blurb on the box, would be the funniest 6 minutes of the year. It's amusing, but nothing more - it's simply a short where Hammy tries to dispose of a boomerang and it won't take no for an answer (although there is more to this than meets the eye). It has the original voice talent and as said, is amusing, but that's about it.

Next up, as we work across the menus, is an advert for “Bee Movie”. It's a movie about bees is as much as this tells you and I have no idea why it's there. DWK takes you to the DreamWorks Kids area, where you can access Hammy's Boomerang Adventure again, Critter 411 which is a 4 minute “pop-up video”, detailing various facts about the real animals that are featured in the movie. Anything to educate can't be bad. We then have the Games & Activities area of DWK, which offers a game in the shape of Backyard Obstacle Course, which is a very simplistic game, where you need to use the red laser to lure Hammy around the backyard, as in the film. Simplistic is the nicest thing I can say about it, but maybe 3 year olds will be amused. The disc also highlights that there is DVD-Rom material available as well here.

Behind The Hedge is the section of the disc where we get to go behind the scenes, with featurettes such as Behind the Hedge, Meet The Cast, The Tech of Over The Hedge and so forth. It's entertaining enough, if that's your thing, but if you don't particularly like sitting through galleries and the like, then you won't appreciate these. However, I would suggest taking the time to sit through the making of and the cast featurette. Finally on this disc, we have an advert for Shrek 3. Not a trailer, just an ad.

The second disc is split into 4 parts, Halloween, Holiday, Spring and Summer. Halloween has 3 parts to it, Virtual Hammy, Hammy's Dance and Hammy's Halloween Fun. Holiday has Bear Cam Weblink, Activision Game Demo and Hammy's Holiday Festivities. Spring contains Hammy's Boomerang Adventure (again), Over The Boomerang and Hammy's Hoppin' Activities. Finally Summer contains Patrotic Primates. The vast majority of these are DVD-Rom based activities with only 3 or 4 actually being accessed via the DVD player. The DVD-Rom software requires a Windows XP based PC with IE 5 and Adobe Acrobat Reader 5.0 or higher. Mac users are not catered for at all. A very entertaining kids movie which will entertain adults too. It does have an absolutely superb transfer, decent soundtrack and a large amount of extras that, sadly, won't help if you don't have a PC at home. There's a single disc edition available, but you should be able to pick this 2 disc edition for not much more. I can see this being in a fair few Christmas stockings in a few weeks time, as it's a good movie for the whole family to enjoy.