Over the Hedge Movie Review 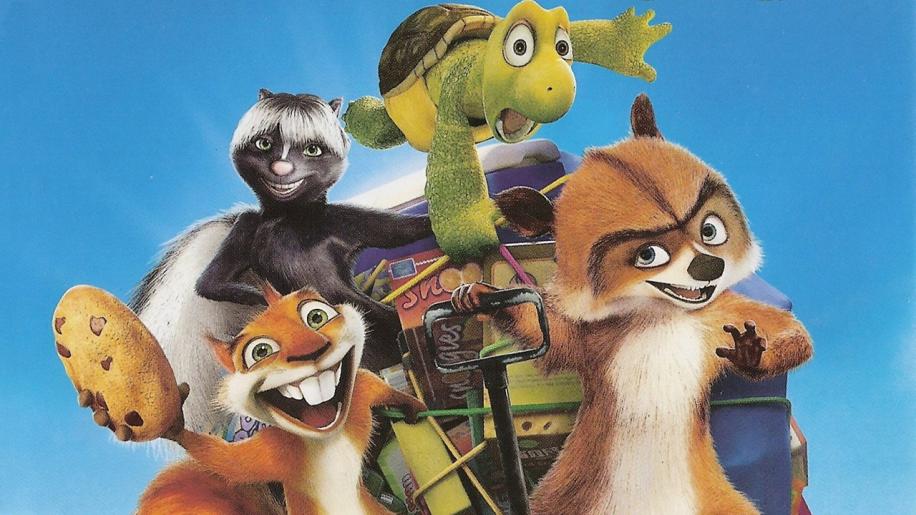 Animated movies, in particular CGI based animated movies seem to be flooding the scene. It was impressive and almost awe inspiring when Toy Story hit the screen, but this year we've been to the Wild, we've been Hoodwinked, we've been Flushed Away, driven in Cars, had Happy Feet, revisited the Ice Age and now, we're going Over The Hedge.

The film is based on the syndicated comic strip that is written and drawn by Michael Fry and T.Lewis and revolves around two main characters - RJ the Racoon, voiced by Bruce Willis, and Verne the Turtle, voiced here by Gary Shandling. The premise of the movie is simple - it's almost an introduction to the comic strip if you think about it. RJ, is scavenging for food and is failing miserably, but against his better judgement, if you call it that, he decides he will steal “just what he needs” from Vincent, the grizzly bear (voiced by Nick Nolte!). However, instead of stealing the bare necessities, he steals everything and he almost gets away with it, if not for his greed. Due to deciding he needs a tin of “Spuddies” (Pringles) that are nestled firmly in the sleeping bears paw, he inadvertently wakes Vincent and is caught red handed. Now Vincent is perfectly reasonable - all RJ has to do is hand the food over and all will be well, but unfortunately, the food is knocked down from the cave, onto the road and into the path of a large truck which promptly destroys the food. Vincent, is unimpressed and is within a hair of killing RJ, when RJ makes the following proposition - He'll replace the food in a week on pain of death. Now, this is not as simple as it seems, as it realistically would take much longer than 7 days to gather. However, RJ stumbles across Verne and his “family”, a group of animals who gather food for their hibernation and they do it remarkably well. The forest which they are accustomed to has all but been transformed into a housing estate and their little patch is surrounded by a large hedge, hence the title. RJ cons them into assisting him gather the food from the humans, but when their exploits become too much, the verminator is called in.....

Essentially it's your typical bonding type flick, where everyone lives happily at the end and the moral is typically Hollywood syrupy sweet. However, it's a fun movie, due to the characters, some great animation and some fun characters. Hammy, the hyperactive squirrel, is bound to be very popular with the little 'uns, simply due to his kinetic energy and his mannerisms (putting his hand up for questions, asking to go to wee). RJ is a typical little-rascal type character, sort of lovable rogue if you will, Verne is the sensible one, Stella the Skunk is sassy and so on. I still don't know why they called the squirrel Hammy though - Hammy will always conjure up the image of a hamster!!

Voice talent is huge in this production though - from the aforementioned Willis, Nolte and Shandling, to more interesting choices such as Avril Lavigne, Steve Carrell and Thomas Hayden Church. But, for us oldies of over 30, we do get the pleasure of a self-parodying William Shatner playing Ozzie the Opossum. You can't help but laugh at the delivery of “Lights. Fading. Body. Going cold.” etc. Even a Star Trek reference is present and correct which should amuse too. Anyway, the point is the voice talent is pretty eclectic in comparison to movies such as say Shrek or the Pixar movies but it does work well here.

The animation itself is very good, and unlike Shrek 2, doesn't rely on gimmicks. (For those who don't know my thoughts on Shrek 2, it just seemed like an exercise in saying “We can animate water”). Indeed some of the gags are visual ones, such as the THX gag and it's the little things that make it nice to watch, such as the attention to detail. Of course the humans aren't going to look life like and that's fine and dandy - they look more like the Incredibles than the Polar Express, thankfully. It's a very nicely done movie from that point of view.

But is it any good? Well the kids will love it and adults should get a kick out of it too, from the aforementioned Shatner and THX gags alone, plus several others I shan't list here (if I did, why watch the movie?!), but it does exactly what a movie should do of this ilk. It entertains very nicely.