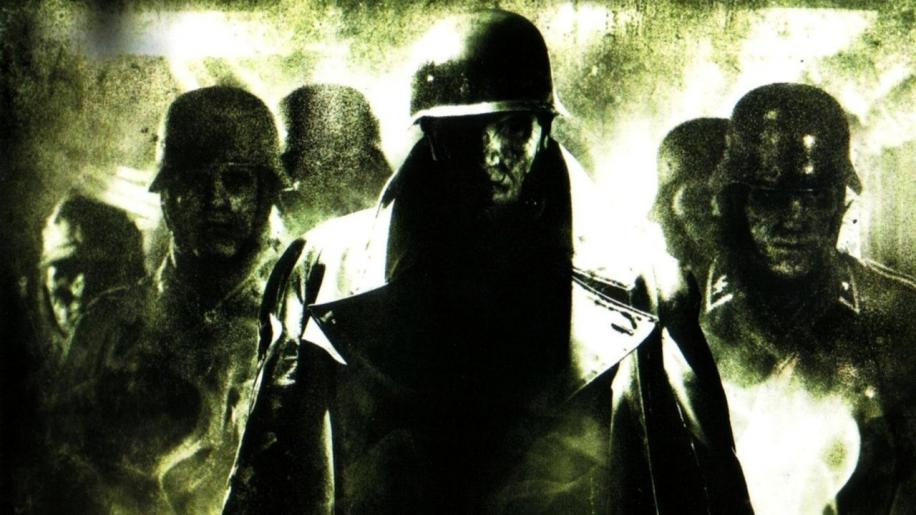 The final disc is dark but beautifully presented at 2.35:1 anamorphic using the standard DVD MPEG-2 codec and being a UK release at 576i.

Colours as mentioned before desaturated to a large degree and this only adds to the isolation as the troupe is trekking through the Eastern European woodlands. The nature of these colours also adds to the haunted tone of the film. The colours stay within their borders well showing no signs of bleed. Contrast has been better with some of the darker scenes exhibiting some crush although it's certainly not the worst I have seen, there is more than adequate shadow detail to enhance those often gloomier moments of the film.

The transfer is acceptable for DVD, if a little soft at times, but there's no noise nor blocking. There is some minor enhancement on display with the mercenaries against brighter sky backgrounds. The film exhibits a noticeable amount of grain in some scenes.

Blacks are adequately handled but obviously do not appear as inky as the modern counterparts on BluRay. At the other end of the contrast scale whites are pretty much pristine in nature with little blooming on show. The colour palette is narrow indeed with earthy browns and greens the order of the day once our heroes are in the forest and in the old bunker. Detail in the bunker is more than acceptable for an SD release with good definition on the machine deep in the bunker's bowels and even on the scared faces of the dead Nazis. This final disc is populated with an English stereo track and a wider more immersive Dolby Digital 5.1 offering. Although the stereo track is adequate in so far that it produces the dialogue well and there's some degree of ambiance it's really the latter option that you should be listening to.


There's excellent panning from the fronts as trucks move in and out of the frame, or background chatter from people is captured and floats from one speaker out wider as they disappear from view. Ambiance is well catered for with excellent weather, i.e. rain effects from the surrounds or the whisp of slight gunfire in the distance of this war torn environment. When the action kicks in though the surrounds really do open up the whole stage somewhat, with ricochets travelling from one speaker to the next.

Like the stereo track the dialogue is well handled from all of the accents on show, although at times hushed it's never indistinguishable, you'll never be straining to hear what's being said. The associated score comes across very well indeed adding depth to the frontal stage, and at times this score goes deep indeed kicking in your sub. LFE use is again on good show when the Nazi's machine is activated bringing back to life these long lost souls. For what is ultimately a budget release these days there's still good set of informative extras here for any film fan to take note of, especially those who at some point wish to venture down the same trail. Of them all I enjoyed the too small mini featurette on the production design and what can be done on such a small amount of cash. You imagine large sound stages with expansive sets, and although the sets in Outpost look and more importantly feel the part these were constructed in an old Govan Town Hall; that brought a smile to my face. I was so glad to get the final disc in my hands, I loved the film when I saw it a few months ago and I still do. The upgraded video and audio coupled with a good set of extras makes this a disc I can recommend adding to your collection. It's always good to see up an coming film-makers attempt a stab at their dreams. Arabella Croft and Kieran Parker risked all for their dreams and it seems to have paid off. Initially releasing to a wide US market seems to have worked with Sony now stepping in to provide the backing for a cinema release here in the UK.

It's the story in Outpost that keeps you glued to the screen, it has a cracking pace with some wonderful acting. As an aside in the earlier review, and most reviews out there these Nazis are referred to incorrectly as Zombies; they're actually haunted, physical spirits. Either way it's not everyday that you see a low budget tick all of the boxes and this one certainly does.

I have always enjoyed a good low budget flick and this is the best I have seen in a long while, give these people some money and it's interesting to see what they could come up with. An excellent initial feature, wisely cast, diligently budgeted and superb location and set design; the end result is atmospheric, spooky and certainly a damn good watch.