Out of Time Movie Review 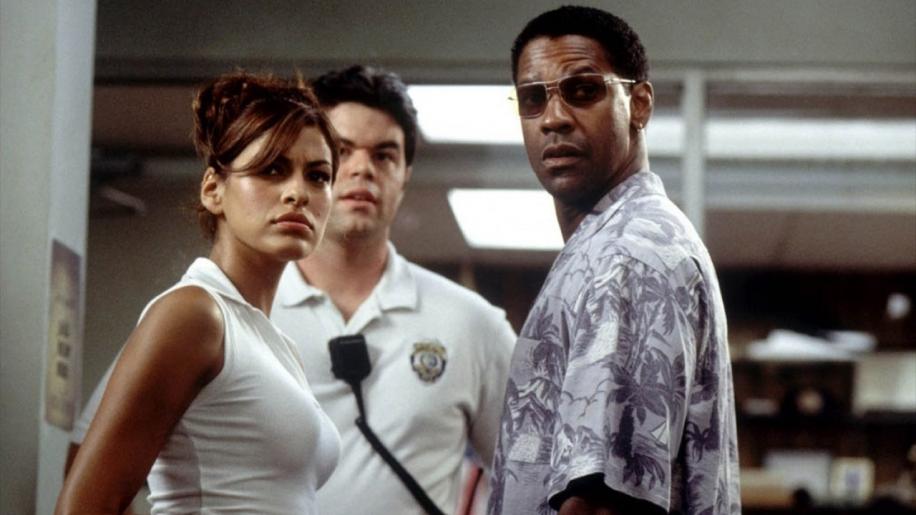 Oscar winner Denzel Washington stars as Chief of Police Matt Whitlock and again teams up with director Carl Franklin for this mildly entertaining thriller. Set in a small Florida town surrounded by beautiful blue seas and basking in tropical humidity, Whitlock is struggling to get over his marriage break-up with his ex wife who happens to have been promoted to Detective (Eva Mendes). But Matt has his success and hits the headlines with a drug bust where they seize hundreds of thousands of dollars and he is having a secret affair with his ex school sweetheart Ann (Sanaa Lathan).

Everything appears to be going along just right until Ann's husband becomes suspicious and Ann herself confides with Matt that she is going to die from Cancer. Desperate to try and help out, Matt takes the drugs money from his police station and gives it to Ann to pay for treatment, in return Ann writes Matt into her insurance so he gets the money back if she dies. However when she fails to meet him after receiving the money, Matt begins to panic until Ann's body is found along with her husbands in a house fire and the cash is gone. Realising that he is now wide-open to accusations of murder with the motive that he is the beneficiary of the insurance, his ex-wife turns up to run the investigation and Matt is about to be caught out.

Out of Time is a pleasing way to spend a couple of hours, but there are a few twists which seem a little unrealistic and the film is wrapped up to sweetly in the end. Washington seems at ease throughout with a pleasing performance and the supporting cast are also very good, I just feel that if a little more care had been placed with the script we would have a superb thriller instead of just the mild entertainment on offer.