Our Day Will Come Movie Review 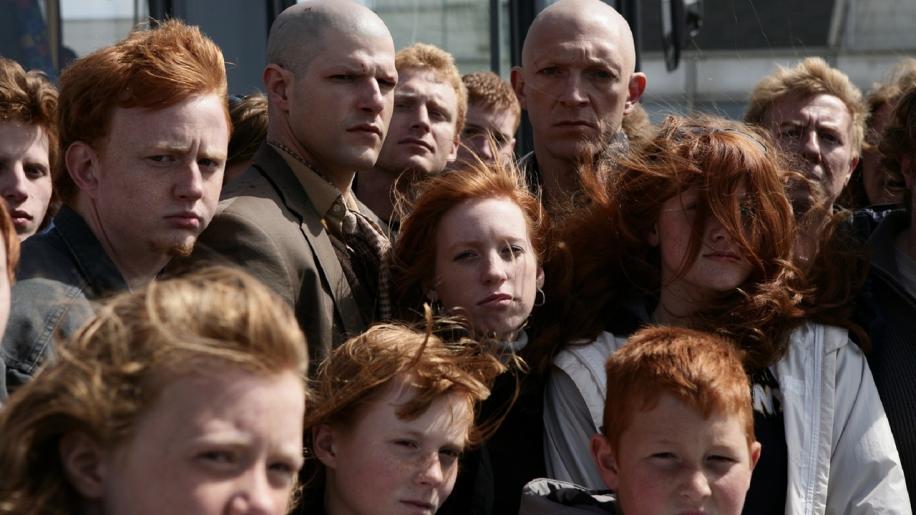 Vincent Cassel made a name for himself at a fairly young age – he was just 28 when he starred in the acclaimed French drama, La Haine – proceeding to cameo in the more well-known Elizabeth and The Messenger: The Story of Joan of Arc; whilst also taking the lead in a few French-language films: the violent hyper-frenetic actioner Dobermann, the fast-paced mystery action-thriller, Crimson Rivers, opposite Jean ‘Leon’ Reno; and the magnificent Brotherhood of the Wolf. Whilst he does still drop in for a few Hollywood cameos (most notably in the Ocean’s sequels), they only pepper his largely French-based filmography; and he’s starred in about half a dozen movies with his Italian wife Monica Bellucci (must be a real drag being married to one of the most beautiful women on the planet). Recently he took a fairly prominent supporting role in Aronofsky’s Black Swan, opposite an Oscar-winning Natalie Portman, not long after taking the lead in the solid biographical French two-parter, Mesrine. He’s got it made, doesn’t he? Hell, he’s even proficient in capoira. But last year – probably shot before the release of Black Swan: and thus before it proved so commercially popular and boosted his international fame – Cassel starred in Notre Jour Viendra (Our Day Will Come), an odd and unpalatable little French art-house flick which really has very little redeeming about it.

Remy is a repressed teenager who gets bullied at school for being a red-head. He’s socially inept; an outsider and loner who is frustrated by the harsh world around him. Patrick is a counsellor who is bored with the troubles and woes that are poured out to him every day. One day, after Remy loses his temper with his mother and sister, the police are called because of the domestic disturbance – and he runs off down the road. Patrick picks him up. Feeling sorry for him, he soon psychoanalyses the kid and realises that he needs to be taught to stand up for himself – little does he know, that by tapping into Patrick’s darker side, he may unleash something that even he can’t stop.

Our Day Will Come is a fairly painful experience. There isn’t a single character you like, or understand, and, even if you’re not supposed to – even if all that’s required is an awareness that there may well be people like this out there in the world – the film fails tragically because, by not caring about the characters, you simply don’t care about their plight. Not one bit.

It doesn’t help that both characters have so little in common – other than being both extremely weird and both sporting red hair (a tenuous link if ever there was one). Why Patrick decides to ‘help’ Remy goes completely unexplained. Worse still, it soon becomes apparent that he is not helping the boy, but making him worse – using him to unleash his own repressed psychotic tendencies.

Then we have the issue that their actions aren’t all that extreme – just odd. This isn’t Natural Born Killers (not that we need it to be, but that might have been an interesting twist – a French take on Natural Born Killers / Bonnie & Clyde, only with two male protagonists instead) and these two do some pretty petty stuff – racially aggravating a car dealer, getting into trouble with underage girls, and causing mayhem at somebody’s wedding. It is all quite random and uneventful. And really dated, as if this film could have been made off the back of La Haine and it may have made a little more sense.

Vincent Cassel seems to love these kinds of odd roles. One out of three of the roles he takes appears to be twisted and unpleasant like this – and the majority of them don’t work all that well, leaving him merely the go-to French actor for nasty, semi-psychotic characters whose often disgusting actions often go wholly unexplained. He got away with it in Birthday Girl, but Derailed was too far in the wrong direction; he also did ok in Eastern Promises, but then did Sheitan off the back of that role – a film where he played some kind of satanic shepherd. Maybe he just likes odd roles that nobody else would give a second look. But there’s a reason why nobody else wants to play these parts, and here, as the twisted Patrick, his skills seem utterly wasted.

Olivier Bartelemy’s contribution as the repressed teen Remy is marginally more understandable, but, mainly because he is clearly a far worse actor, the end result is even harder to watch. At the start of the film you just want to slap him; but it does not take long before he graduates from precocious teen to whining semi-psycho – and police intervention, or a bullet to the head, would not go amiss.

Don’t get me wrong, I do understand what themes the movie is attempting to put forward – and the style and verve that the upcoming young music video Director Romain Gavras was trying to give the piece – but that does not make the package any more worthy or palatable. Gavras previously explored the theme of ‘the world is against redheads’ in his music video for MIA, Born Free (also included on this disc – as it was the inspiration for this movie), but here, rather than showing the world against redheads, he shows two redheads who inexplicably team up to take on the world. And without a decent justification, the tenuous reason for this outburst just does not hold up, taking the movie down with it too.

That it intends to dissect teen issues of confused sexuality, social awkwardness and questions over identity, largely makes no difference to the value of the piece when you don’t like, care for, or understand any of the characters or their motivations in the slightest bit. Seriously, this is the kind of film where a young couple in a Jacuzzi are held at cross-bow point whilst one of the characters first urinates in the Jacuzzi, and then gets in – naked – and starts pleasuring himself by looking at the wife. Does the Director really think this makes sense as a response to the ‘mistreatment of redheads’ (if there even is such a tangible thing). The pointlessness of this movie is almost at the level of the Michael Haneke film Funny Games (either the original or the US remake – they were both shot-for-shot identical, and both directed by Haneke), and similarly, whilst, on paper, I can sort-of understand why they seemed like intriguing projects, the end result is still basically pretty unwatchable. A shame really, because Cassel deserves better – either he’s got terrible taste (which doesn’t seem evident considering his taste in women), or he’s got a terrible agent. As probably the biggest reason why people will be drawn to this movie, I strongly recommend you resist the urge, and check out any of his other films in preference – aside from the little-known but excellent Sur Mes Levres (Read My Lips), and the hard-to-watch Irreversible, there are also plenty of far more obscure Cassel films out there (from Blueberry to Secret Agents), which all have something to offer (Personally, I'm going to take away the sour taste of this movie with Brotherhood of the Wolf, review to follow shortly...) Notre Jour Viendra doesn’t have anything going for it, and doesn't get any kind of recommendation from me.