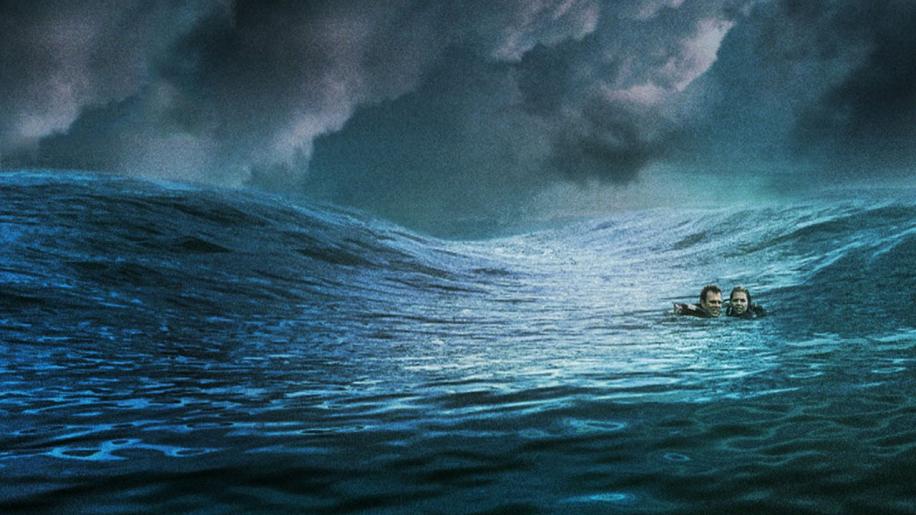 Shot with hand-held digital cameras, the image quality here is a mixed bag. There are a number of excellent, pin-sharp images presented - particularly in the sea - where skin-tones look realistic and the sea and various shots of clear then brooding skies are rendered wonderfully. Colours are rich and swathes of blues are often clean and free of compression artefacts. Blacks look solid and deep and edge enhancement was not visible on my 42” review screen.

That said, however compression does raise its head in a few areas, and there are obvious signs that this is low budget fare - notably the early scenes suffer from a distinct softness with a little colour blooming in places. It's actually only when we switch to the pure sea-based scenes that things improve, and that's probably helped because the cameras swaying all the time. Presented in half bit-rate DTS-ES 6.1discrete (768bkps) and Dolby Digital 5.1-EX (448kbps), the soundtrack is a subtle but effective mix. Whilst never wowing, there is a good level of detail, with the rears being used reasonably effectively in the sea-based scenes. Full with ambient detail, it's evocative and even if the movie is unengaging, the soundtrack helps to pull the viewer in.

Front soundstage integrity is good with precise imaging, and bass - though never really low on the octave scale - provides welcome weight to a number of scenes where appropriate. First up are two audio commentaries, one with both actors and the other with the Director and Producer - both are fairly engaging, but especially Chris Kentis and Laura Lau's, where the two offer interesting anecdotes on the making of the movie, and where conversation flows freely.

Next up is the standard theatrical trailer (where the movie promises so much!), followed by a selection of utterly missable deleted scenes, each of which are mainly around 30 seconds duration. Of more interest - certainly to budding film makers - the short but sweet “Indie Essentials - Gearing up for a Marketable movie”. Sadly at 5 minutes long it's hardly detailed and in my opinion a real missed opportunity, as the independent angle is one thing that may appeal to many potential viewers.

Next up is the normal substantial “Making of” documentary, which runs for 15 minutes and is a real eye-opener to the realities of making a movie on a low budget (i.e the crew was Kentis and producer Laura Lau, and the actors had to do their own makeup etc), finally there is some uninspiring “Bonus Footage” of Kentis on location. Yawn. An average DVD production of an average movie. It looks like the sharks attacked at the conception stage, because there's little meat left on the bones and Open Water remains firmly in the soggy category.