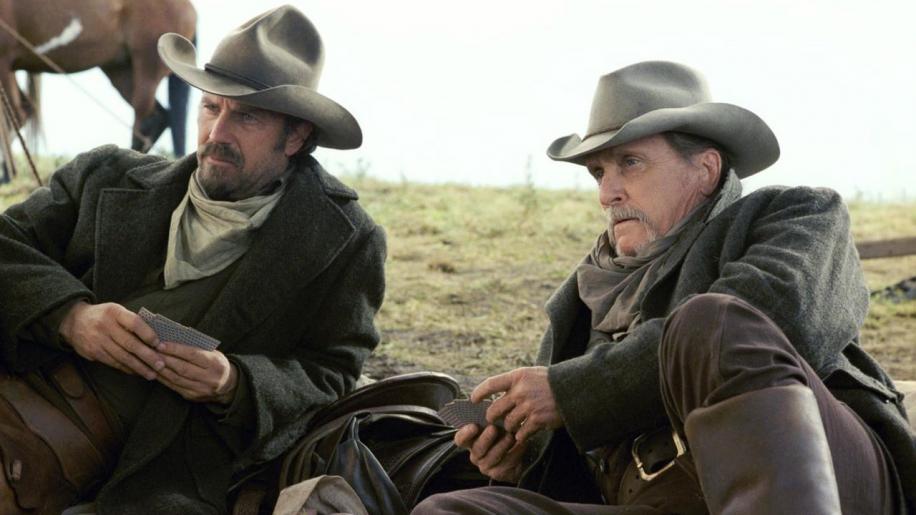 Boss Spearman (Robert Duvall) and Charley Waite (Costner) are free grazers - cowboys who utilize the open land of the west to feed their cattle as they trek across America. But free grazers have their enemies, and local wealthy landowner Denton Baxter (Michael Gambon) takes it upon himself to make sure the cowboys understand they're not wanted in his town. When cowhand Mose is beaten senseless by the bought and paid for sheriff and his men Boss and Charley have a decision to make - do they stand up for their friend, and their rights, or do they get Mose patched up, take the hint and quickly move on? Suffice to say - they do not move on, and tragedy soon follows.

Open Range has some of the most beautiful images I've seen in a western... and I include Dances With Wolves in that statement. For me Kevin Costner, the director, wears his heart on his sleeve and I have nothing but praise for his undoubted abilities. This is one of those “solid” movies; it doesn't push the boundaries or offer anything really new to the genre in the same way that Eastwood's Unforgiven did, but it achieves it's goal by way of a strong cast (including Annette Bening and Michael Jeter) and a simple, yet solid story.

I liked this movie. It has an honesty about it, if that makes any sense, and it manages to entertain on many levels, not least Costner's artful direction and Duvall's laid back, yet masterly acting. Open Range deserves to be in your collection.