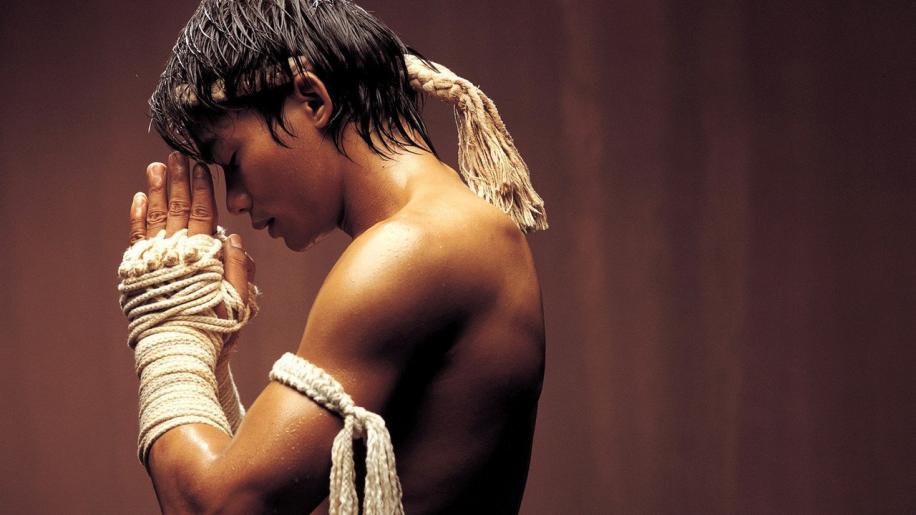 The disc has been given a theatrically correct 1.85:1 aspect anamorphically enhanced for widescreen TVs picture with an average bitrate of 7.75 Mbps. Considering the films origins this picture is quite exceptional, even if there are one or two problems. First off detail levels are excellent; nothing is lost, everything sharp, too sharp in places but more of that later, with clear definition even when there is very little light. The colour pallet chosen is rich tending towards the red/yellow with no hint of bleed. However, I felt that there was occasion when the colours thinned somewhat, especially in exterior shots, particularly the bike chase. Edge enhancement was a bit of a problem too, a consequence of the detailed image unfortunately, but this was the only digital problem, compression artefacts were nowhere, no doubt because of the high bitrate. Finally, film gain was also visible in various scenes, mainly outside shots. Traditionally Asian films tend to look rather poor compared to western releases, Ong Bak is not one, while it is not quite as good looking as, say, New Police Story it is far better than most. No such problems with the sound though, so long as you ignore the English dub! The Thai Dolby digital 5.1 track is the track to watch this film too, though not as totally immersive as I would have liked it was still jam packed with plenty of surround action. From the 'matrix-esc' score to the fist slaps and kick thumps there is plenty of action for the speakers. The range was a full spread with deep rich bass all the way to clear high end, nothing was lost. Little direction from the dialogue, all centred at the front, most everything else has some sort of representation throughout the rest of the speakers. Even if the score was changed for this American release, it fits with the film giving it an energy, even if it does become a little obtrusive towards the end.

The English dub is a travesty, not only is it poorly done, but the pitch of the rest of the film is a least a semitone off, I found it excruciating. A quick word on the subtitles; seem to be a literal translation, are set at the bottom of the screen in a reasonable white font with correct spelling and grammatically correct. Also caters for hard of hearing too as it informs on 'indistinct noise' and 'hip-hop' music. The extras list at first glance looks impressive, but actually there is very little to do with the film here; almost nothing when you compare to other versions.

By far the best extra is the Behind the scenes stunts footage. It showcases three of the stunts, the bike chase, the kicking with the feet on fire and the second ring battle. This is real shaky camcorder work and is further proof that everything was done for real during this film, very interesting.

Next up we have a live demonstration with Tony Jaa and some stunt men at a French film premiere, last for a bout a two minutes and further demonstrates the mans skill.

There is a short presentation of some of the main moves used in the Muay Thai martial arts form used in the film.

There is a rap music video which even though I watch I found totally boring and can't even remember the name of the band. To add insult to injury there was also a making of featurette for this video, in French with English subtitles, equally uninspiring.

There is a promotional video of the film featuring The RZA (of Woo Tang Clan fame apparently). Why?

Finally there are six of trailers for the film including teasers from both Thailand and France and one introduced by The RZA again. Ong-Bak in an amazing watch, a thrill a minute, no holds barred action beat-em up with perhaps a little more under the surface if you're prepared to look that far. It deserves to do well. As a DVD Fox have delivered a very decent film with good sound, even if the package is a little weak. I know of at least one version with a very comprehensive (and relevant) extras package and fans may find themselves drawn in that direction.