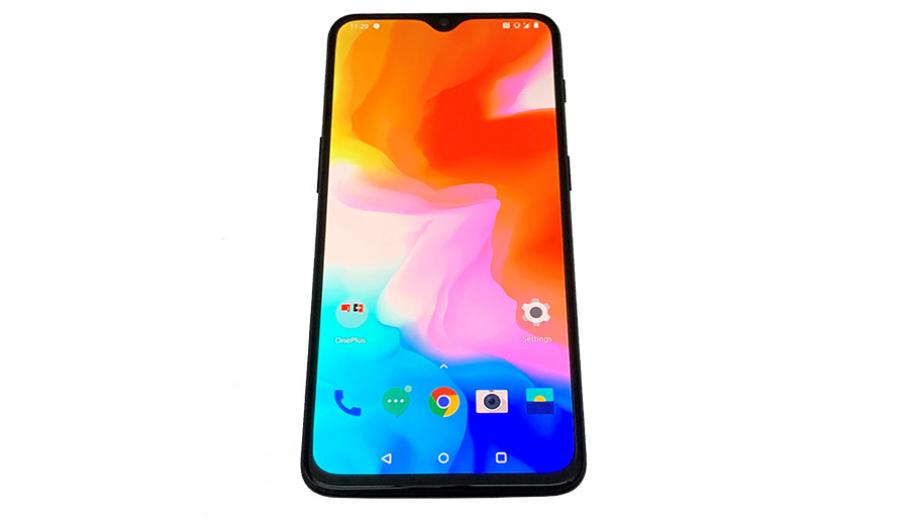 What is the OnePlus 6T?

One of the most innovative and striking phones to emerge in the last months of 2018, with strong designs and genuinely ground-breaking features. The OnePlus 6T comes from smaller brand OnePlus which is related to, but not owned by, Oppo, based in Shenzhen, China.

Technology upgrades include an eye-catching new security feature: a fingerprint sensor actually buried in the display instead of near it.

And then there's charging. While the OnePlus 6T charges very fast, it lacks wireless charging, even though it has a glass back as well as front.

Also at £499, the OnePlus 6T is cheaper than most rival flagship phones. Black is the colour of the OnePlus 6T, coming in two versions, Mirror Black and Midnight Black (shown above), shiny and matte respectively. There's a third colour just revealed, Thunder Purple, plus a special tie-in with automotive manufacturer McLaren on its way. All look good, though the mirror black is my favourite, even if it does attract fingerprints.

It has a notch in the top of the display where the camera sits, tiny like a drip from a tap or a teardrop, perhaps.

Build quality is also strong on this phone. The edges are not quite so perfectly smooth, I'd say, so you won't really want to roll it through your hands like a worry stone, but it's still an elegant, handsome phone.


Despite continuing to include a 3.5mm headphone jack in the OnePlus 6, the 6T ditches it

There is a screen protector in place when you buy the 6T, which is a nice touch. And because it’s been applied professionally, there's nary a bubble in sight.

The rear of the phone is more conventional to look at: an expanse of black (or purple) interrupted only by the OnePlus logo and cameras, which sit in a row down the centre of the phone. The logo, by the way, and the words "Designed by OnePlus" which loiter down towards the base of the phone, are very slightly, subtly in relief, so your fingers can feel them.

The two cameras are in a marginally raised section, with the flash, flush, beneath.

Waterproofing is a big thing with smartphones these days, and OnePlus says the phone is water-resistant but it doesn't have an IP rating. They say this requires certification which increases the price of the phone.

Oh, one other thing. Despite making quite a thing about continuing to include a 3.5mm headphone jack in the OnePlus 6, the 6T ditches it. Which brings it in line with the Mate 20 Pro, and most other flagship handsets, apart from Samsung. Everyone seems to have embraced the notch

The OLED screen on the OnePlus is 6.41in with a resolution of 1080 x 2340 pixels, that's 402 pixels per inch (ppi). It’s sharp and detailed, with a series of especially vibrant wallpapers which make it eye-searingly bright (but in a good way).

You can disguise the notch so that it almost vanishes. This is done by software, of course, and works by shading the bits of display sitting left and right of the notch black, so the display appears to have a straight top edge with just information like time, signal strength and so on appearing in the upper area.

This visual change was created because it was imagined that nobody would like the shape the notch created, though in fact now these cut-outs are commonplace on phones, everyone seems to have embraced the irregular shape and not minded. Still, it's nice to have the option. This is one of the main, and undeniably cool, benefits of this new phone. Where phones used to place the fingerprint sensor directly next to the screen, or on the back, or even, in the case of Sony, in the power button, this phone breaks ground by putting it right in the display. You actually press the screen to unlock the phone.

The advantages are several: fingerprint sensors on the back of the phone are awkward if you just want to unlock the screen without picking the phone up.

Another advantage is that when the sensor is on the phone's rear, it's very easy to smudge the camera with your finger as you fumble for it.


Usefully, the sensor is around an inch up from the bottom

So, the arrival of a sensor mounted underneath the display is especially convenient.
I found setting up the fingerprint took care and a little time to get it right. I also found that when I registered my thumb in an entirely vertical orientation that I had underestimated the angle from which, in real life, I would actually be approaching the handset. I registered it again from a slightly more of a diagonal and responsiveness improved massively.

The sensor worked well, though not as fast as, say, the Touch ID sensor on the iPhone 8, but it still only takes a fraction of a second. Usefully, the sensor on the OnePlus is around an inch up from the bottom. The OnePlus camera is the same as on the OnePlus 6 released earlier in the year, that is, a pair of lenses. One is 16MP, the other 20MP and the algorithms and software have been enhanced to respond better to faces or text or food, for instance.

Overall, the results were strong on the OnePlus, apart from a slightly muddy finish in low light where detail was limited. Software on an Android phone is all the same, give or take a few icons and different bloatware, right?
Not really. The software here is very different from vanilla Android. OnePlus uses OxygenOS which looks more like stock Android but has subtle customisations that make it more usable. So, for instance, if you want to pull down the notification screen, you can swipe down from pretty much anywhere onscreen, you know, from where your thumb can actually reach. A detail, but a useful one.

The OxygenOS software has improved massively in recent years but it still might not be to everyone's taste. The OnePlus uses the Android industry's favoured fast sensor, the Qualcomm Snapdragon 845, which is no slouch.

In fact, it's hard to find any circumstances in which this phone is anything less than lightning-fast. The OnePlus, as mentioned above, lacks wireless charging. This is a shame as it's such a useful feature. But OnePlus has always maintained that a fast charge is more important than a wireless one and promises to give you a day's use from half an hour's charge.

In reality, it gave me a full day's use with plenty of juice to spare. You can get some way through the second day, too, but you will need some charge to carry you through so, as ever, nightly charges are de rigueur. But in terms of peace of mind, you can have confidence that this phone won't run out of energy. We reviewed the OnePlus 6T alongside the Huawei Mate 20 Pro, and both smartphones are brilliant. You can read the full comparison review here.

The Huawei is the more accomplished, has a bigger battery, better cameras, smarter processor, cooler look and extra features.

But don't think that means it trounces the OnePlus. For many, the OnePlus is more than good enough. And here's the killer difference: the price. At £899, the Huawei is 80 per cent more than the £499 OnePlus. Is it that much better?

Probably not, though I'd still recommend the Huawei if you want the best photographs, the slickest design and the most innovative features.