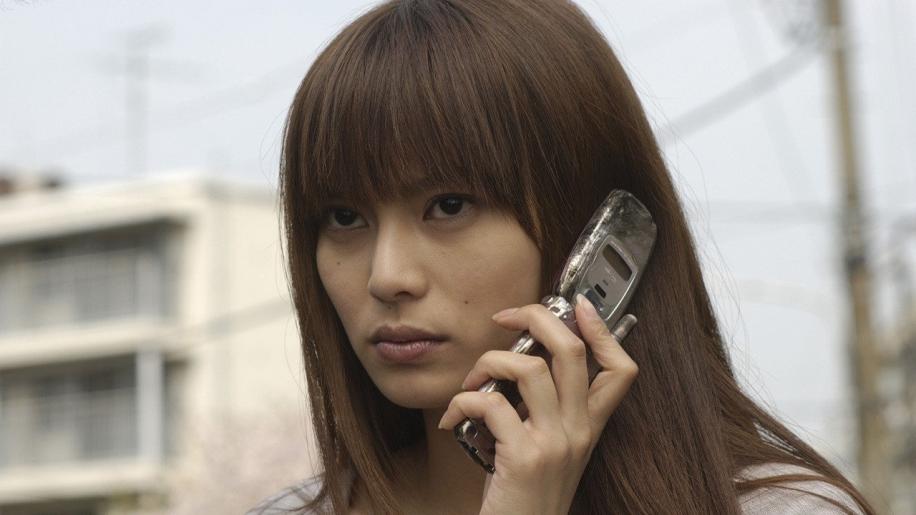 Your best gal pal gets a voice message on her mobile phone while the two of you are chatting in the toilet at a restaurant. The message is dated three days in the future. It's clearly her voice and it's terrified, ending with a sudden scream. You shrug your shoulders, presuming it's a practical joke. Three days later she dies a violent death at the exact time the call was made. Other friends, whose numbers were stored in her mobile phone also receive similar calls. They also die horrible deaths. Then you receive a message. It's your voice... Gulp!

Well, that's the predicament that our heroine, Yumi (Kou Shibasaki) finds herself in. She must investigate the source of the calls before her time is up. The premise of One Missed Call, directed by Japanese bad boy, Takeshi Miike, is incredibly formulaic. Had it come out five to seven years ago, then it would have seemed reasonably fresh, but now with a veritable flood of similar Asian horrors having made inroads west, it seems very predictable and ridiculously derivative. As you would assume from the premise, it borrows very liberally from Ringu, Phone, Pulse, Dark Water, The Eye... heck, I could go on and on. It's amazing how unoriginal it is. Miike really didn't stretch himself on this one. You now know exactly how these things are going to pan out; you've seen it all before. The storylines of these Asian horrors have become as familiar to horror fans as those of Western slasher films, with long haired, pale-faced female ghosts replacing burly men in hockey masks. However, it's not a bad film. Utterly unexceptional and by no means essential viewing, but enjoyable nonetheless. There are some good death scenes with tension filled set pieces in a TV studio and a creepy rundown hospital, and there's a great looking zombie scene, but there is very little of Miike's visual flair or trademark perverse humour. In fact, the lack of humour surprised me, it's played very straight. Maybe the whole thing is one big joke, as it's so uninspired and by-the-numbers that it's as if he 'phoned' his directing in.