Once Upon a Time in China Movie Review 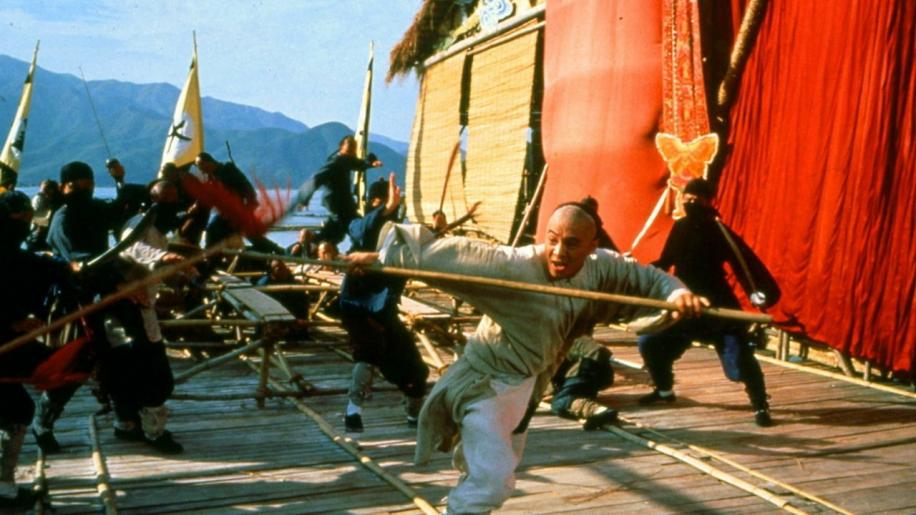 Ever since Bruce Lee set the standard for exceptional martial arts in distinctively unexceptional movies, I have been a fan of no-brain actioners that showcase some amazing moves. There have been many decent martial artists to grace our scenes since, from the unusual and terribly underused Capoera master Mark Dacascos to the portly and over-the-hill but once remarkable Steven Seagal, yet one who has not only survived the transition to Hollywood blockbuster but also kept his head out of the Direct-to-DVD quagmire, is Jet Li. He is about to grace our screens in the highly-anticipated Unleashed where he stars opposite heavyweights Morgan Freeman and Bob Hoskins in a tale that might just provide his best role yet, but back in his Asian days, he was famous for his Once Upon a Time in China movies.

The movie tells the story of Master Wong Fei Hung, one of the Ten Tigers of the Province of Guang Tong, and Chief Trainer of the Black Flag Army, led by Commander Lau. When Lau is dispatched to fight the French Army in Vietnam, Wong is left to look after the area but under a new Commander, who wants to change the old regime. When the English come to do business at the camp a rival gang, led by Shaho, kicks up a fight that further alienates Wong and sees his militia wrongfully arrested. With the threat of Western ships and guns, and railways encroaching on the land, it is a troubled time in this land and Wong has to come to terms with the changes and combat his enemies on all sides with equal aplomb.

Fans of the excellent Sergio Leone Western, Once Upon a Time in the West, or his DeNiro gangster epic Once Upon a Time in America, or even Rodriguez's more recent third Mariachi chapter, Once Upon a Time in Mexico will find that this is a very different kettle of fish indeed. It is much more like a Jackie Chan movie - perhaps the first Armour of God movie - or even Bruce Lee's Fist of Fury, than any of those epic alternatives. On that level, it is quite enjoyable, with several impressive fight sequences - the ladder fight is particularly clever - and almost all of them showcase Jet Li's own inimitable Kung Fu style.

Unfortunately it has little else to offer in the way of substance - it tries very hard but the movie does not quite carry you well enough from one action scene to another. The story does eventually evolve and shape into something of a Western - with duels, rival gangs and ambiguous strangers arriving - but it is almost too little too late. It is also plagued by out-of-place humour, which lends itself more to Chan's style of filmmaking than Li's, and detracts from any serious strands that are supposed to be weaved over the overlong two-hour duration. It also does not help that the subtitles don't quite make complete sense, although I should not really complain - I have seen much worse. Basically, if you like your classic Jet Li - and I certainly can't fault his masterful use of martial arts - then you should be able to happily scan the movie for suitably well-choreographed action, or even watch it all, but perhaps after a couple of beers.