Once Upon a Time in China II Blu-ray Review

Even Bigger trouble in little China 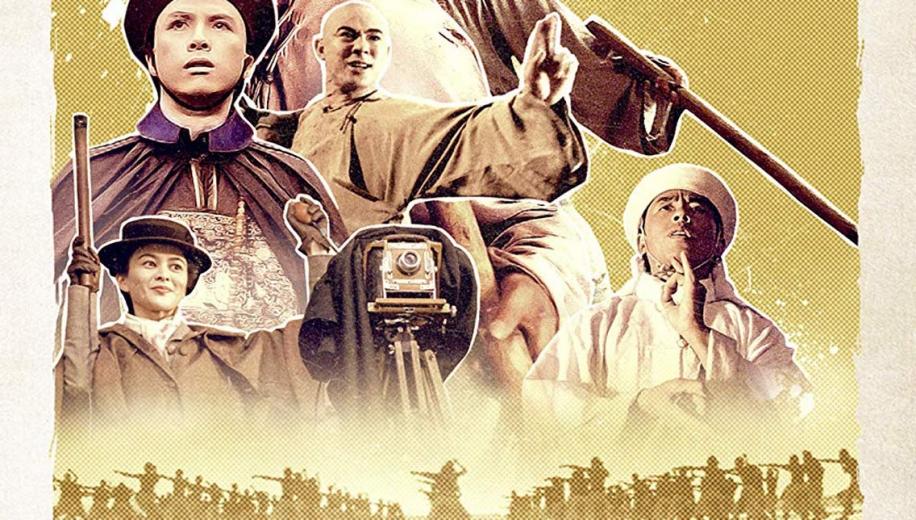 Once Upon a Time in China II Film Review

Tsui Hark's Jet Li and Donnie Yen-starring hit Once Upon a Time in China II is one of those rare sequels that arguably bests the original.

Given that an earlier film series focussing on real life Chinese folk hero Wong Fei-hung lasted a whopping 70 movies, it's really unsurprising that martial arts legend Jet Li's breakthrough to super-stardom, and director Tsui Hark's most successful film to date, Once Upon a Time in China, would only prove to be the first in a series. There was plenty of Qing Dynasty history ripe for embellishment, with the sequel rushed into production and released less than a year after the first film, only to beat it at the Box Office.

The sequel followed the continuing tales of Jet Li's Wong Fei-hung, here travelling to a medical symposium in South China, where a controversial treaty with the Japanese is causing an uproar, with protests in the street and an extremist anti-West cult group, the White Lotus Sect, wreaking havoc - which gets personal when his still-gestating love interest gets kidnapped by them. Added into the mix is Donnie Yen's by-the-book military officer, who is impressed by the skills of Wong Fei-hung but also has to abide by his own military codes of conduct.

More assured than their first outing, returning writer/director Tsui Hark and his star Jet Li deliver a confident follow-up, which has a better structured story upon which to build its impressive fight sequences, again choreographed by Yuen Woo-ping (who would catch the attention of the Wachowskis and do the fight choreography on The Matrix Trilogy), wasting a little less time with frivolities, as can be seen by the half-hour shorter runtime (although they should have trimmed the scenes with the goofy apprentice who fawns over Wong Fei-hung's long-term love interest - again played by the gorgeous and surprisingly bolshy, for the time, Rosamund Kwan).

The politics remain - Hark continues to observe the impact of the West on the East, and keenly juxtaposes the chaos Wong Fei-hung encounters in south China (the setting is not far from Hong Kong) with the then-contemporary departure of the British from Hong Kong, and here they are far better used to refine the narrative and set a rich stage for the action to explode from. Of course, by necessity, this all means that overall there's less wall-to-wall brawling (compared with the last hour of the first film), but the film more than makes up for it with a better story and more satisfying pay-off.

In retrospect, it's really the addition of Ip Man himself, Donnie Yen, that really tips this sequel over in terms of superiority over the first. Sure, Once Upon a Time in China is a classic - after all, it kick-started a significant resurgence in the popularity of the entire martial arts genre - but the sequel was more assured, delivering many of the same elements, only in a more refined, polished fashion.

Once Upon a Time in China II Blu-ray Picture The Once Upon a Time in China trilogy of films each earn themselves brand new 4K remasters thanks to Eureka, making their UK debut on a 4-disc Region B-locked Blu-ray set which promotes the series better than it has ever looked before.

1992's Once Upon a Time in China II easily and confidently bests its predecessor right from the opening few shots, celebrating an increased budget, better lighting and more assured camerawork on this frequently excellent 1080p/AVC-encoded High Definition 4K-remastered video presentation, framed in the movie's original theatrical aspect ratio of 2.4:1 widescreen.


It's a great looking presentation, considering that it is still a limited-budget HK production from over a quarter of a century ago.

Affording characters, whether in close-up, mid-range or even, wider, distance shots, surprisingly good detailing on faces, clothing, hair, and background flourishes bringing the various - often elaborate - sets to life with better observation than ever before. There's little, if any, sign of softness this time around, and grain is even more stable, with the feature given a lovely filmic texture that still allows every ounce of fine object nuance to permeate.

The colour scheme is once again a highlight, providing better refinement for rich mahogany browns, as well as deeper royal blues, lush greens, vivid reds and inky blacks. It's a great looking presentation, considering that it is still a limited-budget HK production from over a quarter of a century ago.

Once Upon a Time in China II Blu-ray Sound As with the first film, Eureka offer up numerous audio options, including the default - and arguably the cleanest and best track - a lossless Cantonese Linear PCM 1.0 mono offering, as well as a Cantonese LPCM 2.0 stereo track, a Mandarin LPCM 2.0 stereo dub and an English DTS-HD MA 5.1 track.

Again, due to the difficulties in finding a common language (much of the cast speak Cantonese, but many speak Mandarin too), there really isn't a preferred track in terms of dialogue - aside from avoiding completely the terrible English dub, it really comes down to technical prowess as even the 'original' Cantonese audio still has plenty of frustrating sync issues.


It's a strong audio track, and likely the best the film has ever sounded.

Nevertheless, you're seldom concerned about mouth movements in a subtitled film where it's the fists and feet which do most of the talking, leaving a front-dominated offering which is still rich and solid, but authentic to the original style of the piece. It may not have the expanse of the English 5.1 dub, but that's just an appalling choice, and the remaining options are surprisingly tinny by comparison to the main default mono track, which delivers the core elements with refinement and clarity throughout.

Gunshots, sword clangs, flaming arrows, painful body blows, and whistling trains all contribute towards the dated but still competent effects, whilst the score continues to allow for some warm background support. It's a strong audio track, and likely the best the film has ever sounded, even if it's hardly noteworthy when compared to what the format is clearly capable of.

Once Upon a Time in China II Blu-ray Extras 
A great selection of extras.

And again, as with the first film, the second film actually earns itself a great selection of extras in its own right (even if the overall score for the extras is biased by the fact that the release itself has to boast the best extras package of the year purely due to its inclusion of a whole additional movie!).

The second film's extras are headlined by another Commentary from Mike Leeder and Arne Venema, which is supported by the Interview/documentary, Mike Miller: Memories of Once Upon a Time in China II, as well as the second part of the Documentary The Legend of Wong Fei-hung (here given the II moniker), an Audience with Jet Li, and an Interview with Donnie Yen, all rounded off by the Original Theatrical Trailer.

Once Upon a Time in China II Blu-ray Verdict

Once Upon a Time in China II Blu-ray Review 
One of the best packages of the year.

Once Upon a Time in China II's 4K remaster ends up looking even better than its predecessor on Eureka's Region B-locked UK Blu-ray release, with a solid audio offering and the aforementioned fantastic extras selection, rounding out one of the best packages of the year.