Once Upon a Time in China and America Blu-ray Review 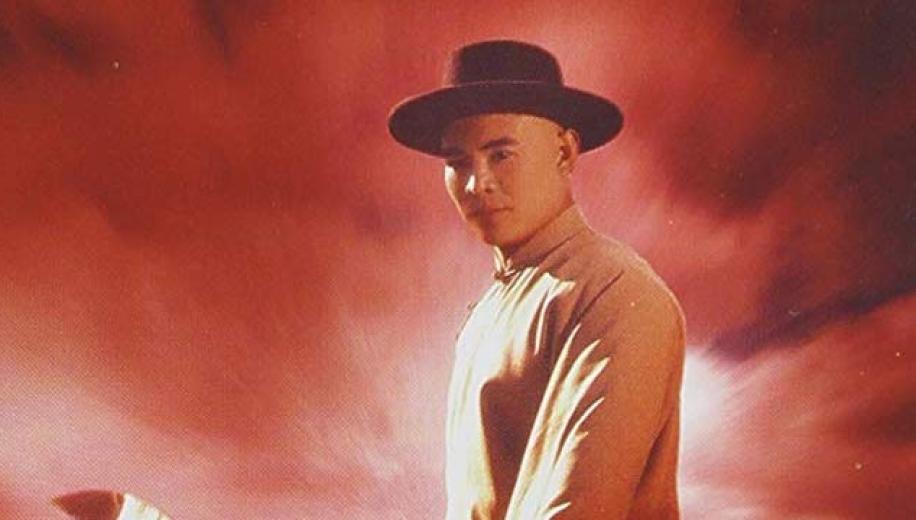 Once Upon a Time in China and America Film Review

Returning to the role after a 2-film absence, Jet Li's Once Upon a Time in China and America doesn't quite recapture the magic of its predecessors.

After Tsui Hark's original Once Upon a Time in China trilogy, which he wrote, directed and produced, both Hark and his Wong Fei-hung, Jet Li, departed the series and, within weeks, a further sequel had been commissioned without them (Hark would return to produce and help with the writing, however). Shot on a much lower budget than the earlier ones because it lacked the pulling power of Hark and Li, and turned around in record time for the series - it would be released just 4 months after Once Upon a Time in China III. Although the least popular - both commercially and critically - of the series, it was so low budget that it still turned a profit and earned a further sequel, Once Upon a Time in China V, which saw Hark return to the director's chair, but still lacked Li, and subsequently also performed poorly at the Box Office.

Eventually, in 1997, Jet Li was persuaded to return to the role, to close out the series with one final film, sometime confusingly referred to as Once Upon a Time in China VI (confusing because of Li's absence in the prior two movies) but more appropriately known as Once Upon a Time in China and America, a somewhat ironic title and story as it followed Li's character's voyage to the Wild West of America at around the same time Li himself was making his transition to Hollywood movies, with his debut in Lethal Weapon 4 just around the corner.


Failing to prove the momentous bookend that the series deserved.

The story sees Li's Wong Fei-hung making the long voyage to America and encountering both cowboys and Native Americans, seeing a whole different kind of in-fighting within the lands and amidst both kinds of 'tribes', as a corrupt mayor and his gunslingers oppress the Chinese immigrants, and the Native tribes vie for leadership amidst themselves. Wong Fei-hung suffers from amnesia through much of it (nursed by David Lynch's striking muse, composer Chrysta Bell) eventually getting embroiled in a 'grand' conspiracy which throws Mexican bandits and a bank robbery into the mix.

Although Li would return to the series, the franchise would once again lose director Tsui Hark (who by this point had directed four out of five instalments, and written all five), and would not even be written by him, with celebrated martial artist and filmmaker Sammo Hung taking the reins in his last directorial effort before an almost 20 year hiatus, and a whole slew of some 5 writers cobbling together the paltry excuse for another outing. The film definitely benefits from Li's return, and the return of Rosamund Kwan's long-term love interest, "13th Aunt", as well as a little less of the silly wire-fu that defined Li's last outing in the role (although there are still some hilarious 'flying' moments), but the Wild West clash isn't as colourful as it could have been, getting confused with its split-stories of corrupt gunslingers and warring tribes (when either would have sufficed), and failing to prove the momentous bookend that the series deserved.

Once Upon a Time in China and America Blu-ray Picture

Once Upon a Time in China and America has not been given anywhere near the same lavish treatment as the other films in the series, not least in the fact that it was not privy to a 4K restoration but actually in that the restorative work done here was either not really up to scratch or - as is perhaps more likely given Eureka's excellent work on the rest of the set - the source print was not in the best condition.


You'd be forgiven for assuming that no work had been done to 'restore' this additional feature.

What is technically the sixth film in the series actually has been reportedly given a 2K remaster here - not that you'd be able to tell - with the resulting 1080p/AVC-encoded High Definition video presentation framed in the movie's original theatrical aspect ratio of 2.4:1 widescreen.

Despite being the youngest in the series (albeit still over two decades old), the film arguably looks the least impressive, losing original director Tsui Hark's broader vision and style that defined the first three entries, and struggling to make much of an impression with its faux Wild West setting, despite being shot 'on location' in Texas. Softness is unforgivably rife, with less intricate textures and finer flourishes afforded the facial renderings and close-ups, and DNR more apparent than before. The colour scheme too is much less impressive, losing the vibrant reds of the first movie, the deep blues of the second and the full spectrum dragon dance colours of the third. Even black levels are disappointing, and if a 2K remastering had not been announced, you'd be forgiven for assuming that no work had been done to 'restore' this additional feature, which is forgivable only because it is merely that - an 'extra feature' and, as such, it's one of the best extra features you could hope to get in a Once Upon a Time in China Trilogy Box Set.

The accompanying audio options are similar to those afforded on the main features, with a default lossless Cantonese Linear PCM 1.0 mono track which stands head and shoulders above the alternative Mandarin LPCM 1.0 or English DTS-HD MA 5.1 alternatives. Curiously, the Cantonese track actually includes the original spoken English from the American cast members, leaving only the Cantonese (and Mandarin) dialect slightly out of sync, although this time the sync is much closer to that on the previous releases.


A decent and faithful accompaniment.

Effects have also matured somewhat, still trading in chop socky mayhem, replete with biff, pow, bangs that wouldn't be out of place in an episode of the 60s Batman TV series, but benefiting from better gunshots (this was 1997 after all, although this isn't 1997 Hollywood - in spite of being shot in Texas) that thunder more penetratively, as well as a few nice body blows, smashes and clopping horse hooves. The score permeates the piece and gives it more flavour, although it feels a little by-the-numbers this time around, and overall - despite the inherent limitations of the track - it's a decent and faithful accompaniment.

Although the film is itself technically an 'extra', it also gets its own Making-of Featurette and some Trailers.

Once Upon a Time in China and America Blu-ray Review Wowing us with two excellent Jackie Chan box sets - Police Story I & II and Project A Part I & Part II - Eureka continue their must-have classic martial arts movies run with this fantastic 4-film 'trilogy' set including 4K restorations of the first three of Tsui Hark's classic, Jet Li-starring films, Once Upon a Time in China I, II and III, reviewed separately, also including the fourth and final Jet Li entry - the sixth film directed by Sammo Hung instead of Hark - Once Upon a Time in China and America, as an 'extra' on its own disc.

One of the best extra features you could hope to get in a Once Upon a Time in China Trilogy Box Set.

Once Upon a Time in China and America makes for a wonderful addition to Eureka's Trilogy box set, even if - despite its 2K restoration - it's hardly comparable in terms of video quality to the other 4K-restored 'main' movies in the set. Nevertheless, it is a great extra to have, with strong audio, and even a couple of its own extras, rounding out what has to be the best extras set of the year on any Blu-ray release, and closing off an unmissable set for fans of the films.