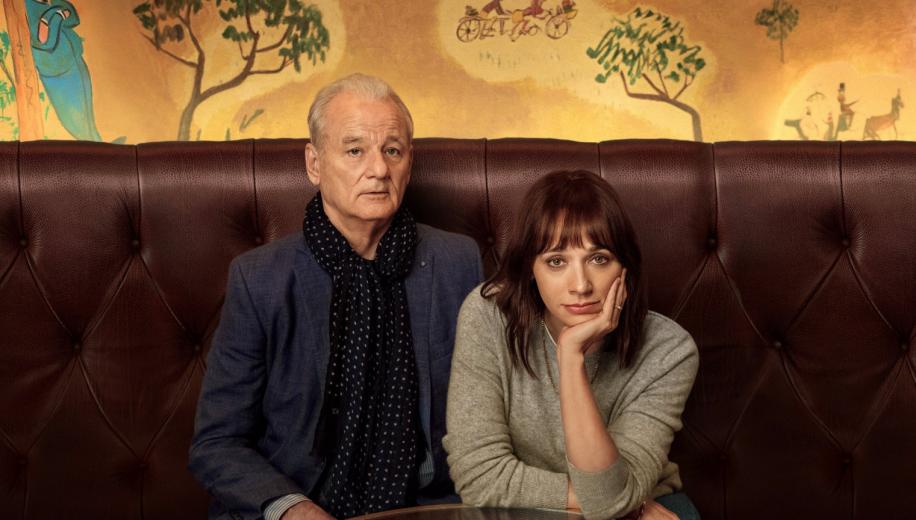 Festival darling Sofia Coppola premieres her latest on Apple TV+, a welcome return to near-Lost in Translation form for both her and star Bill Murray.

Although there's been little fanfare attached to the Apple release of her latest - strange perhaps given the positive word surrounding the movie itself, and plentiful comparisons to her previous Murray two-hander, Lost in Translation - the streaming giant is clearly Coppola's new-found home in a Covid world, between this and its financing and distribution of her next film. It's also a new-found home for A24's distribution, at least for a quartet of movies, with On the Rocks marking the second A24/Apple production, garnering a brief limited theatrical run before hitting the streaming giant for viewers to digest at home in glorious 4K Dolby Vision and Atmos.

Coppola has done an impressive job distancing herself from her father's shadow, becoming an impressive filmmaker in her own right, and making her mark with just her first couple of films - a striking debut in The Virgin Suicides and a stunning sophomore effort with Lost in Translation. Indeed, in some ways, Coppola has been less reliant on her family name and more reliant - whether or not out of choice - on the mythical stature of Lost in Translation, which was its own defining entry in the careers of all involved, and which Coppola has never really come close to matching in terms of sheer magic.

Coppola steers much closer to her Lost in Translation formula here

Her last couple of films have been inexplicable festival giants, drifting into ponderous and pointless territory with Somewhere and The Bling Ring, but Coppola steers much closer to her Lost in Translation formula here, closer than ever before, reuniting with her Lost in Translation star Bill Murray (who she'd also directed in A Very Murray Christmas) for a similar two-hander which involves Murray and a younger female co-star (this time Rashida Jones, also from A Very Murray Christmas) going on something of an adventure together.

The story sees Rashida Jones' author-mother character struggling with writer's block and a hard working husband who she starts to suspect might be having an affair, causing her to perhaps ill-advisedly get in touch with her eccentric, philandering socialite father (Bill Murray), who is - of course - utterly convinced that all men are designed to have affairs and persuades her to set off on a serious of undercover adventures to get to the truth.

Still quintessentially Coppola in terms of pacing and style, with some... interesting score cues, this is her most honest, heartfelt and engaging feature in years, taking a fairly simple story and imbuing it with a sense of depth and pathos. It's relatable, but also as intangibly elusive as Lost in Translation was, offering more character-development-through-incidental-conversation, which works a treat as, well... Murray's here.

Bill Murray, perhaps a little like Coppola, has had a pretty up and down career, hitting highs across the ages but never really giving you the impression that this hilarious guy from Ghostbusters struck gold in Hollywood like he deserved. Groundhog Day was aces, and he's had some great work with Wes Anderson (Rushmore, Life Aquatic), which has basically defined the latter end of his career to great effect, but his resurgence in Lost in Translation didn't necessarily result in consistent magic (instead, Broken Flowers). Reuniting with Coppola for this was a genius decision, and plays right to his forte, and he's at his most light and pleasantly charismatic, enjoying some real improvisational riffs (at least they feel that way, which is perhaps the point). Murray's the only person who can make you chuckle over getting a spoon for an ice cream, and he plays the character pitch perfect.

Boy, is it nice to see Murray on form

Rashida Jones - herself going through a fair amount of personal trauma at the time of production - is great in the lead, an underrated actress who holds her own opposite Murray (Wayans is paper thin), and the scenes with the two are, unsurprisingly, movie highlights even if they get surprisingly little time together over the whole course.

Indeed, Coppola holds herself back this time around, layering some pretty blunt subtext on the whole thing (the running narrative of 'ownership', the bracelet/watch motif etc.) which leaves you cold come the symbolism-over-substance finale, burning a little Lost in Translation goodwill in the process, and making you reflect on perhaps the cynicism that bore some of this story. It's not to say that the portrayal of perhaps the flip side to Murray's earlier persona here is not a welcome spark of maturity, nor that Coppola doesn't handle the subject matter with aplomb, but she just doesn't stick the landing; electing instead to stick the knife in when a softer touch wouldn't have gone amiss, and would have favoured the material and tone. Still, it's the closest we've had to her glory days in years, and a nice little decades-later companion piece to her earlier, career-defining work and, boy, is it nice to see Murray on form.