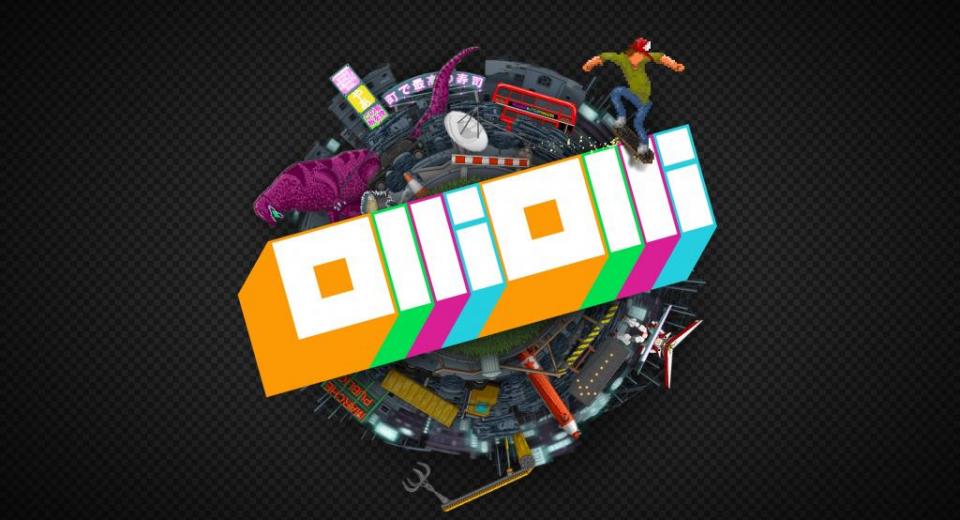 Tony Hawk's Pro Skater 3 is probably still in my top five games of all time. Being a launch title for the GameCube I still associate it with a leap forward in gaming, of being a perfect match with that superb controller and its chunky shoulder buttons, and of being so moreish that I’m sure it wiped at least five percentage points off my final year’s work at uni. It influenced me so much that off the back of my virtual kickflips I foolishly went out and bought a real-life skateboard. The only game that has come close to that kind of sway since has been Rock Band, which I still point at for being the origin of the drum kit sitting proudly in my living room.

I loved that series but as it went on the pressure to throw in more and more features took its toll. 4 removed time limits and added spline transfers; Underground became steadily more story driven; Wasteland was one huge open world (with huge tunnels to mask the loading). Each bloated the simple formula, pulling it further and further away from pure skating and by the time Downhill Jam and Ride appeared the series was a shadow of its former self.

Which is probably why OlliOlli has been scratching an itch that I’ve had for the best part of a decade.There’s no BamMargera, no cars to skitch, no unlockable Star Wars characters. This 2D take on the noble art of skateboarding boils the experience down to the very core focusing on tricks, grinds, and staying upright for as long as humanly possible. 
It’s all achieved through pared back controls, too. Anyone with any sense will ignore the default keyboard option (it’s hard enough in places without you doing that to yourself) and reach straight for a tried and tested joypad. Jumps are prepped by holding the left-stick in a direction before flourishing and releasing. Each major direction combined with a twist will produce different tricks and its very simple nature proves ripe for experimentation. There’s no button mashing desperately seeking a new trick, this constrained system yields a new trick readily and is exceptionally easy to comprehend meaning that if you’re bored with pulling out the same stunt time and time again then just start again from another compass point and twiddle away.

Of course you can do all the kickflips you want but if you can’t land them then they’re not worth squat. To bank your points and get all four wheels back on the flat, A has to be tapped just before you touch down. It’s all about timing and works as a contrast to the comparatively hectic nature of tricking. The closer you come to the ground before tapping then the larger the bonus you’ll get and the more speed you’ll maintain on your run, a vital trait because as levels progress your pace determines how wide a span you can jump or how far you can ride a single rail. Grinds work in a similar way, demanding you select your move as late as possible before putting deck to rail to get the best results. Again triggered from the stick, stops landings being confused with grinds and offers the same accessibility as found with standard tricks. And finally spins are on your shoulder buttons should you wish to add even more risk into your airborne antics.

Runs are characterised by long series of mad swirls of the stick and frantic clawing at the spin buttons as you chain between rails, tricking and flipping as you go, before a genuine moment of tension comes as you realise you have to land it. Whether you’ve picked your tricks with precision or happened upon your combo by chance, a six-figure score can be all for naught if that one single button isn’t pressed just right. It can lead to exhilaration or devastation. 
The two-dimensional nature of OlliOlli will no doubt put a few fans of skateboarding off, fearing that the lack of open levels to explore is far too restrictive. With Skate and Pro Skater half the challenge was learning the level and picking your preferred lines but here that is dictated by your skater’s prescribed movement from left to right. To begin with I too shared that fear but soon came round to the view that developer Roll7 weren’t so much restricting me as challenging me as each level is carefully constructed to put your skills to the test. Some feature huge drops to encourage tricks and rotations, whilst others have miles of rails that cry out for a solid combination of grinds.

Early levels tolerate you straying from the path somewhat so long as you land cleanly and keep your wheels moving, encouraging experimentation and allowing you to become accustomed to the feel of the controls. They have large, open spaces accepting of mistimed jumps or pulling out of a grind early but, as you progress, the test moves away from pure high scores and towards basic survival. The introduction of rapidly chained rails, massive chasms, fantastically tall sets of steps, and patches of wheel halting grass all turn the experience into a platformer as much it is an extreme sports game. Victory for some may be topping the leaderboards but at times simply reaching the end is glory enough.

What I found myself doing was mentally splitting the game into two. The first half I treated as my playground. This was the portion of the game where I would try and hone my craft and practise my technique so to crank up my combos and rattle up the rankings. Here I would relax. The latter half felt more like a Trials game, one full of the frustration of being bested by the map yet again and causing me to repeatedly hurl myself at it until I had conquered it and my demons. A quick dab of the back button and you teleport out of your most recent skin searing bail and back to the start line, upright and with a steely look of determination on your face. It’s quite a feat to have achieved, two quite disparate sensations in the same package. In what I can only assume is a wonderful nod to its predecessors, every course also has five objectives too. A couple are usually linked to high scores or huge combos but the others are often at their best when they push you to play slightly differently. At times they ask for a certain number of perfect grinds or landings, forcing you into improving in each area, but when they task you to complete a level without grinding or with only so many pushes then things begin to get interesting. The layout you thought you knew suddenly becomes adjusted as you pick your way through sparingly.

In a similar vein both the Spot mode and the Daily Grind ask you to compete in an alternate manner too. Put up as many points as you can in a single combo, and in the case of the Daily Grind, with only one shot at it. There’s no chance to claw back a failing run in the second half because as soon as you land your score is banked and up on the leaderboard for all to see. And in the case of landing face first then it’s quite conceivable you’ll have the unwelcome honour of being sat there with a big fat zero next to your name. OlliOlli for me captures the pure essence of skating games that we lost under the weight of executives demanding extra features year after year to justify every inevitable sequel. It strips away flashy graphics, open worlds, and RPG elements and presents to you a wonderfully pared back experience of ollies and tailslides.

The 2D nature too allows developer Roll 7 to put together a whole host of runs that initially ask you to challenge the world with a high score but eventually progress to challenging you into even staying upright. This level of progression hands you a game that both caters for those who are happy with tricking their little hearts out and those looking to master what could be compared to a fiendish platformer where you have no control over your momentum at all.

If I’m being honest I think the burst-like nature of OlliOlli’s gameplay means that it's still most suited to its original platform, the Vita, but this port to the PC loses nothing in the transition. It’s still devilishly addictive and in fact playing with a proper gamepad is arguably more comfortable.

It may not get me rushing out to buy another skateboard but don’t take that as a sign that it’s not as good as Tony Hawk's Pro Skater 3. Just take it as a sign that my knees aren't quite what they were.