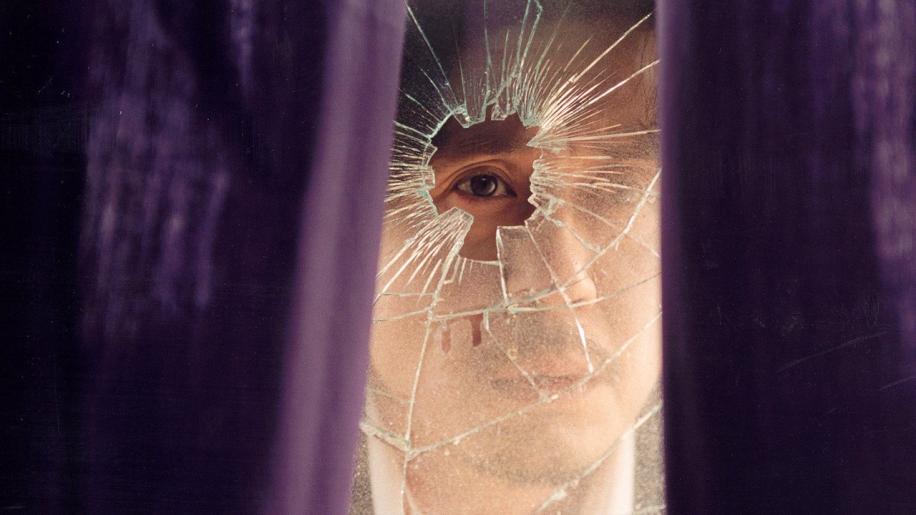 This is the middle of Park Chan-wok's Revenge Trilogy. Headed by Sympathy for Mr Vengeance and culminating with the pitch black humour of Lady Vengeance, Oldboy is perhaps the best known and the most enjoyed of this fascinating director's work.

Oh Dae-su (Choi Min-sik) is arrested for being drunken and disorderly. Once bailed by his brother he calls home to speak to his daughter on her birthday. When the daughter's uncle takes over the telephone conversation Oh Dae-su stands outside the telephone booth in the pouring rain. As the camera pans out and back the brother realises that Oh Dae-su has vanished into thin air. It appears to no one bar the viewer that Oh Dae-su has been kidnapped and incarcerated in a prison of a dingy bed-sit.

There he remains for the next 15 years, no one talks to him, no one explains why he is detained; his only source of company an aging television set which even at the best of times doesn't quite meet all of his desires. Fed on a diet of dumplings and tormented by the lack of information Oh Dae-su naturally starts going a little insane, and on many attempts tries to end his life. Realising that even his captors will not allow him this ultimate freedom of choice he hatches an escape plan, and he counts the days until he can understand why all this has happened and exact his revenge on those responsible.

The day arrives that Oh Dae-su, using an errant chopstick, finally chips away at enough mortar to free one brick, he reaches out to fresh air for the first time and feels the joy of rain upon his hand. Ironically however it is at this point in time that his gaolers drug him, perform a last session of hypnotism and, still with no reason, release him back to the outside world. Soon he is given money and a mobile phone by a passing down and out. The phone rings, Oh Dae-su answers. On the end of the call is the man responsible for a lifetime of captivity. He explains that Oh Dae-su has 5 days to find out who his captor is and why he imprisoned him; the price of failure is too much to bear! So begins the hunt for answers.

Labelled as a horror in some quarters there's no doubt that Oldboy falls firmly into the thriller category, certainly skimming the borders of film-noir. It's not an overly complex plot and as the perpetrator, Lee Woo-jin (Yu Ji-tae), owns up it's not a who done it, more of a why done it. You'll have to be paying attention though because this will keep you guessing right up until the closing scenes, at which point you might want to review Oldboy immediately; scenes which perhaps seemed common place to begin with take on a whole new meaning once the trap and explanation become clear.

Oldboy sets out it's stall well; after the amusing introduction of the main character, it sets off at a blinding pace never once stopping for the viewer to catch their breath. It's extremely dark, both in terms of cinematography and like Lady Vengeance which followed, deliciously humorous. Some of the scenes presented are either graphically violent or erotically seductive yet most are still imbued with this ever present coating of dark humour. That humour coming across from the start whilst Oh Dae-su is held captive musing on the possibilities of having an extra chopstick, right through to the end when...

Cinematography is wonderful. In trying to reach an almost film noir, or Se7en, style the negative was post processed using a bleaching technique. This certainly muted the colours somewhat and produced a glorious setting to match its dark mood and humour. Violence towards each other is stylised and extreme, but bear in mind that the origins for this release are Manga and it retains the flavour of those origins. There is a wonderful fight scene, along a corridor which seems to last an eternity; filmed as one long tracking shot which took over 3 days to complete, it's staged, stylised cinema at its best. Other violence in the film includes hammer and teeth work so if you're a little nervous about dentists in general then you might want to look through fingers during these scenes. Still, the humour permeates these brutal scenes as they do all others.

Acting is first rate. Choi Min-sik presents a character that is initially baffled by his incarceration, which turns to bordering desperation and insanity, ultimately manifesting itself as rage and revenge. His co starring actors are worthy of their appearances in what was given the Grand Prix at Cannes. His tormentor, cold, bleak and aloof. His girlfriend, Mi-do (Kang Hye-jeong), naive but encouraging.

On reaching the end, the strands of Oldboy firmly weave themselves together to produce a coherent, well-strung together plotline and you might question your original assumptions about a great many characters. Like The Usual Suspects you look at Oldboy with different eyes on repeat viewings, and you still come away amazed by the sheer audacity of what the director was putting across. A sometimes bleak mood of a movie woven together with an uplifting waltz score and some humour so dark you might chastise yourself for grinning, and you have a film worthy of that Grand Prix. Asian cinema is having a surge of popularity over the past few years and Hollywood themselves have 'graced' Oldboy with a possible remake; judging by past efforts though anything they would produce could only be a pale imitation of what we have access to here.

Never a dull moment, superb cinematography and staging coupled with at times a flowing orchestral score, at times a harsh electronic one, actors who gave their all, in the end produces a film worthy of anyone's attention. Watch it, then watch it again!