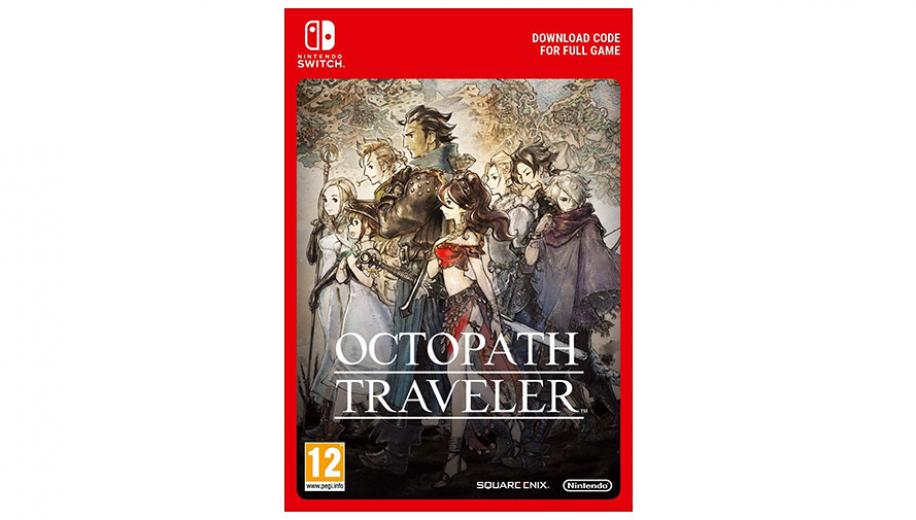 People can be quick to highlight Final Fantasy's evolution from classic JRPG to action-RPG as some kind of evidence of a seismic shift in the genre, in its players, and in game design in general, but that's not entirely accurate. Turn-based combat – the go-to battle system for the genre since its inception in the Eighties – had already been reworked to have a real-time component by the time the series first hit the SNES in 1991, after all, so the modern action-centric battles the series portrays are, if anything, purely the natural progression of systems Square put in place decades ago. Cast your eyes wider and there's little supporting evidence of any kind of sea change from Final Fantasy's peers, either – long-term rival Dragon Quest has never budged from the classic battle system for its mainline games, stylish cousin Persona wears its old-school credentials on its sleeve, and the steady procession of obscure turn-based Japanese releases still being localised proves there must still be a market for it. If anything, Final Fantasy is the exception here, not the rule. Which leads us to Octopath Traveler, a game for which most of the pre-launch hype existed precisely because it looked and felt like it would sit comfortably between Final Fantasy VI and Chrono Trigger. And it does, perhaps not quite in the overall quality stakes but at very least in terms of being able to capture imaginations within what seems like it should be a rather limiting tried-and-tested set of rules. That said, the very first thing Octopath Traveler does is to subvert one of the most fundamental rules of the genre – that of having a 'main' character. You pick one of eight heroes when the game begins, which has them assume the leading role and you're then locked into permanently having them in your party until their narrative is complete. It's certainly a novel set-up, although it's also one that can present its fair share of issues. With eight different characters filling eight different roles and having eight different stories to tell (is the title making any more sense yet?) of varying quality, there's no telling whether the one you choose based on what little you have to go on will actually click with you. You might find yourself stuck with someone annoying – H'aanit's mock olde-worlde dialogue is guaranteed to rub some people up the wrong way, for instance – or someone whose skills turn out to be lacking in or out of combat compared to others. You may find the 'main' narrative you've chosen for yourself to be among the less interesting of the bunch, a by-product of having to pick blindly from eight short stories on different topics rather than having just one crafted to offer as broad appeal as possible. These issues recede as you travel the world to recruit the other seven heroes you turned down at the start and can follow their stories as well, but even that presents problems... the first hour or two of most traditional RPGs tends to be the most boring part, and this makes you do that slog eight times.

Okay, it doesn't 'make' you, and part of Octopath's unique charm is that you don't have to approach it too much like you would the games it mimics. You don't need to recruit everyone (there's crossover in most field skills and all eight characters' jobs can be obtained and used by anyone as early as chapter two) or go everywhere if you don't want to – it's just that we've been conditioned to be completionists in these kinds of games by many years of it being the 'right' way to play. While its structure may make feel like it'd better suited for multiple shorter plays, even the game itself never really leans into this. Recruitable characters are all flagged on the map and there's content inevitably locked behind finishing all eight stories, for instance, funneling players into do-everything mode and the grinding that entails when there actually exists a way to play that makes it a better paced, less repetitive, and more personal experience. Don't get us wrong – doing everything isn't necessarily a worse experience, especially if you make use of the Switch's key strength of letting you play anywhere to chip away at the game over a long period of time. Still, it's worth noting that the formulaic nature of the story chapters and the grind of getting underused characters leveled and geared for their respective missions can get a bit much if you're the kind of person who likes to enjoy RPGs in epic sessions rather than bite-size chunks. Fans of classic turn-based combat will be delighted to hear that Octopath Traveler genuinely excels in this field. As in so many cases, each individual element – from the Grandia-style turn tracker that can be manipulated with special moves to the 'Break' system, itself a cross between Final Fantasy XIII's stagger mechanic and a generic weakness structure – feels familiar, but this unique recipe derived from those ingredients still feels fresh. There are a lot of different systems at work here, but they gel wonderfully. BP builds up each turn and can be used to boost attack counts and damage or effect duration, lending a great sense of strategy to how and when you burn charges for best effect, while knocking enemies' defences to zero takes them out of combat for a few rounds – perfect if you know there's a big attack incoming or you just need a moment to heal up, catch your breath, or let your BP build back up for your next assault. You'll need every respite, too, as fights can be pretty long, especially if you go in slightly underleveled or without the right tools to get the job done quick.


There are a lot of different systems at work here, but they gel wonderfully

Dungeons can't really be said to be up to the same standard, unless you're a fan of minimalism. With no unique hooks or mechanics to be found here, each is just a differently-skinned generic web of corridors, chests, and random encounters with a boss at the end. The formulaic nature can grate a little if you play for long enough to hit more than a couple in one sitting, but that again is alleviated by the portable nature of the game as you can just chip away at it bit-by-bit. Persona 5's sprawling themed dungeons are a good example of what happens if you push dungeons too far in the opposite direction and bog players down in mechanic-heavy mazes, but decades of experimentation in the genre have offered plenty of examples of finding the middle ground between these two extremes. And again, it's only really an issue you'll notice if you play for hours and hours at a time, so most players might not even find it to be too much of an issue anyway. Octopath Traveler's stylish fusion of sprite work and more modern 3D backdrops couldn't paint a better picture of what the game is: a classic RPG with one foot rooted in the past and the other stepping boldly into the present.

Freedom to built your party and tackle each character's story however you like is certainly refreshing given the genre's typical linearity, but it can work against Octopath at times, too – party permutations for each encounter are prohibitively extensive for your typical inter-character banter, for example, so each story only really features its star, while party members communicate with one another almost entirely through optional isolated one-on-one skits.

While it probably won't earn a spot in the pantheon of all-time classic RPGs, the fact that a new IP like this manages to come as close as it does is testament to its quality, and we really hope Square sees fit to continue this series – it's possibly only a couple of iterations away from a comfy throne alongside the genre greats that inspired it.