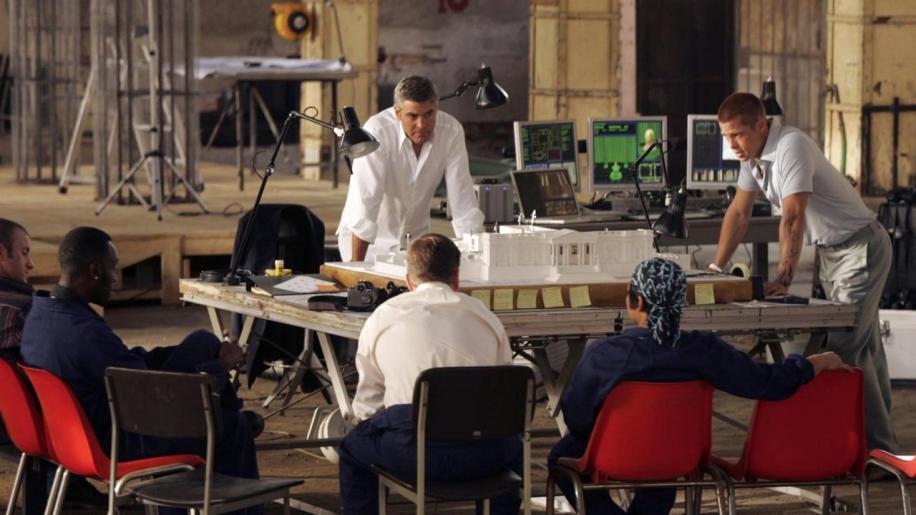 The wealthy, and just about still cool, thieves are back - and with a few additions. Having plundered One Hundred and Sixty Million Dollars from casino boss Terry Benedict (Andy Garcia) our suave gangsters find themselves cornered, and their choice is simple - pay the money back, plus an extortionate amount of interest, or... well, I'll leave that bit to your imagination.

And so the stage is set - the crooks elite reunite for another mega bucks caper in the hope of stealing enough money to pay back Mr. Benedict. This time round though, they're hindered by being under the scrutiny of Europol, headed by the doggedly determined Detective Isabel Lahiri (Catherine Zeta-Jones). The fact that Rusty Ryan (Pitt) has skipped out of a romantic liaison with Ms. Lahiri merely adds further complications to our anti-heroes' dilemma; if you thought Ryan, Ocean (Clooney) et al had it tough first time round Ocean's Twelve sees them well and truly tested to extremes.

I found this a bit of a strange movie and it really is a tale of two halves - the first half of the movie feels a little wooden, unfocussed and seems to meander carelessly. However, things do improve and during the final hour I gradually found myself being pulled into proceedings - enough so that any thoughts of, “Here we go again - another sequel that falls flat” were replaced with, “Aha, so Steven Soderburgh does know what he's doing here after all!”

Despite always feeling like I knew how things would end up, I came away enjoying the gang getting back together for another crime caper outing. They're all a tad older this time round, and Matt Damon in particular seemed a little out of place at times - I felt he struggled for consistency, but as his part in the movie expanded so too did his characterisation, and the Catherine Zeta-Jones/Entrapment/break-in adaptation is fun. One thing's for sure - with an estimated budget of One Hundred and Ten Million Dollars even if these actors did owe Terry Benedict a chunk of change - Ocean's Thirteen would be required to finally get out of debt! Whether that would be such a good movie idea I'm not sure...