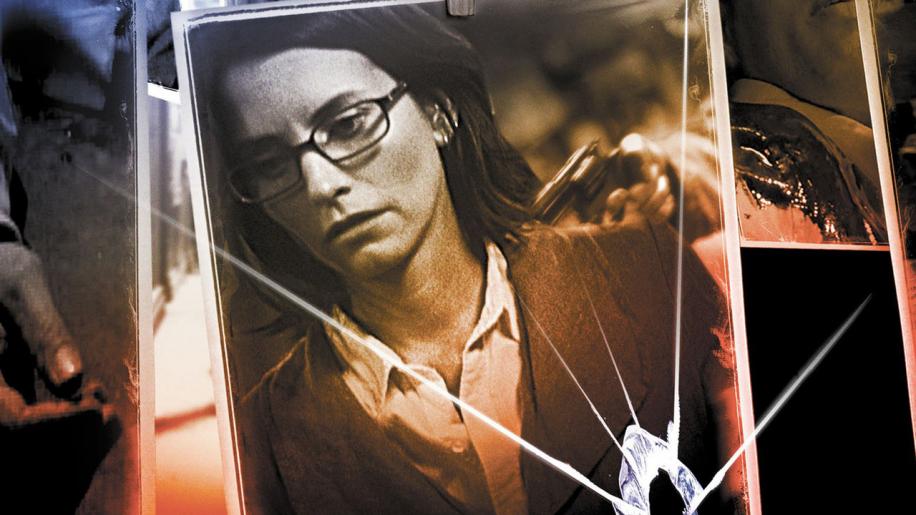 Courtney Cox really became famous from her role in Friends as the lovable if overly anal Monica. After so many seasons of the hit US sitcom, it is difficult for her not to get typecast in that role, but she did a reasonable job at stepping out of those shoes for the refreshing Scream trilogy. After Friends ended, she has not really been in a great deal of movies - I noticed her looking quite heavily 'enhanced' in The Longest Yard, but it was barely a cameo. Other than that she appears to have pretty-much disappeared off the face of the earth.

November centres on the character of Sophie, a photographer whose life is fragmented by a traumatic occurrence one November night, in a convenience store. Telling the story in flashback, with alternate 'realities', dream sequences and flash imagery used to disorientate you, the plot evolves into something much more than you would expect from the opening gambit. It poses questions as to Sophie's own sanity, through use of revealing scenes with a therapist and the unravelling truth that it all could have been in her mind.

November paints a vaguely interesting narrative, with twists and turns and an ultimate outcome that becomes pretty obvious as soon as you start to understand what on earth is going on. The trouble is that the story is made so murky that this comprehension is not only difficult, but it also becomes of less importance than actually just making it to the end of the movie. There are so many good ideas here, all poorly handled and - worse still - poorly shot, using some kind of hand-held 'reality' effect to give it a certain style. Unfortunately this 'style' generally results in blurry shots and generally poor quality and in no way adds to the dramatic effect of the proceedings.

Aside from the poor style and the badly presented and overly intricate story, the movie might have been saved by the cast. To her credit, Courtney Cox successfully manages to de-glamorise herself to such an extent that she seems vaguely believable in the role. She carries it off reasonably well but appears too busy trying to look like a 'proper' actress to actually create a character that the audience cares about. It does not help that the main secondary character - effectively the lead male - is played by such a poor choice. As her boyfriend, James LeGros (who barely deserves a mention for his bit part in Point Break) is thoroughly unconvincing. There is absolutely no chemistry between the two and it is utterly unbelievable, however normalised Courtney Cox is made to look, that these two could be together.

Overall I'm not sure who came up with the whole idea behind November but I can see how the pitch may have worked. It has some great concepts behind it, which, in the right hands, would have probably made for a psychological thriller that played as a cross between Pi and Memento. Unfortunately, its low-budget and lack of style, poor choice of central character and overly convoluted plot (or rather bad depiction of a convoluted plot, making it almost incomprehensible) all means that the realisation we have here is nothing when compared to the original idea. Who knows, maybe someday somebody will revisit the story and do a better job of it (Michael Mann revisited his own low budget dud, L.A. Takedown to produce the masterful Heat, starring De Niro and Pacino, both at the top of their game) but this version is all but unwatchable. Thoroughly disappointing.