Not the Messiah He's a Very Naughty Boy Movie Review 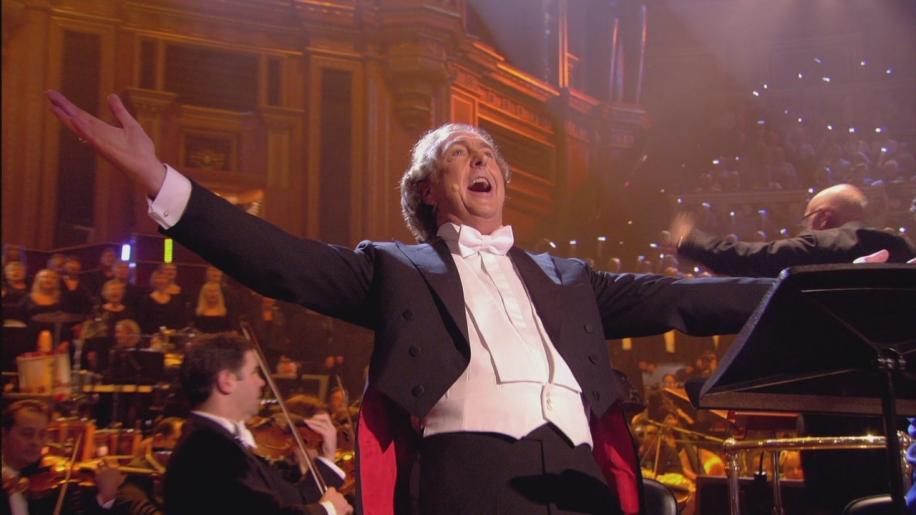 "Not the Messiah" is a quite fascinating idea. Over the last decade or so, it seems only one of the original troupe has been trying to keep the Monty Python fires burning. Whether through fiscal needs or a genuine desire to enhance the legacy, Eric Idle has been working on new Python related projects. The most obvious and famous one, of course, was the musical Spamalot based on the film "Monty Python and the Holy Grail". It ran on Broadway and in the West End for many years, and at the time of writing is about to go on a national tour. Of course, Monty Python produced some very funny and accomplished musical numbers over the course of the group's lifespan, and many of these were written by Idle. So when he decided to celebrate the 40th anniversary of Python with a one-off musical event at the Royal Albert hall, many were interested to know what Idle would come up with.

What he decided to do was perhaps one of the most high-brow and surprising moves for the once enfant terrible of British Comedy. For the troupe that once produced a pastiche of Salad Days involving maiming and copious blood, the decision to approach Handel's Messiah was a brave one. Of course, much of the material was already there in the shape of their classic film Life of Brian. I am sure you are aware of the story, but a brief recap may be in order. Brian is a man who is born at the same time as Jesus and ends up being mistaken for him, before ending up Looking on the Bright Side of Life as he is hung up on the cross.

"Not the Messiah" takes inspiration from the film, but it is a very loose interpretation of it. This proves to be the enterprises' first downfall. If you don't have a very good knowledge of the original plot then you are likely to struggle with this oratorio. Of course, the opposite is that if you are a knowledgeable fan of the film - then you are likely to enjoy the clever way the story is reinterpreted here. Not many key scenes from the film appear here verbatim (if you are expecting a musical retelling of the film, you will be disappointed), but when they do there is an enjoyable frisson of recognition from the audience.

The musical style starts off with opera, as is expected considering the aim of the piece. The co-writer of the Oratorio, John Du Pre, conducts a full orchestra, and four opera singers take centre stage alongside Idle himself. The show is introduced by 'Betty' Palin, who needs to readjust a certain part of her body a few times, but once her spoken dialogue is out of the way it's music all the way.

The reason I say the first hour is because bizarrely it is at this point that the whole piece takes a rather strange diversion. It suddenly moves from the operatic style into a Bob Dylan spoof, where Idle dons dark glasses, acoustic guitar and mumbles his way through the song “Individuals”. From here, the musical style becomes more varied still - with "Always Look on the Bright Side of Life", and "The Lumberjack Song" both making appearances in the final act.

Despite the rather uneven nature of the score itself, it is undeniable that the performers are really enjoying themselves on stage, and this enthusiasm rubs off onto the audience. From the moment that “Betty” Palin walks out on stage at the beginning, it is clear that these Python fans are determined to have a good time, and that the performers are determined to be as silly as possible. This does a lot to enhance a rather sedentary performance. By its very nature, the performance is never going to be a visual feast, full of pyrotechnics and performers bouncing around the stage - so it needs a strong director to truly visually enhance the material. The director does his best with the rather limited camera angles that the Albert Hall allows, but he takes the stance of allowing the performance to take centre stage, never quite allowing the home viewer to get an intimate view of proceeding, but also never really illustrating the sweeping grandeur that the Hall can offer by using wide angles or tracking shots. This is a little to the detriment of the film - meaning that whilst the viewer tends to get the impression of being sat in the audience rather than at home with the extra viewing possibilities that this can offer. This is an interesting way of shooting the concert, but again I am not convinced it is the best way to do so.

The end result is a film that rather lacks any kind of excitement, and kind of true electricity. The fun that is being had on stage is certainly communicated well, but there is always this sense of safety that seems rather bizarre for a Python endeavour. At no point does the director truly cut loose and provide any excitement. This, when married to the material presented, means that there is no kinetic sense at all from viewing this performance.

Maybe I am expecting too much, however. The bottom line is this. If you are a mad Python fan, then you are going to want this in your collection. And I can certainly recommend it as a purchase. However, if like me you are rather indifferent to the musical form being parodied you may find it a little bit of a chore. By the time the music takes a change of direction you may well find your patience tried. If you fall into this camp, then a rental may well be a good idea. A fan of Monty Python AND Opera? Buy this now.