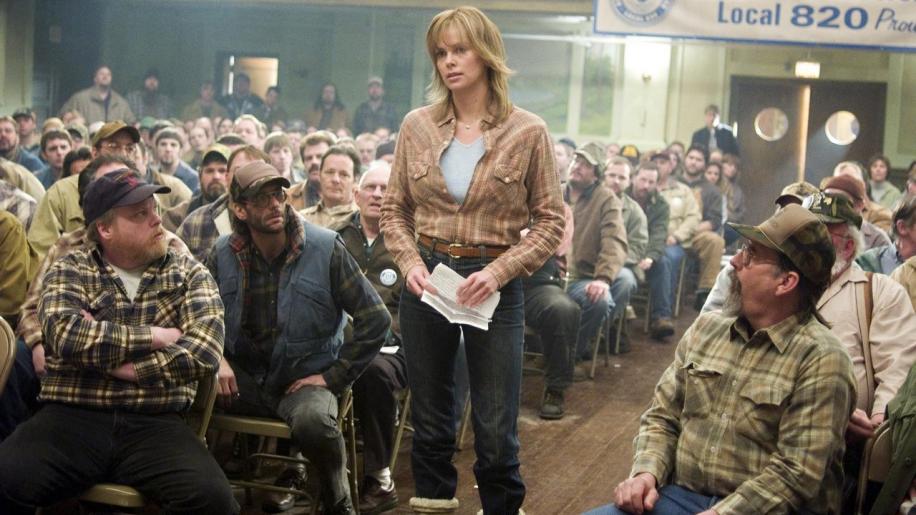 With an anamorphic widescreen transfer and for a recent movie, one should expect nothing less than a decent reproduction and that's what we get here. No dust or dirt specs were noticed on the print used, which is always a good start. Colours are natural although in places a little subdued, but I assume that is more the style utilised rather than a flaw. Black levels are deep and consistent and I didn't notice any artefacts present either. The image was a little grainy in places, but that's the only real fault I can find.

Although we have a Dolby Digital 5.1 soundtrack, it is quite un-involving truth be known, but this isn't a criticism or a weakness. Keeping in mind it is a drama, rather than an effects-laded tour-de-force, we know that we're in for a dialogue heavy time and the dialogue is clearly delivered throughout the movie, with the soundtrack sounding natural and clear throughout. LFE wasn't noticed during the movie, even in the scene I expected it to feature, where explosions are detonated in the mine. However, while it's not an involving, enveloping soundtrack, it is perfectly fine for the movie.

Sadly we don't have too many extras on this disc, which is a shame really. It did scream somewhat for a commentary track from Caro and Theron, but what we have is perfectly adequate.

First up, we have Stories from the North Country which runs for 16:05 minutes and allows us insight into the actual real events that inspired this movie. The opening titles are the most poignant, where we learn that the sexual harassment that Lois Jenson, obviously the character Josey is based on, and the other co-workers endured lasted for nine years. Yes, you read that right nine years. It's actually more enlightening to hear from them in 15 minutes than some of the more heavy-handed moments in the movie (not that I didn't like the movie), but it does go some way to highlight the issues the real harassed people faced in their life. As pointed out in my main review, they stress it wasn't the majority of the men, rather “a handful”, which is why the movie is unfair on the portrayal of the men.

We then have 11 minutes of deleted scenes and in fairness, they wouldn't necessarily add or detract from the movie. The scenes are shown in non-anamorphic 2.35:1 yet nothing really stands out as a glaring omission or detraction. Still it does provide an extra 11 minutes of viewing if nothing else.

Finally we have the trailer for the movie which runs for 2.26 minutes.

A good drama that suffers from a somewhat skewed version of the facts and a very syrupy ending. It is well acted, I admit and for the bulk of the running time is mostly convincing and tugs hard at the heartstrings, but when the ending arrives it feels out of balance and basically wrong. A shame really that someone hadn't told the director this before it came out.