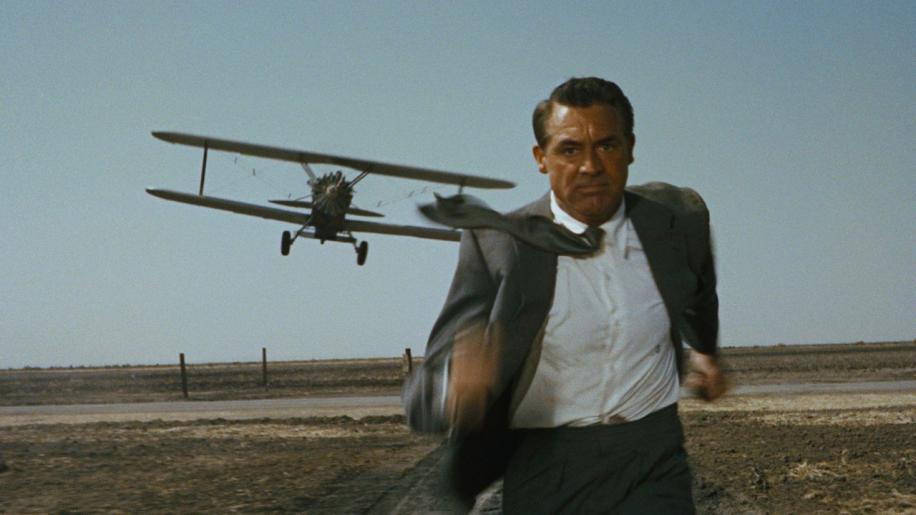 Alfred Joseph Hitchcock, knighted just a few months before his death in 1980, has left the movie going public a body of work seldom achieved by other directors of his era. Starting in the early Twenties with various silent films and eventually culminating with his final 1979 venture, Family Plot. It's not just that he has left us with so many films to enjoy but the fact remains that Hitchcock has graced us with so many top class films in which we can absolutely immerse ourselves. The 39 Steps, The Lady Vanishes, Rebecca, Spellbound, Notorious, Rope, Rear Window, Vertigo, Pyscho, Torn Curtain and of course North by Northwest are just a few of his movies that I would always make time for.

Everyone has their own personal favourite Hitchcock movie, for a time when I was younger I loved The Birds, I obviously enjoy Psycho and Rear Window with Vertigo amazingly leaving me a little cold. Dial M for Murder kept me on the edge of my seat and I enjoyed the early The 39 Steps. I, and many others, can return to his work time and time again, but for me it is North by Northwest that I find myself continually drawn to. When I first watched The Usual Suspects I immediately hit rewind and watched the whole movie again. Unfortunately I first watched North by Northwest on television in the Seventies and if the technology had been available then for me to hit rewind then I would have done so.

We start by following Roger Thornhill (Cary Grant) from his advertising office all the way down town to meet prospective clients at the Plaza Hotel, New York. Within minutes he is inadvertently mistaken for one George Kaplan, kidnapped at gunpoint, given an audience with suave Philip Vandamm (James Mason) who, after asking him a series of questions which Thornhill cannot answer, offers Thornhill the final ultimatum... provide the answers I desire and live or... well he never quite spells it out, after all he is far too sophisticated to even let his words become dirty never mind his hands.

Thornhill manages to escape his evil clutches and after no one believes his story decides to track down the mysterious George Kaplan to see if he can shed any light on why he was kidnapped and what Vandamm and his henchmen are up to. The plot thickens though as Thornhill is implicated in a diabolical murder and he eventually meets the beautiful Eve Kendall (Eve Marie Saint) who helps him along his way. Can Eve help Thornhill clear his name, help him to find Kaplan and help to understand the twisting machinations of Vandamm?

Quite often in his career Hitchcock rewrote the rule book on how suspense or thriller movies should be made, he tickled the audience into believing certain plot lines only to pull the rug from under their feet when the going became a little too smooth and North by Northwest is no different in that regard. The movie starts off at a blistering pace, with the action beginning only seven minutes after the superb opening titles. After that there are a few brief pauses before Hitchcock ramps up the action once again, introducing another twist or character to further the tension or mystery. It is that speed and mystery which keeps you watching right until the end when all the final jigsaw pieces fit into the perfect places.

With North by Northwest Hitchcock laid the ground rules for the chase film, and these rules still exist and are in operation today. He laid the rules for the big scene, set piece or an investigation slowly being revealed to an audience. Only Thornhill and the audience know from the outset what is happening, only we know that Thornhill is correct and the disbelieving authorities a little off kilter; the only questions which reamain are why and who? Why is this happening to Thornhill and who are Kaplan and Vandamm. The answers we are given ultimately give rise to new questions, and this is the way Hitchcock keeps the audience captivated until the final moments of this feature.

Hitchcock always loved to play with his characters and North by Northwest is no different. He had used the premise of an man recounting unbelievable events before in Rear Window and he had also used the Everyman as investigator in Vertigo and The 39 Steps. He re-introduces his love of trains, again shown in The 39 Steps, The Lady Vanishes, Strangers on a Train, North by Northwest of course and many others. The final scene, set on the train is as suggestive as they come and highlights another facet of this movie, that of comedy.

The story of North by Northwest is an incredibly serious one with kidnap, murder and undercover agents, however at every turn there is light comedy injected which initially seems at odds with the underlying themes. The dance of words between between Thornhill and Vandamm is captivating, Thornhill's interaction with his mother is quaint and almost disturbing, the seductive melee between Thornhill and Kendall on their first encounter or the hilarious bidding scene in the auction rooms keep the viewer guessing as to what type of film they are actually watching here, is this serious or is it something else? It lies somewhere between the two.

That intentional level of comedy then brings me to the casting, which above all other Hitchcock films is absolutely inspired. Hitchcock had a stable of actors he loved working with and for this feature he side-swipped James Stewart in favour of the older Archie Leach, a.k.a. Cary Grant. It is said that Hitchcock favoured Grant for this particular role because there had been some falling out between him and Stewart. Now whilst this might have been the case I do feel that Hitckcock chose Grant because he knew from the outset that Grant would be able to play the understated comedy aspects of Thornhill so much better. He was correct. Grant learned his trade in the British theatre before emigrating to the States where he had the opportunity to learn more on the stage and eventually the silver screen. His particular role was one of high class, debonair gentleman who was not afraid to make a verbal or physical fool of himself. His stock rose and was adored by his audiences. Women loved him, men wanted to be him and he was perfect for that period in cinema's illustrious history. The Academy have often bypassed comedy for so many awards, and Grant was no different in this regard. Nominated for so many awards he always went home bare, and whilst they did perhaps get their choices correct it seems a shame that this great actor was not credited for one of his many roles. Unfortunately Grant was to do only a handful of 'serious' performances and that in itself is a great shame. I do think he would have excelled at them, however during a period where he was offered more 'credible' roles he turned them down perhaps even doubting his own ability, who knows. Supporting Grant is James Mason as the professional bad guy. Like Grant his performance is incredible and paves the way for many a British evil doer from then until now, the Sheriff of Nottingham has nothing on this guy! He's calm, collected and ultimately reasonable in his nefarious requests and this is what makes him so damn terrifying. You know he's not going to beat about the bush and you know that when he sets out to kill you he's not going to give you the standard evil doer's speech beforehand giving you time to make good your escape. Eve Marie Saint is a credible, sultry blonde to play against Grant and both seem to have true chemistry in the scenes they are involved with. Bringing up the rear but by no means behind the rest of the pack are Leo G Carroll as the government executive in a role which would provide the basis for his Number One in The Man from U.N.C.L.E only a few years later and the great Martin Landau in one of his first movie appearances.

There's so much more to be said about North by Northwest that I could go on for a while longer, the incredible cinematography (the optical composite of the shot from high over the UN looking down on to a fleeing Roger Thornhill or Thornhill and mid-west farmer standing at the edge of a road in the middle of nowhere) or the incredible structured scenes (the crop dusting scene or discussions on a train) but is would be remiss of me not to mention the late, great Bernard Herrmann. I have often commented on his wonderful scores, The Day the Earth Stood Still perhaps being his best known, however for me this is the defining moment of an illustrious career. Herrmann began work on North by Northwest not long after his work on The Twilight Zone and as in all his movies this score fits the scene and style perfectly. His other worldliness in The Day the Earth Stood Still was suitably haunting and for the ultimate Hitchcock chase movie his score for North by Northwest reflects that perfectly. The driving, thunderous score sets the scene in that opening title sequence and doesn't let up but for the brief romantic interludes between Thornhill and Kendall. That's not to say that his score is there all of the time, as seems to be with more modern movies. It is tempered, in its place and when it does rear its head it rounds off any scene perfectly. His orchestration is simply perfect, an exciting, Latin American piece with excellent use of horn and drums when the action heats up a little and light use of strings and flutes when a romantic feel is required. This is one score I could listen to over and over again without ever becoming bored.

The ultimate chase movie and the one which set the ground work for many films to come. The ultimate hero, the Everyman who was thrust into events beyond his control. The ultimate bad guy whose honey like words are destined to see your demise. The ultimate leading lady, beautiful and intelligent. Wrapped with a storyline which will keep you guessing, some excellent set scenes and cinematography and one of the best scores the movie going public has ever listened to really does sum up North by Northwest as the ultimate Hitchcock film; something the writer Ernest Lehman (more a writer of musicals than thrillers) set out to accomplish. Well done sir, well done!