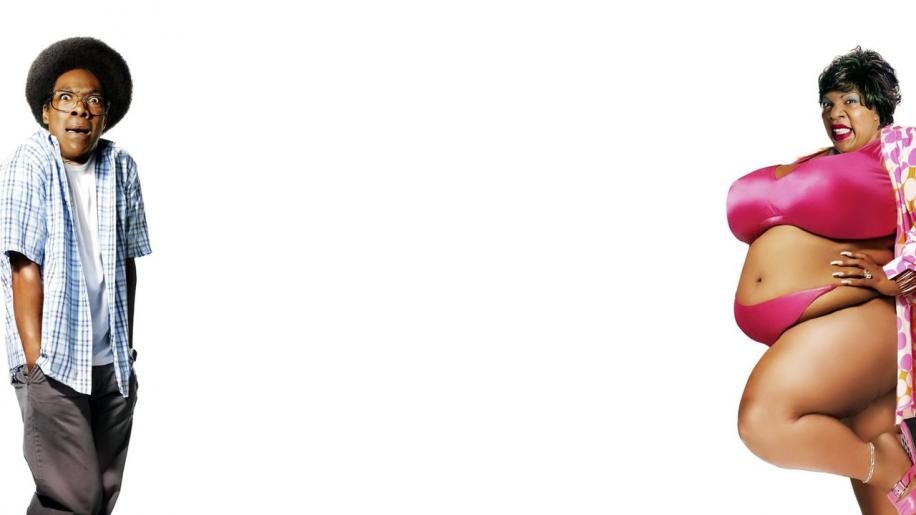 Eddie Murphy is one of those actors who has never quite lived up to the potential that he showed in his early years. Beating Stallone to the starring role in Beverly Hills Cop, he became famous for his snappy wisecracks in classics like 48 Hours and Trading Places, but it was not long before things started going wrong. After he was done making lacklustre sequels to the movies that made him a star (Beverly Hills Cop III was an abomination), he drifted more into out-and-out comedy, with The Nutty Professor and Dr. Doolittle proving successful if very flimsy vehicles for his talents. There's been little that he has done over the last few years which has formed any lasting impression, although the pairings in Showtime and I Spy (DeNiro and Owen Wilson, respectively) proved that he still has what it takes, given the right material. With rumours abound about a fourth Beverly Hills Cop instalment (which, given the recent climate for sequels to movies like Die Hard and Rambo, may not be that bad an idea), and having been robbed of the Oscar in Dreamgirls, there is very little else in Murphy's filmography which bares keen study, and recently he has resorted to movies where he plays multiple parts, something which worked well in Coming to America but may have gone one step too far with The Klumps. Now we have another multi-Eddie Murphy offering, Norbit. Is it just more of the same, or does it actually showcase some classic Murphy humour?

Discarded at youth, baby Norbit was taken in at an orphanage by the enigmatic Mr. Wong. There, his only friend was Kate, until one day - in the playgrounds - he becomes the plaything of the massive Rasputia. Over the years their relationship develops until they get married, Norbit overwhelmed by his super-sized partner and smothered by the imposing personalities of her and her three gangster brothers. Then, one day, Norbit bumps into his childhood sweetheart Kate, who has now blossomed into a beautiful lady. Will Norbit be able to get out from under the fat thumb of his 'beloved' wife, or will it be a case of 'till death do us part'? And even if he survives her wrath, is there any chance he can win the affections of the newly engaged Kate?

Expecting some kind of flimsy, cheesy, kid-friendly Murphy vehicle, I was slightly surprised to find that Norbit is more Stuck on You than The Klumps, taking a more darkly comical look at this tale of adultery, spousal abuse, extortion, betrayal and ultimately true love. Sure, it's full of child-orientated gags - the water-slide scene featured in the trailer for example - but the majority of this comedy is much darker than you would want your kids to observe. And that's the trouble, because many people who sit down to watch this movie expect it to be a little less... crass.

Murphy is, of course, on top form. He shows - possibly more than ever before - just how capable he is of portraying multiple characters, and whether or not you like or even find any of the funny, they are all very different - not just in appearance, but also in terms of the way Murphy brings them to life. A very versatile actor, I personally found the most engaging character to be the racist Mr Wong, who really does not look anything like Murphy at all. Rasputia is certainly the loudest and biggest character, but she is the least real-looking, with Norbit being much more Murphy-like, but a bit too feeble to fully root for. I know that is intentional with the character, but he is still so over-the-top that you want to smack him almost as much as you want to drown Rasputia. Brit Thandie Newton pops up as the delectable Kate, and Cuba Gooding Jr gets an extended cameo as her fiancée. There's also Marlan Wayans as a weasel dance instructor. Overall this is clearly Murphy's show, and in that respect he certainly shows his mastery of multiple-character-portrayal.

Norbit is such a mixed-bag. I personally liked it more than I thought I would, but it was still - frankly - a disjointed, uneven, moderately funny affair which did not really make for compelling viewing. The gags are unlikely to have you in stitches and the characters (perhaps but for Mr Wong) are not particularly engaging, so on a comedy level it is a bit flat. But as an odd study of the diversity of Eddie Murphy (particularly since it was released in the same year as his serious, near-Oscar winning Dreamgirls performance) it is interesting stuff. Tentative rental material only.