HDR screen, but can it do the basics? 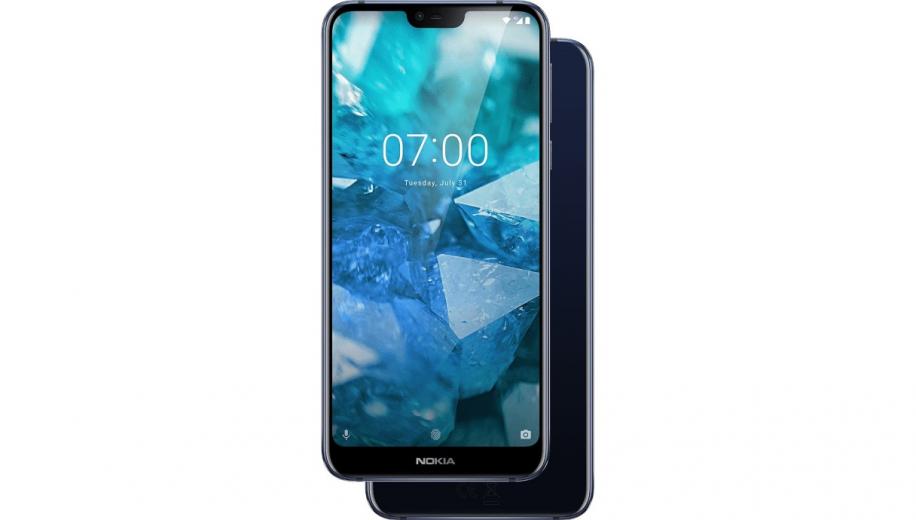 Now that Nokia phones are made under licence by Finnish company HMD Global, its phone-naming works very differently from the original Nokia numbers (like Nokia 3310) or the later and Microsoft-owned years (Lumia 930). Of course, some of those really old numbers are new again, with "classic" phones reborn as, for example, Nokia 8110 4G.

What all the numbering systems have in common is that the higher the number, the higher the quality.
So, in the current numerology, which runs from 1 to, currently, 8, you'll spot that 7 is near the top. And since the Nokia 7 was released in October 2017, you'll also spot that HMD Global likes to recycle the numbers.

To distinguish it from last year's model, this one is called Nokia 7.1. That indicates it's a medium-to-high-end phone, with suitably classy features such as dual rear cameras with Zeiss lenses, a screen that covers most of the front of the handset, and strong performance.

It's worth noting that the price on the phone is pretty keen: for £299, it's a sumptuously good-looking device with capabilities which range from okay to excellent.

This is a very classy-looking phone. It has glass, front and back and it feels smooth and comfortable in the hand thanks to its carefully chamfered aluminium edges and immaculate build quality. So smooth are these, in fact, that you can roll the phone through your hand like a worry stone, there are no sharp edges.

The glossy back does attract fingerprints but once you've wiped it on material it looks fantastic, gleaming and shiny. The design of the phone's back is dominated by the camera unit, with two lenses and a flash mounted in a vertical line down the centre of the phone. Below the cameras is the fingerprint sensor which is circular and lies in the same line.

Incidentally, there's no possibility of confusing one for the other and smudging the camera lens unintentionally, as has happened on some phones, because the cameras are further up and because the sensor is recessed while the cameras jut out.

The third element on the back of the phone, also in line with the lenses, is the Nokia logo. It all adds up to a solid, attractive design. It has a notch on its 5.84-inch display, which helps spread the display further. Most of the time, a notch is saved for high-end phones, but that's not the case here.

The notch is much smaller than on, say, the iPhone XS, because it only needs to make space for a camera and an earpiece.

One of the most striking things about the way this phone looks, and again it's something usually reserved for pricier phones, is the edge of the display. There are no sharp, 90-degree corners here. The display follows the rounded corners of the phone, matching them neatly with curved edges to the display. It sounds like a small thing, but it looks tremendous.

It's a display which looks gorgeous: it supports HDR10 - one of a tiny number of phones at this price with a HDR-capable screen. Nokia has included an HDR10 upscaling feature to make movies look as good as they can, assuming you like to watch movies on a small screen like this instead of a regular TV.

After trying content with the upscaler turned on and off I struggled to see much difference between the two, but the truth is, the screen here looks tremendous either way. On a display this size, there's a limit to how much difference extra pixels or upscaling can make.

Still, overall, this is a strong display: not overly vivid or saturated, but realistic, faithful and subtle. Play back HDR content and the results are impressive, with rich detail in shadows and bright skies simultaneously.

The screen, by the way, is what Nokia calls its first PureDisplay. It's just marketing speak, of course, but an indication that the company sees this as its premium screen technology, complying with HDR10 standard. Many mid-range phones at this price only offer a single rear camera. Here, there's a pair of lenses, a 12MP sensor and a 5MP one, the latter used as a depth sensor for features such as portrait mode which has become de rigueur in recent years.

What's more, these cameras use Zeiss lenses and Zeiss has had a hand in the camera software as well - a continuation of the partnership between the two brands which first began years ago.

The results are impressive, again, especially in a phone at this price. The camera app is about the only one on the phone which isn't pure Android issue and it's designed to make the most of the Nokia camera set-up.

Portrait mode includes the now compulsory bokeh effect, which as you know means the subject is in pristine focus while the background is blurred - an effect created in an SLR camera by high-quality glass and the way light falls on the sensor, but here achieved through software.

It works well, with no restriction in capabilities on what you can focus on, unlike, say, the iPhone XR which only offers a portrait mode for pictures of people.

The bokeh effect is subtle rather than dominating, but it usefully includes the facility to adjust the background blur in real time as you prepare to shoot.

But note that the twin lens arrangement does not offer an effective optical zoom as some dual camera setups do.

This being a Nokia phone, there's the option for the company's special gimmick, Dual-Sight, or Bothie as most people call it.

That's where the front and rear cameras shoot at the same time so you can snap a photo of a performer at a gig, and your reaction at the same time, for instance. It works with video as well as still photos and now includes filters.

It really is just a gimmick, but it's beautifully done and very skilfully implemented.

Video is also good, with 4K at 30 frames per second, which looks terrific. Mind you, this looks as good as it does partly because of the HDR capabilities of the screen and the upscaling properties, so it may not look quite as wonderful when viewed off-device.

Selfies, if you really must, look pretty good on the Nokia 7.1 thanks to an 8MP front-facing camera: if Nokia had wanted to, it could have got away with a 5MP selfie camera at this price, but has opted for something a little better. Performance is good, even in lowish light, the usual place selfies are taken.

The processor on board here (Qualcomm Snapdragon 636) is adequate and certainly usable, but it doesn't compare to the super-speedy chips in higher-end phones. As a result, in day-to-day use, it's a decent performer. Very occasionally an app takes a little longer than is enjoyable to open, and the most demanding games sometimes stutter, but actually on the whole this is an okay performer, but not much more.

It's worth mentioning that the storage on the phone, either 32GB or 64GB, can be amplified with a microSD card of up to 400GB. So, there's plenty of space if you want to shoot a lot of video in 4K resolution.

Nokia uses Android One, a program which ensures fast updates to the latest Android platform and regular, frequent security updates. It's a system which Nokia has embraced and is possible not least because the version of Android is so close to the purest version there is (camera app excepted).

Even so, the unit I have reviewed is still using Android 8.1 Oreo, not the very latest Android 9 Pie which adds more features such as, most notably, controls to help you manage your screen time and app usage.

The update to Pie is imminent - supposedly before the end of November - but it's not here yet. Even so, it'll likely arrive on this phone before most rival handsets besides Google's own.

Although the phone has a glass back, Nokia hasn't included wireless charging. Well, maybe that's not a surprise at this price, but it's technology Nokia has deployed for years and done so effectively, so it's disappointing.

Battery life is good - helped along by keen energy management capabilities built into the processor. As such, it'll get you through the day, leaving just about enough juice in the tank that you needn't feel anxious on an evening out that it'll flatten and switch off just when you need to call an Uber, say.

Nokia has regularly offered strong battery life on its devices and this is no exception. Even so, the usual caveat applies, that if you don't charge every night, you risk a flat battery early on the second day.

The Nokia 7.1 has three standouts: design, display and price. It looks and feels every bit as premium as a top-of-the-range handset, with the screen stretching across most of the front of the phone and matching the iPhone XS, for instance, for the way the screen edges curve to match the phone. It feels great in the hand and is solidly crafted with immaculate build quality. The display is rich and detailed, very strong for an LCD screen and only beaten in the Nokia range by the Nokia 8 Sirocco, which is much pricier.

And the price is so much less than a top-flight handset, and even competitively priced against similarly-specced mid-rangers, that it will be a persuasive buy for many.

The camera and speed of performance are above average without being exceptional, and there is much here that is pretty standard in a mid-range phone, such as a reliable fingerprint sensor, decent front-facing camera and Nokia specialities such as the camera app and Bothie capability.

It's no match for the higher-end phones on the market, but, again, this phone costs less than £300 and looks like it should cost way more.