"Give me the goddamn kitty-cat bracelet!" 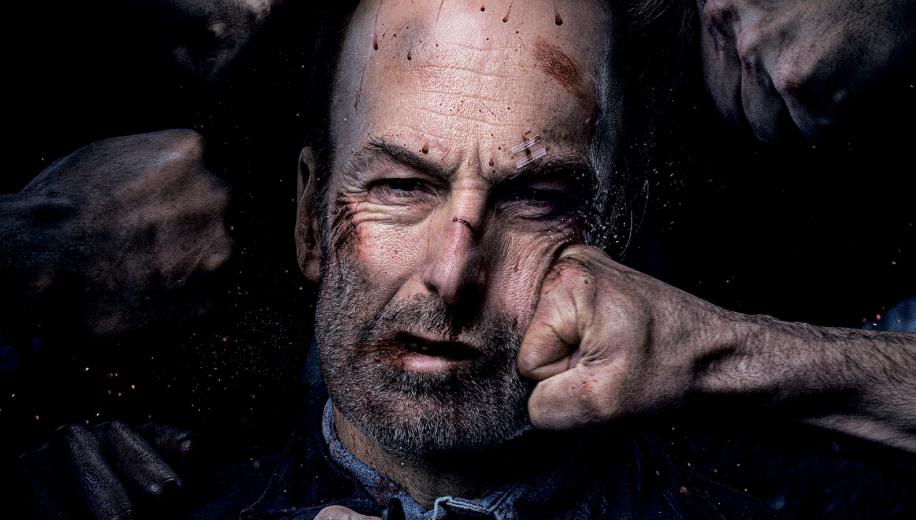 From the creator of the John Wick films, and the director of Hardcore Henry, Nobody is a darkly witty action thriller that gives Bob "Better Call Saul" Odenkirk a whole new string for his bow.

Derek Kolstad - with three John Wicks under his belt, another in the chamber, and The Continental TV series on the way - has gone way beyond a franchise and is now in John Wick Universe territory, leading many to wonder whether this tangentially and thematically related actioner could somehow be folded into the world of gold coins, elicit underworld assassins and unspoken codes of honour. Certainly it's a contender, but Nobody also trades in a fair amount of misdirection, brooding in the intentionally repetitive mundane before getting suitably carried away on a quest for a kitty-cat charm, showcasing some degree of self-awareness even within its own sub-genre.

... does for Bob Odenkirk what Taken did for Liam Neeson, only with a wicked sense of dark humour

Hutch Mansell is just another average nobody. He's got two kids - including a teen boy who is hardly inspired by his dad's averageness - and a wife who pays little attention to him, and he works a mundane job in a factory office, for his father-in-Law no less. After his home is broken into, though, Hutch is forced to face some of his inner demons, venting on the wrong people and, as a result, being forced to tap into his own very specific set of skills to deal with the consequences.

Nobody comes to UK cinemas on 9th June, with advanced previews from 7th June. It's shot in 2.39:1 and mixed in Atmos, for cinemas that deliver the format, and has been available for several weeks in other territories - like the US - via digital platforms.

Nobody is fabulous fun

Nobody is fabulous fun. Witty, disarming, and then unpredictably action-packed, it has some veritable style, tone and energy to it that sets it apart from the similarly but differently engaging Wick movies. Almost self-aware, but not to the point of parody; almost laugh-out-loud, but not to the point of farce, it ultimately makes for one hell of an unexpected action thriller, which certainly does for Bob Odenkirk what Taken did for Liam Neeson, only with a wicked sense of dark humour.

And Odenkirk really does nail the role. He's everything you'd expect from Odenkirk and then some. Somehow utterly convincing as the possibly repressed, possibly comatose dad, who may or may not have given up on living life, and yet deeply - at least as is evident here - unpredictable, he is insanely convincing as his other half too, which is quite a feat to pull off. He pretty-much carries the whole delightfully propulsive outing, at once at home in the role, and yet also unlike anything you've seen from him before. But he also doesn't have to go it alone, with a surprising number of familiar faces, from Connie Nielsen (Zack Snyder's Justice League) to Christopher Lloyd (Back to the Future), to RZA and Michael Ironside (Total Recall). As well as, of course, Wick Universe regular Daniel Bernhardt.

Ilya Naishuller made a hell of a distinctive FPS debut with Hardcore Henry - for good and bad - and this is a confident sophomore effort from the young Russian music video director, although it's clearly informed by Kolstad's exec producer presence, guiding this very much in the same enigmatic way as Wick, world-building to the point where nobody would really be surprised if we ended up with a Nobody franchise. The violence is satisfyingly unflinching, whilst also - strangely - witty in how OTT it can get, and the film certainly enjoys not taking itself too seriously, with Odenkirk in particular deadpanning his way through and remaining the funniest person in the film without even cracking a smile. And he's easily the most fun character too, one you'd definitely want to see again... perhaps in a Wick crossover. Hardly reinventing the wheel, it sure does put a different spin on it.