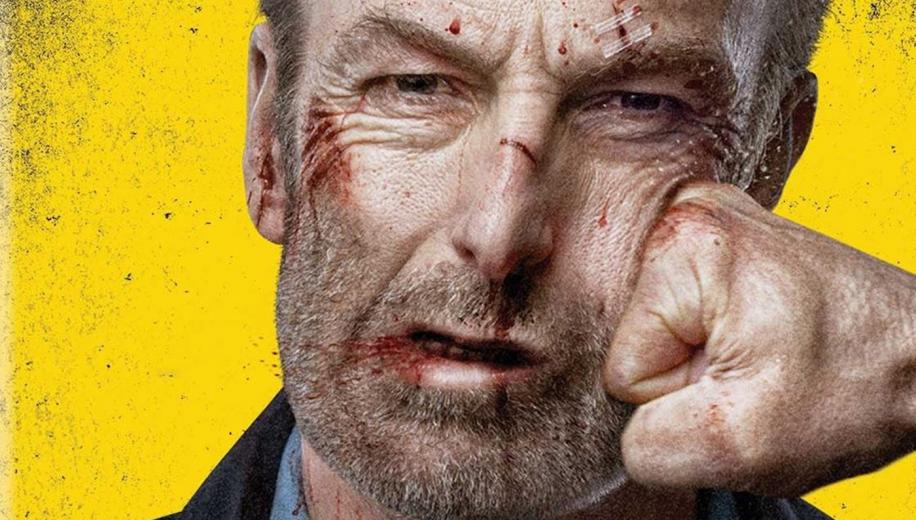 From the creator of the John Wick films, and the director of Hardcore Henry, Nobody is a darkly witty action thriller that gives Bob "Better Call Saul" Odenkirk a whole new string for his bow.

Derek Kolstad - with three John Wicks under his belt, another in the chamber, and The Continental TV series on the way - has gone way beyond a franchise and is now in John Wick Universe territory, leading many to wonder whether this tangentially and thematically related actioner could somehow be folded into the world of gold coins, elicit underworld assassins and unspoken codes of honour. Certainly it's a contender, but Nobody also trades in a fair amount of misdirection, brooding in the intentionally repetitive mundane before getting suitably carried away on a quest for a kitty-cat charm bracelet, showcasing some degree of subversion even within its own sub-genre.

Nobody is fabulous fun. Witty, disarming and then unpredictably action-packed, it has some veritable style, tone and energy to it that sets it apart from the similarly but differently engaging Wick movies. Almost self-aware, but not to the point of parody; almost laugh-out-loud, but not to the point of farce, it ultimately makes for one hell of an unexpected action thriller, which certainly does for Bob Odenkirk what Taken did for Liam Neeson, only with a wicked sense of dark humour.

... nobody would really be surprised if we ended up with a Nobody franchise

And Odenkirk really does nail the role. He's everything you'd expect from Odenkirk and then some. Somehow utterly convincing as the possibly repressed, possibly comatose dad, who may or may not have given up on living life, he is insanely convincing as his other half too, which is quite a feat to pull off. He pretty-much carries the whole delightfully propulsive outing, at once at home in the role and yet also unlike anything you've seen from him before. But he also doesn't have to go it alone, with a surprising number of familiar faces, from Connie Nielsen (Zack Snyder's Justice League) to a scene-stealing Christopher Lloyd (Back to the Future), to RZA and Michael Ironside (Total Recall). As well as, of course, Wick Universe regular Daniel Bernhardt.

Ilya Naishuller made a hell of a distinctive FPS debut with Hardcore Henry - for good and bad - and this is a confident sophomore effort from the young Russian music video director, although it's clearly informed by Kolstad's exec producer presence, guiding this very much in the same enigmatic way as Wick, world-building to the point where nobody would really be surprised if we ended up with a Nobody franchise. The violence is satisfyingly unflinching, whilst also - strangely - witty in how OTT it can get, and the film certainly enjoys not taking itself too seriously, with Odenkirk in particular deadpanning his way through and remaining the funniest person in the film without even cracking a smile. And he's easily the most fun character too, one you'd definitely want to see again... perhaps in a Wick crossover. Hardly reinventing the wheel, it sure does put a different spin on it.

Clearly designed to be intentionally gritty and grainy in terms of style, Nobody has a delicious throwback feel which doesn't detract from the resolve beneath the façade, providing clear and occasionally impressive detail where necessary, picking up on background textures and revelling in the facial observations - observing the Laurentian Abyss of crags that pervade some of the characters' faces. It feels quite low-key, but knows when to unleash a little style (the fire).

HDR, WCG and Dolby Vision provide welcome enhancements, delivering some a smattering of strong, standout tones including that aforementioned fire. Although blacks - as can be seen from the opening scene - are absolutely perfect in their deep, inky representation, whites are a tiny bit excessive, not quite overblown but damn close (check out the morning sequence when he discusses his neighbour's new car, the sky, snow, and car itself are not handled perfectly). Still, it feels like a relatively minor niggle, particularly when the majority of the movie is set at night and looks excellent. Whilst not perfect, it's a very nice 4K presentation overall.

Enjoying the clack clack clack repetition of the daily routines depicted, it's not long before we start getting some cracked heads to thump your floorboards, and not long after that before the full throttle gunfire explodes in a frenzy, whipping up a surround storm that enjoys plenty of dynamic separation, LFE input and even some overhead action. Dialogue remains gruffly prioritised, afforded presence largely across the frontal array, and this is a delightfully enthusiastic demo piece.

Universal's 4K release enjoys all of the same reasonably comprehensive extras that adorned the preceding US counterpart, welcomely ported over to the 4K disc proper.

There are a pair of Audio Commentaries, both featuring the Director, but one with the welcome addition of Bob himself, and there are a trio of accompanying Featurettes, one of which is, itself, split into three parts, affording a clutch of bite-sized BTS material to further expand on the production. Five minutes of Deleted Scenes rounds out the package.

Whilst we wait patiently for the next Wick instalment, John Wick creator Derek Kolstad expands his universe to include none other than Bob Odenkirk, afforded the chance to get a suitably bone-crunching Taken-with-wit makeover and grabbing the opportunity with both bloodied hands.

... well worth picking up

Universal's 4K release of Nobody delivers the goods with a strong 4K DV-enhanced presentation, a superb Dolby Atmos track and a covers-all-bases selection of extras ported over to the 4K disc itself. Fans should consider it well worth picking up to add to their Wick-inspired collection.

Nobody is released by Universal in the UK and available on 4K Ultra HD from 13th September 2021.