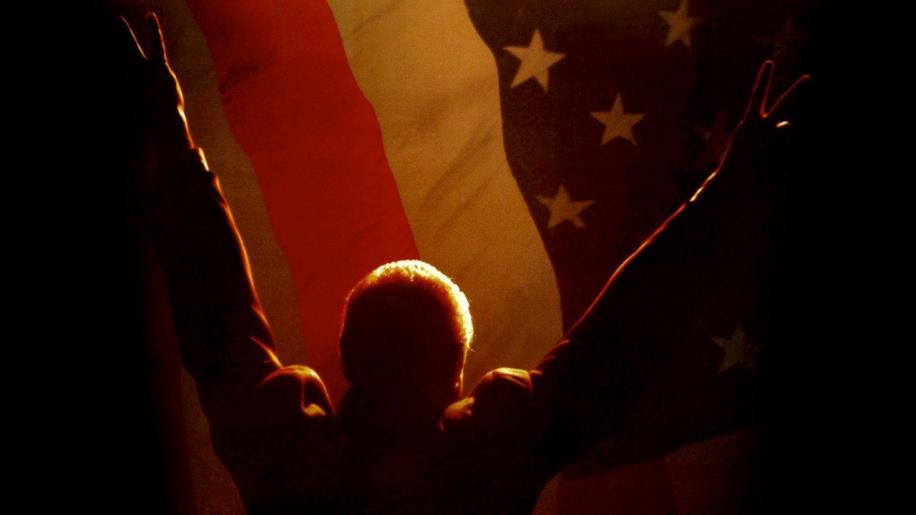 Oliver Stone feels most at home when he's ripping apart the American political system, a cathartic journey trying perhaps to right some of the wrongs which he feels his nation has been responsible for; the involvement in Central America with Salvador, his extensive look into the Vietnam War and its repercussions with Platoon, Born on the Fourth of July and Heaven and Earth, conspiracy theories abound in JFK and now Nixon.


In all of his films, like most other directors out there, he has used artistic licence to pad out Nixon's storyline so it can't be viewed as a detailed biography per se but it can be looked on as a brief insight into this most troubled of men.

When people, certainly on this side of the pond, hear about Nixon we immediately think of Watergate, the political blunder which sowed the seeds of his ultimate demise. If you're in the US though you may know a little more about the man's personal history and as such this film might come across a little bit better, you might understand a little more some of the finer details of the film's intricacies. From a plot line point of view there's not really a lot to say about the film, it's the story of the rise and fall of Nixon as he progresses from his family Quaker roots to being a lawyer and ultimately starting his political career from his involvement in the House Un-American Committee with James MacArthur through him being Vice President to Dwight Eisenhower from 1953 - 1961. It is though when he fails in his bid to be president in 1962 to John Kennedy that we really pick up the pieces of Nixon's life.

From that point we follow his career, again failing in an election to become senator before returning to the political establishment with his nomination for Republican presidential nominee and finally winning the office he coveted in 1968. His tenure whilst not short lived (he was re-elected in 1972) was somewhat cut short when the investigative buck finally stopped at him in the Watergate affair, so named because of a break in at the Democratic National Committee at the Watergate hotel in Washington in 1972.

Stone has rarely taken any prisoners in his political dramas from the excellent damnation of the American involvement in Central America to the investigative, yet flawed, portrayal of events and circumstances leading up to the assassination of John Fitzgerald Kennedy on November 22nd 1963. Nixon as a character and his involvement in historical events then would seem ripe for Stone to examine and disseminate. The fact that he doesn't tear apart this most flawed of men though is somewhat of a surprise to those initially viewing the film, Nixon's portrayal here is not the damning that most people, including myself, expected; yet this is not a letdown, as Stone's trying to get over another point, how man almost destined to lead his country let them down so badly. He was after all just a man with all his failings. And what a catalogue of failings we see.

Nixon's portrayed as an odd character, often referring to himself in the third person this is just the thin end of the wedge which shows his paranoia, his belief that even after his commitment to his country the powers that be really never want him to ascend to the top of the political greasy pole and in some ways he might have been right. Only some ways though, the rest conjured up by Nixon's own insecurities. Through the commentaries and associated interviews on the disc with Stone himself it's more than apparent that Stone has no time at all for Nixon as a political leader, in fact you could go as far as to say that he actually despises the man who brought the American political system into such public disrepute. He does though somehow sympathise with this flawed man and almost understands how a man who because of his persecution complex detested the media, the political stalwarts who preceded him, and even the people he most closely worked with, could himself come to be part of that system of back stabbing, cover-ups and self interest.

As in JFK Stone extends the theory of the establishment and conglomerates controlling the country with at times Nixon himself being almost powerless to exact the policies that he wants. In a superb scene, cut from the original theatrical release, he confronts Richard Helms director of the CIA and it becomes more than apparent that Nixon even as the president is ultimately powerless to resist the continuing intransigent forces which control the helm of the ship America. Why this scene was cut, and another which perfectly highlights this feeling of impotence, from its original release I can't say but they perfectly sum up the hurdles which Nixon and in fact any political leader faces when coming to power. Stone revels in these conspiracies, his own country controlled by powers that no one sees or elects, and as I say I find it surprising these scenes were not included in the initial release and now obviously it is more than welcome that they have been reinserted for this director's cut.

Nixon has a cast to die for with Anthony Hopkins producing yet another top shelf performance as the main man in question. He really doesn't look like Nixon himself but throughout the film you forget this and eventually come to accept that his portrayal is Nixon, he has the mannerisms the fidgets and through good makeup the continual sweating which Nixon was famous for. His part is played superbly with exemplary performances from Joan Allen playing Nixon's wife Pat as the long suffering spouse fully aware of Nixon's faults, falling into the bottle to find some solitude to Nixon's continual need for reassurance which he ultimately never receives.

Bob Hoskins playing Edgar Hoover and James Woods, whom Stone used to great effect in his earlier Salvador, playing advisor H Haldeman, J.T. Walsh as John Ehrlichman, Powers Booth sneaking in as Alexander Haig and Ed Harris in a smaller role than he's accustomed to all provide perfect foils for Hopkins' Nixon to bounce off, to expose his limitations to and to be seduced by their political machinations. It is though Paul Sorvino who bears special mention here. Just like Val Kilmer in Stone's earlier The Doors where Kilmer is Jim Morrison, Sorvino becomes Henry Kissinger, he not only looks like the man but his wistful, deliberate tones portray the politician to great effect. Throughout all of Stones' films he has managed to squeeze every last ounce out of his players and Nixon is no different, this cast play their part and play them well involving you in the film, never once letting you think that you're watching actors; more you're a fly on the wall in this period of history.

Again like his earlier JFK the cinematography Robert Richardson is sublime, changing effects for subtle moments in the film portraying characters' or events mood well and the score by John Williams is not the lambasted in your face thunderous scores of earlier works but a more sombre, light piece which at times hardly registers on screen; this is in no way a criticism of the score itself as anything more in your face would have detracted from the performances. I have had the opportunity now to see this film three times since receiving the disc, I really wanted to get into Nixon's character a little more. On repeated viewing Williams' score comes across a little better and some of the political themes embedded within you can hear him relating back to the themes he introduced for the political machinations of Revenge of the Sith.

Like earlier works from Stone I thoroughly enjoyed Nixon but I found the editing a little off putting. Especially in the first half of the film the storyline chops and changes from one time period to another, from the events after Watergate way back to Nixon as a child before jumping back to say his political dealings in the 1960s. I found this a little distracting at times, and whilst it certainly demanded your entire attention I thought that this type of film would have been better represented chronologically; a personal preference perhaps. It's still not Stone's best work, and it has been ridiculed for massaging history, a fact I'm not overly keen on, but it's still a good rendition of a man troubled by his own past, his own perceived inadequacies and his fight against a political unmoveable beast and like Stones earlier works of Platoon and JFK it's one I shall regularly return to time and again to see Stone's interpretation on America's failing political system and some wonderful performances from Hopkins, Sorvino, Allen, Hoskins and Woods to name but a few. Highly recommended.