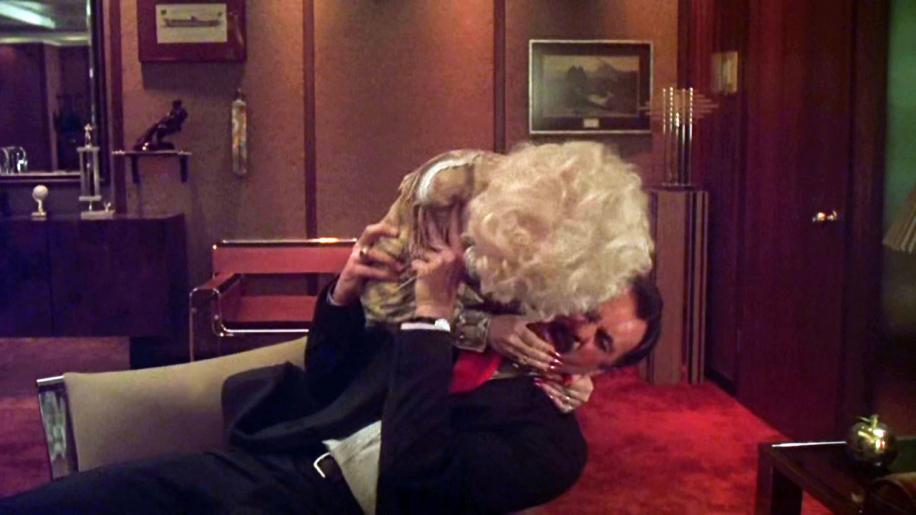 There are other movies sitting in the vaults more worthy of Fox's attention, but for whatever reasons they've decided to revisit 9 to 5. This sassy 1980 comedy, directed by Colin Higgins, brought a satirical edge to the neanderthal sexual politics of the average American workplace. Jane Fonda, also producing, stars as the newly-divorced Judy who gets an office job at Consolidated Companies to make ends meet. She quickly becomes pals with Violet (Lily Tomlin), a 12-year employee who shows her the ropes. On the verge of that little group is Dora Lee (Dolly Parton), the boss's secretary who is rumoured to be doing more than fixing him his coffee. The boss himself is the gloriously pig-headed Franklin Hart (Dabney Coleman), who soon finds himself the focus of the girls' attention for the wrong reasons. Cue a hilarious series of events including spliff-induced fantasy sequences, Violet nearly killing Hart, the girls finding out about his dodgy dealings, and eventually them incarcerating him when he threatens to blackmail them about his near-death experience.

Well, the film is repeatedly touted as a classic in the DVD features and elsewhere, but for me it doesn't quite reach those heights. It may have been a breath of fresh air at the time but it's a little dated now, although the issue of sexual harassment still resonates and the performances help to lift it above the average. Jane Fonda overdoes it a little as the meek, bumbling Judy, but Lily Tomlin is very good as the put upon Violet and Dolly Parton's huge, er, personality shines through as spunky secretary Dora Lee. Elizabeth Wilson is nicely smarmy as Roz, Hart's jobsworthy office senior who keeps an eye on all the slaves. Dabney Coleman is excellent as Hart, mainly because he manages to create a three-dimensional performance of a character that could so easily be over-played.

The film is a little too long at 109 minutes, but is still fast-paced enough to keep the laughs coming, if only for the bizarre S&M outfit that Dabney Coleman sports as his character is held prisoner by the ladies. The comic timing of the ensemble is very good - even newcomer Dolly holds her own - and the script is intelligent enough to steer clear of anything approaching sentimentality. So not a 24-carat classic for me, but no doubt a favourite movie for many of the women who've trudged their way through life behind a desk and wondered why that younger guy in the next cubicle is getting that promotion and they aren't. And Dolly's classic theme tune is always a crowd-pleaser.