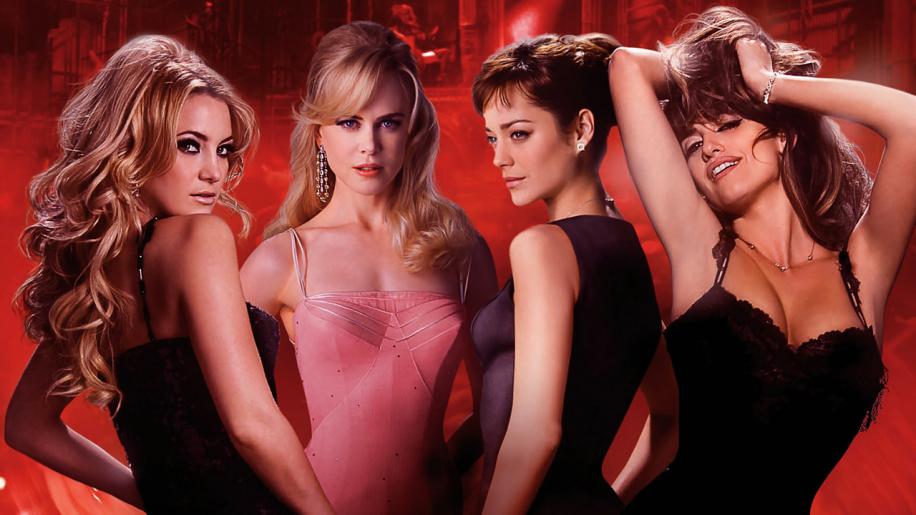 When you read the cast list for some films, you think that they just can't possibly fail. Take 'Nine', for instance - the recent movie from Rob Marshall based on a 'Hit Stage Musical'. In the cast we have big names like Daniel Day-Lewis, Judy Dench, Sophia Loren, Nicole Kidman, Penelope Cruz and Kate Hudson. A greater bunch of award winners and 'A- List' talent there has never been. I'm partial to a good musical too. I enjoyed 'Chicago' and even 'Mamma Mia' which most guys won't admit to liking as it's deemed a chick flick. Holy smoke, I even love 'The Sound of Music', so the likelihood of my enjoying a shiny new movie musical was very high.

Helmed by Rob Marshall who gave us 'Chicago', which picked up the Best Picture Oscar in 2002, the story of 'Nine' is based on the classic 1963 Fellini film '8-1/2' and so it appears to have the credentials of an instant hit. Indeed, it was nominated for a statuette in four categories at the 2010 Oscars - which caused my expectations to rise. Surely, it had to be good?

'Nine' tells the tale of arty movie director Guido Contini (Daniel Day-Lewis) whose last couple of films have been box office flops. He's about to start shooting his latest production but hasn't come up with a story or script as yet. He's suffering from nervous exhaustion and juggles the Press, his Producer, his Stars, his wife and his mistress by avoiding direct answers. He has a confidante in the shape of his costume designer, Lilli (Judi Dench), who listens to his worries and dispenses friendly advice.
He's been looked after, pampered, and worshipped by women since he was nine years old, and continues to carelessly handle his relationships with them. Although he's married to the attractive Luisa (Marion Cotillard), a former actress and protégé, he dallies with the more alluring yet unstable Carla (Penelope Cruz). He also remains obsessed with his long-time object of desire, Claudia (Nicole Kidman), and is tempted by an American magazine reporter (Kate Hudson). All of this time he's trying to mount his next production, for which there's no story, script or even a concept. The ghost of his mother (Sophia Loren) and his trusted costume designer (Dench) try to keep him on an even keel, but as the pressure increases, so does Guido's anxiety, propelling him toward awkward confrontations, painful self revelations and potential disaster. Will he rise to the occasion or will he have a total nervous breakdown and cause the picture to fold? Watch the movie to find out - if you dare.

The movie features all the songs from the Maury Yeston & Arthur Kopit stage musical which won 5 Tony awards back in 1982 and has lively choreography by Rob Marshall himself. So we have a great cast in an award winning stage musical adaptation from a director with the ability to make award winning movie musicals.
Does the sure fire hit 'Nine' cut the mustard, then? Not a chance. I attempted to watch this film three times. The first time I lasted 10 minutes, the second time I tholed it for around 20 minutes but the third time I forced myself to sit through the entire movie as I had promised to review it. The things you do for the love of movies. If I'd been in a Cinema, I'd have got up and walked out. It is just so boring. You don't care about the characters, even though the central one is a movie director. You don't care although there are some extremely beautiful women in the movie. In short, you just don't care - and I really wanted to do so.

Most musicals have songs that stick in your mind but 'Nine' really struggles on this score. The only one that played in a mind loop for me was 'Be Italian' and while I was watching the film I was willing it to be good, hoping that the next musical number would really take off - yet it never happened. Movie musicals have the ability to lift your spirits through the injection of joy in their numbers. The problem here seems to be that the movie is all about angst and this is generally reflected in the songs. Now, I could live with that if only there was a half decent tune involved somewhere along the line.

The story, as it rolls out, is episodic and compartmentalised. The film is not so much bound together by its songs as divided up - mainly due to the fact that they are played out on a minimalist studio set thereby seeming to be removed from the completeness. To use creative speak, it does not gel or crystallise. The film also attempts to be sexy, mainly through the display of ladies underwear during the dance routines that would not look out of place in an Ann Summers shop window, but even that seemed so deliberate that it did not get the desired reaction from this healthy, red blooded male.
Note to self, buy some Viagra.

On a positive note, the film looks good as it tries to convey the feel of a European Cinema production through the use of grainy black and white sequences mixed with strikingly lit colour photography but it would take more than a few pretty visuals to make this film work.
I found my attention being held for short periods of time and then wandering off in the direction of the clock. I was really glad when the end titles started to roll, but it certainly seemed like a very long 118 minutes.
I guess the best way to describe 'Nine' would be to say that it was predictable - a story we'd heard before that lacked the required sparkle to make it worth the re-telling and I'm reminded (vaguely) of a line from Shakespeare - ... a poor player, that struts and frets his hour upon the stage ... full of sound and fury, signifying nothing.


Okay, so just put me down as undecided then.