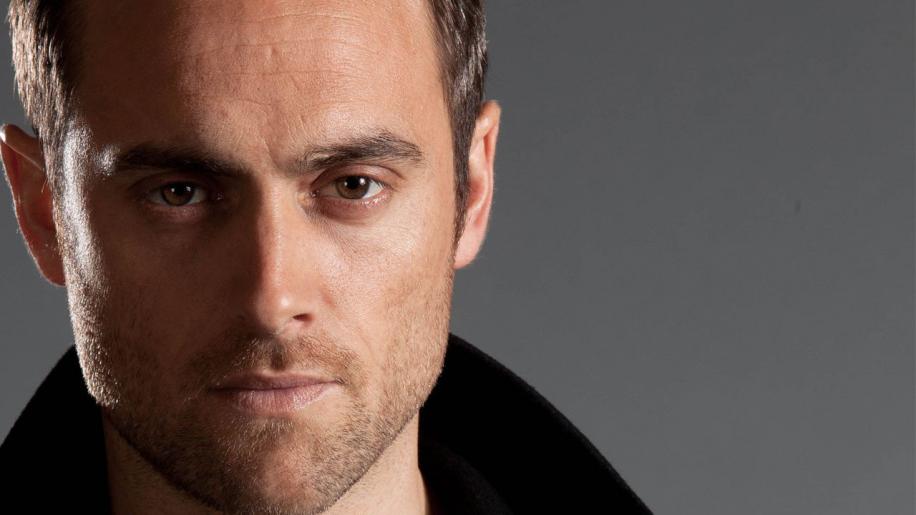 The Night Stalker has a wonderfully clear and sharp 1.78:1 image that has been anamorphically enhanced. Deep and richly atmospheric, the transfer blends its colours and its strong blacks to terrific effect, looking both glossy and neo-noir-ish at the same time. The many artsy neon-stippled street shots look quite breathtaking and the framing of the image is absolutely immaculate, offering up a vivid sense of scale and depth of field. Particularly impressive are the scenes set in the press office, which come across as detailed, involving and contain splendid use of shadows, tones and colours, and an immaculate reproduction of reflections upon glass. The image oozes warmth - that unique drip-dry TV sheen that always feels so welcoming. By contrast, though, some of the exteriors reveal a dryly stark clarity that looks quite refreshing. Los Angeles has been painted in many different ways over the years - but Night Stalker has certainly been mightily influenced by the post-modernist patina that Michael Mann so effortlessly conjures up in the likes of Heat and Collateral. And the transfer does this look justice with only a bare minimum of colour bleed noticeable only bigger screens.

There are instances when grain is visible in some shots but, given the otherwise extremely clean and sharp relief of the print, I can only assume that this is intentional. However, there is one time when a surprising amount of dirt and speckles afflict the left hand side of the screen in the episode entitled The Sea - when Kolchak's car is seen racing along - that seems to have slipped past quality control.

Overall, though, this is an excellent transfer. The only soundtrack for Night Stalker is an English Dolby Digital 5.1 mix. But, whilst it is nice that a TV show employs a full-on surround mix (mind you, it is becoming almost commonplace now), the effect can often only be slightly immersive. As it is here.

Certainly, a horror show like Night Stalker could make plentiful use of blasting stingers and creepy noises from behind to enhance the atmosphere and make the skin crawl, but the mix seems sadly underused. Typically, it dominates the frontal array, but a wide and deep stereo presence and good steerage across the three speakers ensures that the show sounds vibrant, punchy and alive. Dialogue is always clear and never submerged by effects or score. Ambience flits left and right without being too showy or intrusive. And the piano-led theme sounds sublime. Music throughout the show is handled well and the disc maintains good high ends and a suitably throaty bass level. The sub is never going to thump across the floor with this track, but the assorted stingers and occasional acoustic aggression is delivered with a nice degree of weight.

The rears come into play quite often, with office babble and general hubbub neatly dished out to fill up the soundscape, but the spooky elements always seem to be a little underwhelming. We do get some growls, footsteps, whisperings and wind effects to spice up the atmosphere, but they sound more perfunctory than dynamic. There are certainly no whiz-bang, aural acrobatics to flash past your ears, though ... even during the big shootout in Part 2 of the two-part adventure. But the episode Malum does feature some cool Satanic chanting emanating from behind you. An optional commentary covers two selected episodes - the Pilot and The Sea (Part 2 of the two-parter) - from Executive Producer Frank Spotnitz, Director Daniel Sackheim and Producer Michelle Maclaren. These are both typically fact-packed and entertaining and delve much deeper into the show's confusing narrative than the truncated first season actually reveals. The concept behind the upgrade is covered, though, personally, I don't think that Spotnitz made the right choices. There is much talk about the visual aesthetics of the show - the LA vistas, the constant use of genuine locations and the high-def cameras employed to capture the neon-pulsing city so entrancingly - and the filming techniques that were brought to bear. But the most interesting angle of the two chat-tracks is the explanation of what was to come about later in the show, had it not been cancelled. We get much teasing talk about the greater mythology of Kolchak and the part he plays in the battle between Good and Evil. The Hell Hounds from the Pilot and the zombie bikers from the two-parter - apparently they are actually the Four Horsemen Of The Apocalypse - are alluded to in what appears to have been some pretty grand ideas for the rest of the series. It becomes clear that the show was to be epic in scope. That it all sounds quite silly with it, and really heavily clichéd is, perhaps, unsurprising. The Kolchak show of old had very clearly been forgotten, despite the admiration that Spotnitz claims to have for it. To be blunt, the whole secret war between light and dark has been done to death and the secret armies and warriors carrying their designated mark (Kolchak's wrist symbol) would have taken this show into totally yawn-inducing territory. Even though a part quite enjoyed this story, I am still kind of relieved that it didn't go any further.

The three Deleted Scenes hail from the Pilot Episode, Into Night and Three. But only the first one offers anything of interest, with a much more explicit and exciting attack of the Hell Hound upon Kolchak's car as our heroes flee the beasts' lair. None last more than a couple of minutes.

A Conversation With Frank Spotnitz (6.47 mins) reveals nothing more than his undying love for the original series and the TV movies that inspired it, with only lip-service paid to the background of the new show, it's big ideas and casting inspirations, the mythology that would steer it and the cool high-definition cameras that would give it life. Spotnitz mentions his work for Michael Mann on Robbery/Homicide and how he was keen to bring that visual sheen to this show, too. Overall, this doesn't really add much to our knowledge of a clearly troubled show and how it met its end at the whim of TV execs. It would have been nice to have heard some heartfelt ranting from someone who invested a lot of time and energy into something that he truly felt had potential.

There are also the scripts to the final un-produced episodes which can only be accessed via your PC. I have to admit that I haven't, as yet, had a gander at these. I can't say that I'm enthusiastic about reading what was going to happen, although they probably do shed a lot more light upon the mysteries of Kolchak's history.

Considering that the four unaired episodes have been termed as Bonus Features, this is actually a fair crack of the whip for a show that was axed midway through its first season. Well, despite a lot of misgivings, I still think the re-vamped Night Stalker is worth a look. It has many faults, yes, but the show did not deserve to be axed so ignominiously. At least it attempts to update the formulaic, monster-of-the-week style that ended up hampering the original show. The irascible Darren McGavin is sorely missed - his little CG-blended cameo notwithstanding - and Stuart Townsend, whilst still likeable, needed a few more episodes to get fully into the swing of things and make the role his own. Still, Supernatural seems to have beaten Kolchak at his own game - being hip, atmospheric and unafraid to retain the weekly monster-mash.

The AV quality provides a ravishing picture, and even if the DD 5.1 isn't quite the surround experience we may have wanted from a spooky thriller, it still manages to enhance the show.
A brave failure, then. And one that seemed doomed from the outset.