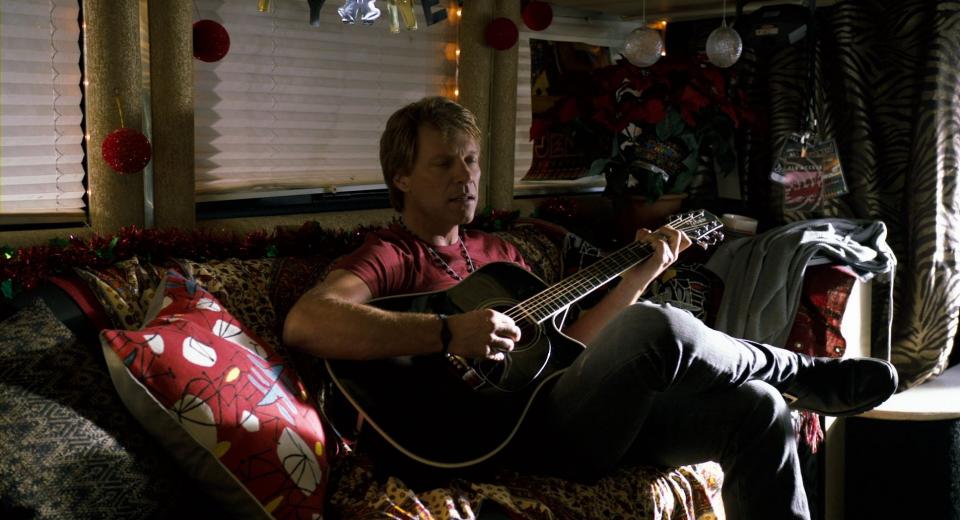 When will the Americans learn to leave big ensemble rom-coms to the Brits? New Year’s Eve is the latest in a string of pulpy, over sentimental movies that fail on so many levels, being neither tear jerkers or particularly funny. Compare this film to say, Love Actually, and you realise just how poor this movie is. It might feature an all-star and highly respected cast and have a reasonable storyline, but the script itself totally castrates the players leaving them with virtually nothing to say or do.

For the masochists who are still reading this, here is a very brief plot synopsis: It’s New Year’s Eve and lots of people are gathering in New York to stand around in Times Square for eight hours and wait for a big glass ball to drop. One of them is dying, two of them are giving birth, three of them are waiting for love and for all of them, the stroke of midnight is due to give closure. There is some intertwining of their various stories during the film and of course they all come together at the end. See, that’s quite a strong story and with some clever dialogue and sharp direction, it could be pretty good.

What of the cast, for they are many and varied. Let’s start at the top of the tree with the seniors: Robert de Niro plays Stan, an old man who is dying of cancer and is not expected to see the night out. His daughter is none other than Hilary Swank who plays Claire Morgan, the stress bunny in charge of the Times Square festivities, ably supported by city cop Brendan (Ludacris). Stan’s nurse is played by Halle Berry, while at the same hospital, couples Griffin (Seth Meyers) and Tess (Jessica Biel) and James (Til Schweiger) and Grace (Sarah Paulson), are about to have their first child, competing for a bonus offered for the family of the first child born in the new year. Meanwhile in some hick town a few hour’s drive away a couple are getting married, but we don’t need to worry about them as they play no further part in the movie as obviously standing around in the cold for hours did not feature in their honeymoon plans. The best man Sam (Josh Duhamel) however needs to get back to NYC in time for a party. Elsewhere in the city, fifteen year old Hailey Abigail Breslin is lining up to head out to the celebrations and is planning her first kiss, but only if she can escape the clutches of helicopter parent Kim (Sarah Jessica Parker). Meanwhile, Kim’s little brother Paul (Zak Efron) is helping frustrated PA Ingrid (Michelle Pfeiffer) to fulfil her previous year’s resolutions. 80’s rocker Jon Bon Jovi dons the tight leather trousers again to play Jensen, headline pop star of Ahern Records. He proposed to celebrity chef Laura (Katherine Heigl) last year and then promptly left her. His backup singer Elise (Lea Michele) gets stuck in a lift with comic book illustrator Randy (Ashton Kutcher) and that just about rounds up the major characters, except for the twenty or so supporting actors including Alyssia Milano and James Belushi with speaking parts! Frankly, this is simply far too many characters to get to know in any sort of depth and this leads to huge gaps in the storyline. There are also various cameos that will mean very little to many in the UK, as they include Baseball stars and US domestic TV celebrities.

With so many characters, the plot takes forever to get going. We are nearly half way through the movie before the introductions are done and this leads to a halting and in some cases stalled story. It also feels very disjointed, with a very different feel between storylines, almost as if the various writers tackled individual tales and then cut and pasted them into the master script. Some humour is there for the taking, but it takes a while to get there. The main problem though is that you don’t feel any emotional attachment to very many of the characters and this is of key importance in this sort of movie.

In some respects, this movie does not know what it is meant to be. We get a few song and dance numbers, but these all feel wedged in, as it is not a musical movie. We get teenage angst and a few teen stars, but this is not going to appeal to young adults. We have the perfect set up for an emotional farewell from Stan, but this is totally overlooked. We know he is going to die, so why ignore the final tear jerking moments as he slips away, happy and at peace and replace it with the daughter simply being handed his personal effects in a plastic bag? Halle Berry has a truly touching scene where she dresses up in her evening gown to Skype her husband serving abroad in the Army, but again, this is underplayed and we get very little in the way of dialogue to build the emotion.

Without watching the deleted scenes reel, there are a few other things that don’t make sense. For instance, why has one of the characters got his phone dunked in a jar of rice in a number of shots? Because he threw it in a snow drift when he got pelted with snow balls, that’s why. Plain and simple and could have been quite funny, but only if you watch the deleted scenes.

The end result is a huge, at times confusing mess. Disappointing is not the word for it and it further strengthens my view that these sort of movies need to be left to smaller and more skilled writing teams. I need to think of some positives within the movie and to be fair, for a Saturday night on the sofa with your significant other flick it is just about watchable. There are a few funny moments and the acting is pretty good, but watching high class actors struggling to make something out of the lines – and often having to laugh at their own jokes to give the audience a clue about the punch line gets tiring after a while.

So in conclusion, a good cast and initial idea let down by a poor script and lack lustre direction. Gary Marshall’s heyday was many years ago when his wit was a little sharper. He seems now to just let things happen around him and the end result is not pretty. Sorry, but this is one to not bother with unless you really want to wallow in American sentimentality or still hold a candle for Jon bon Jovi.