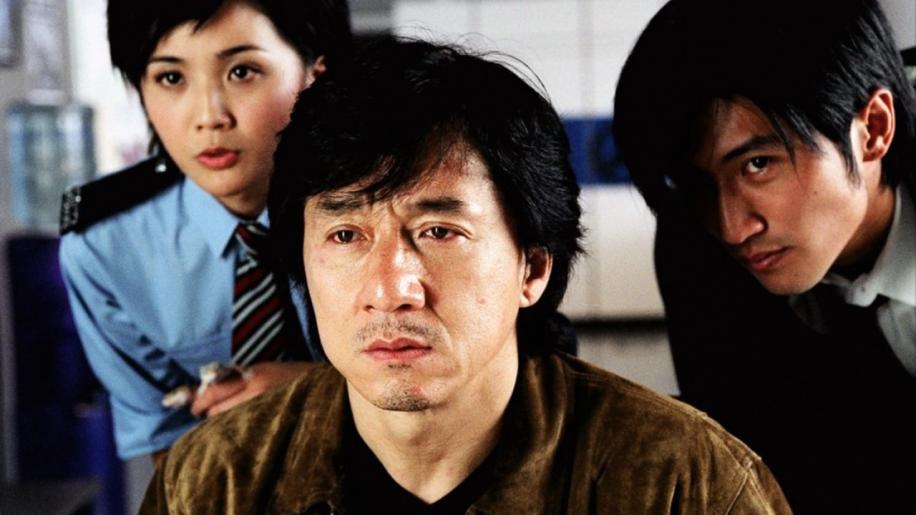 I like Jackie Chan - he's multi-talented, good looking and extremely skilful. The fact that we share the same birthday and are exactly the same height does not influence me in the slightest. I promise! New Police Story is the fifth movie in the series of... police stories with similar names, and Mr. Chan is back - this time as a down on his luck drunkard named Detective Wing. Cause of his woes? Wing is racked with guilt, blaming himself - and understandably so - for the death of his team who have been ruthlessly murdered by a bunch of young, rich, psychopathic computer whiz kids. Before the detective can even begin to hope to bounce back and wreak his revenge - (come on, now... this is a Jackie Chan movie, so I cannot be accused of giving the game away here!) - the guy must first hit rock bottom. And this is what turns what would have inevitably been just another, somewhat tedious movie, into a reasonable thriller/actioner. Chan ditches his “cheeky chappie” western movie persona in favour of a more serious stab at actually acting, and for me this comes as a welcome change.

The action is well handled, with the usual Jackie Chan take on Kung Fu-style stunts, and there is a nice, and for me at least, completely unexpected twist-in-the-middle-of-the-tale. I won't say too much about this as I don't want to spoil the effect, but the Police Station bomb scene was very well handled and completely threw me! Overall, I enjoyed New Police Story - the explosions are big, gunfire is loud and the action is fast and furious... if a little by the numbers. And it's nice to see Mr. Chan flexing his acting muscles for a change!