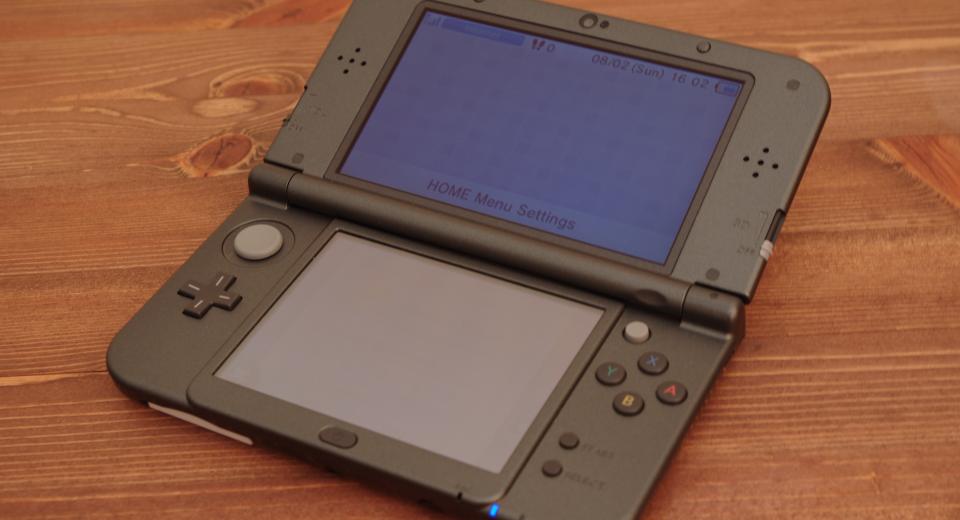 What is the New Nintendo 3DS XL?

Nintendo’s long history of updating their handheld consoles continues, as the 3DS receives some revisions. There are two models launching in the UK on the 13th February; here we’ll be looking at the larger XL version, but both will have the same feature set, only the size of the screens, battery life (both greater on the XL) and some colours differ.

The new version of the 3DS XL is almost identical in its physical footprint to the previous model. The size differs ever so slightly, with a few millimetres added to the width the only thing you’re likely to pick up with the naked eye, and even then it’s hard to gauge without one lying on top of the other.

The metallic finish has a sheen to it, but importantly doesn’t highlight fingerprints and smudges too much, which was something the original non-XL variant of the 3DS was somewhat prone to, due to its excessive glossiness. If you inspect the silvery (dubbed “metallic black”) coating on the new 3DS XL closely it almost has a slight carbon fibre look to it, as there’s a very fine criss-cross mesh pattern, which definitely gives it a premium feel.

Build quality, as you’d expect, is very good, though it was noted that the review model had a slight degree of lateral movement in the hinge which hopefully was an anomaly. Either way, it didn't affect stability or appear a weak point.

Open the lid, and an aesthetic nod back to the SNES controllers of yore is there with coloured letters on the face buttons. Unlike the standard 3DS, the XL’s buttons themselves aren’t coloured; the XL is clearly the understated model.

The most glaring change on the face of the console is the addition of the new C-stick, just above the face buttons. This replicates the functions of the optional Circle Pad Pro peripheral, which added a secondary thumb stick so as to bring camera control on certain titles - like Kid Icarus: Uprising - more in line with modern game design. In addition, there are now also ZL and ZR shoulder buttons.

On the lower half of the XL the Home button is still beneath the screen, emphasising its importance, but Start and Select have been moved to beneath the face buttons. This does however mean that older titles, like Pilotwings Resort - which had a visual representation of the layout on the bottom screen - will be slightly wrong, but that’s a very minor issue.

Moving the various ports has had a beneficial knock on effect. The charger now connects in the centre of the back of the console, with the game card slot in the left hand side of the front where the headphone port used to be, which in turn has seen the latter moved to the centre of the front. All seemingly pointless rejigging, but it does mean any leads that may be connected will be central, so your hands won’t foul an L-shaped 3.5mm headphone plug, and the charger adapter is nowhere near your right index finger. As I say, minor, but worthwhile tweaks nonetheless. Above: A new 3DS XL (metallic black) on top of the previous version (red and black), showing the differences in the rear ports.

What may not be as welcome is where the stylus now is. It’s moved from the convenient location of the right hand side - where it could be plucked by the tip of a middle finger curled behind the console at a moment’s notice - and now resides in the front of the machine. Not only does this prove a bit more fiddly to get at, but it also means the stylus is shorter and stubbier.

The wireless switch has been lost in the transition too, so turning it on or off needs to be done in the quick settings menu. It’s a pity, as it was always handy to be able to access it whilst the console was still closed, but this may be less of a design choice and more to do with the fact that it’s now tied to NFC (Near Field Communication) as well.

The last design change is another welcome one though - the shifting of the volume slider. In its previous location it was all too easy to catch it accidentally, but now it sits on the left of the upper screen, symmetrical to the 3D effect slider on the opposite edge. It also has a weightier mechanism to it now, which feels far more solid. Several areas have received something of an incremental upgrade. The processor has been beefed up, which will mean titles optimised for it in the future should show benefits, and some - like the forthcoming Xenoblade Chronicles 3D - will be exclusive to the newer model.

The camera has also been improved, with the new version capable of taking shots in low light that previously would’ve been too noisy. It’s still not likely to rival the smartphone in your pocket, but for kids wanting to take 3D pictures, the improvement is easily recognised.

Tying in with Nintendo’s introduction of Amiibo figures to use with the Wii U GamePad’s Near Field Communication, the same technology has been placed into both new 3DS models. This means that when playing a compatible title, you can place the figure on the lower touch screen and the chip within it will interact with the 3DS.

The big feature though is the "super stable 3D", which finally makes the handheld’s unique selling point a truly functional one. The rear facing camera enables facial tracking, meaning the 3D effect continues to work even when you move slightly off axis. For a console that utilises even sparing motion control, this is a huge plus point. I’d always tended to turn 3D off if there was likely to be any utilisation of the gyroscope, or if the game may require a sudden reaction that could see me shift my position, and thus break the effect. With the new 3DS XL you can move your head left-to-right or up-and-down, and the 3D doesn’t break into a flicker until you’ve moved well off axis.

There’s also a light sensor, which enables auto dimming. The overall brightness of the screen can still be tailored to brighter or dimmer in conjunction with the automatic settings though, which means it’s not just a case of it being well implemented or not, you can find a reasonable level that suits you and keep it on. The C-stick isn’t a stick as such, but an analogue nub which will immediately feel familiar to anyone who owned an IBM Thinkpad laptop in the nineties. It doesn’t offer any real movement, but reacts to force.

Trying it with The Legend of Zelda: Majora’s Mask 3D and Monster Hunter 4: Ultimate, I found it initially quite strange as you expect a second stick to move, and for feedback to be physically felt. years spent with dual analogue sticks means you get used to knowing where the camera is by where your thumb is. This isn’t the case with the C-stick, instead your cue is what’s on screen, and once you acclimatise to that it soon becomes a vital tool. It's still very much in lieu of a second stick, but its inclusion is a huge plus point.

ZL and ZR prove a similar case of aesthetic design butting up against the need for a new function. Usually on a home console controller the secondary triggers would be below the primary ones, but that wasn’t an option here without a radical redesign. So the standard L and R shoulder buttons have been shortened, and their new accompanying pair slotted in line with them. It’s less than ideal, and feels slightly cluttered; depending on how long your fingers are and how you tend to hit the L and R buttons (i.e. with the tip of your digit, or alternatively the joint) will likely determine how easy you find it to accurately press one without the other. Above: The stylus is now housed vertically within the body, and the rear fascia needs to be removed to access the memory card.

One area that has taken a backwards step in ease of use is the ability to access memory cards. There’s been a switch from standard SD cards to Micro SD / SDHC cards, but in doing so the actual slot has also been moved to inside the console. So, if you wish to swap the bundled 4Gb SDHC card for something of a greater size, you’ll need to unscrew the rear fascia. Considering the ever improving range of downloadable titles, it’s a strange decision to force users to get out a screwdriver if they need more space.

The new processor helps speed up UI responsiveness, but it's the kind of improvement that often needs a side-by-side comparison to see the benefits of. In conjunction with the new SDHC card there's a shortening of load times. Trying the old SD card that came with my 3DS XL against the new model actually halved the time on some demos, as it did with Monster Hunter 4 Ultimate, though loading from some older Nintendo 3DS cards showed minimal real world difference.

Keeping the new features well powered is an improved battery. It won’t revolutionise things with multiple hours more playing time like some third party peripherals claim, but with everything set to maximum I still noted 5-10% extra duration in comparison to my old 3DS XL.

Reason to keep your old 3DS

The new 3DS XL is a collection of minor alterations, repositioning of ports, a few odd design choices and just enough freshness features-wise to point towards why upgrading may be of benefit to current 3DS owners. It isn't as revolutionary to the way you play as an update like the GameBoy Advance SP was - with its clamshell design and sidelit / backlit screen - but it is certainly the most complete Nintendo portable yet in terms of features.

The super stable 3D takes something many regarded as a gimmick, drags it from its previous experimental implementation, and places it firmly in the here-and-now as a working model of the effect. It’s clear and remains so despite either the use of motion control in games or head movement, which is a success I’d hazard few expected.

There are some trade offs that may hinder the want to upgrade though. If you own a current XL and the style of title you prefer is unlikely to utilise the C-stick, or 3D causes unnecessary eye strain, then the design changes and differences inside the machine won’t warrant the expense, at least until exclusives that require the power of the new processor appear.

For everyone else, the ability to return to older titles already in your collection and not have the 3D effect break is almost like discovering a new feature in them. And playing games like Majora’s Mask with better camera control - without resorting to a slightly clunky peripheral - may prove too great a temptation.

The C-stick and super stable 3D are the console’s main selling points, and whilst they don’t revolutionise games, they do help evolve them into something slightly more satisfying; that’s what the updating of Nintendo handheld consoles has always been about.