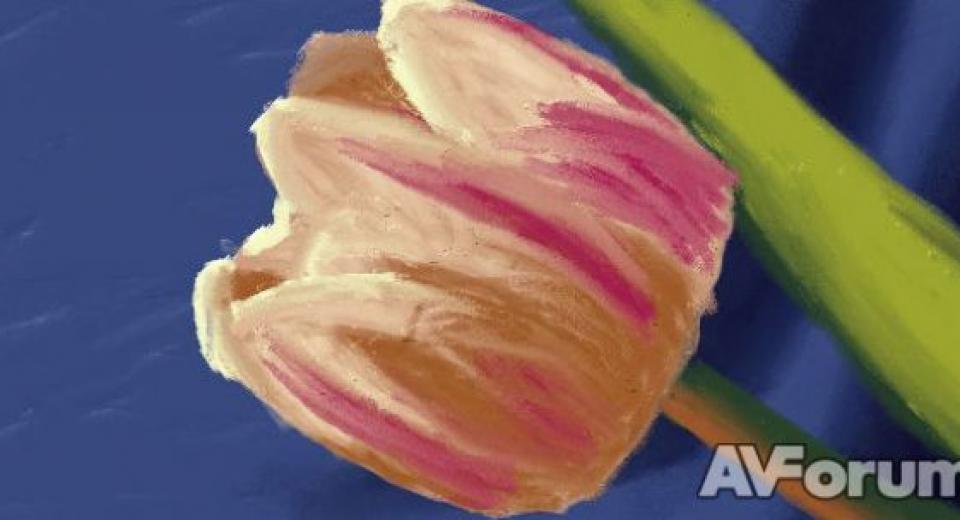 For many people videogames act as pure escapism, enabling alternative universes where lifelong dreams and unfulfilled wishes can be experienced and rectified. For most of the time that might mean acting a total badass; saving the world, saving the love interest, killing your enemies, kicking people in the face, earning the adoration of a planet and abusing the ability to stop time on a whim. Lest we forget however, that sometimes, you just need a change of pace; and sometimes, you just need to learn how to draw a piece of fruit.
New Art Academy caters for anybody that wants to learn how to draw and paint to a basic standard. Whether you’re an enthused school student or a 30-something that wishes they hadn’t picked up a twig to use as still-life ‘inspiration’ on the morning of their GCSE art exam, the blank canvas of the 3DS and the pointy accuracy of its accompanying stylus are your tools here. The series of lessons (delivered by bearded instructor Vince, along with his dog) introduce you to fundamental art concepts like outlining, shading, colouring, sketching, cross hatching, colour theory and perspective; showing you the techniques and methods before asking you to follow along on the bottom screen.
It’s probably worth noting before we go any further that Nintendo likely wants you to be playing New Art Academy on its shiny new 3DS XL. The super-sized portable vastly increases screen space available to users, meaning that stylus input has the potential to be much more accurate and generally less fiddly. During our time with the game however, the bog-standard 3DS performed just fine, and although any title that lets you draw directly on-screen has the potential to show off the slight lack of accuracy and input lag that’s inherent in most Nintendo touch-screen devices, New Art Academy never suffers to any great degree.

Back to the basics then, your first task in New Art Academy centres around drawing a luscious red cherry; or in my case, scrawling a round red blob onto the screen and marvelling at my (lack of) brilliance. The task is built up slowly, with each stage representing a steep learning curve for those of us with a general lack of artistic skill. First you’ll need to block out the canvas with a base colour, and from there you can sketch the outline of your subject with the aid of a grid - forcing you to work methodically and logically towards the correct form. Or - in my case at least - work towards a deformed oval, wipe the canvas and start again, forget to block the colour, wipe the canvas and start again, and then end up with a roughly spherical outline that could maybe pass for a fruit.
Amazingly though, by the time I’d finished, the cherry didn’t look half bad at all, and off I toddled into the rest of the lessons with a new-found confidence in my ability to block colours and shade in the details. Pretty quickly I was using four different types of pencil to make details in my sketches pop; I understood the need for neutral-coloured paper in order to better bring out highlights and shadows, and how to interpret perspective correctly and the basics of mixing colours.
And those are only the basic lessons, with the advanced section dauntingly waiting once you’re done. During those next few days however, the 3DS taught me that not only is it possible for somebody with virtually no artistic leanings to develop a skillset that equates to a degree of proficiency with a pen and paintbrush, but that it’s also a thoroughly pleasurable experience to do so. The lessons are relaxed and superbly helpful on all the core concepts, and it’s a simple task to flip between the object that you’re painting and rough approximation of what your image should look like at any given stage. Bonus mini-lessons are also opened up once you’ve done your main task, which allow you to practice the skills you just learned with minimal assistance.

Indeed New Art Academy plays that tutorial angle as well as you could expect really, and even throws in some tidbits about art history into the bargain. You can export your work to a virtual gallery and mount your creations on the wall if you wish, and you can also save them to your SD card in order to view them directly on the 3DS or export to a PC. Although they suffer somewhat as a result of the low-resolution 3DS screens, the jpeg images that are produced still contain enough detail to make them satisfying to send to friends or to keep hanging around your machine.
As for the 3D, as you might expect, there’s not much to it. The still-life scenes that you’re copying either contain a few sparse layers of depth or else come in video form, and to be honest, I switched to 2D almost immediately. There’s just no benefit to it on a product like this, and although that might be an obvious let-down for those of you wanting to utilise your hardware to the maximum potential, it really doesn’t detract from the experience.
The only other downer that I could really pick out is that general lack of accuracy that comes along with the 3DS stylus and 3DS touch screen, although that’s no fault of the software. Even calibration didn’t help with this to any great degree, but to be honest it’s nowhere near a deal-breaker. You quickly find yourself compensating for the few milimetres innacuracy that the 3DS screen introduces, and it’s no great problem once you’ve gotten used to it.

As a specialist product then, there’s little to take issue with about New Art Academy. It has a fairly simple remit to introduce users to basic art concepts and develop their skills to a level of proficiency, and whilst it offers little in the way of additional bells or whistles, the core content here is excellently presented and the suite of drawing tools is never less than accessible. That alone is worthy of recommendation, and the fact that it actually delivers on its premise is commendable.