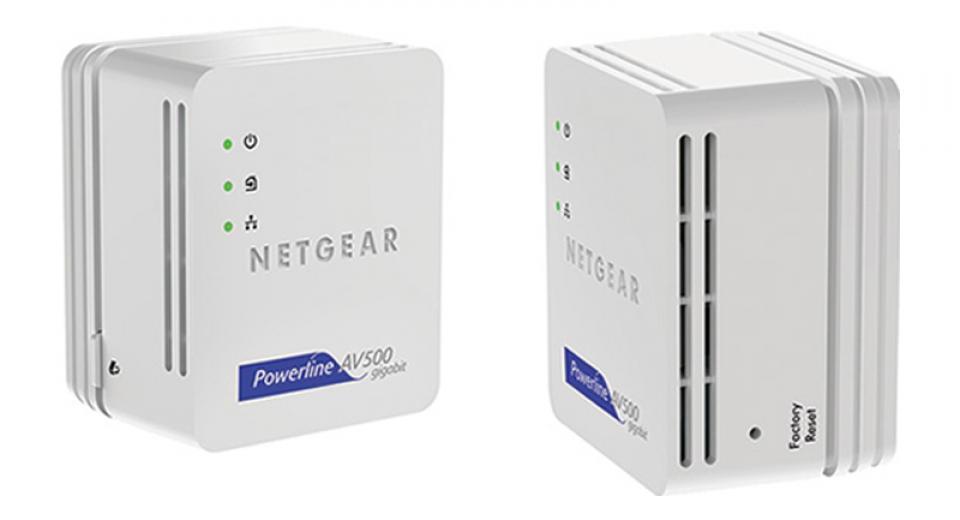 We have recently reviewed a number of different methods for creating a wired network in your home, from the HDanywhere full distribution system, to the Power Ethernet all-in-one wall sockets. In the case of the HDanywhere system, the performance and capabilities were impressive but it's very expensive and requires the installation of Cat5e/6/7 cabling. The Power Ethernet all-in-one sockets use the existing power lines in your home to create the network and whilst not as expensive as the HDanywhere system they are more expensive than the majority of the competition. This is because the Power Ethernet sockets are actually fitted in place of a standard two-gang wall socket but the excellent build quality does make for a very attractive and professional finish.

However, if you don't want the cost and hassle of having the Power Ethernet sockets installed there are alternatives that just involve plugging adapters into your existing wall sockets. One such example is Netgear's Powerline Nano 500 set (XAVB5101), which includes two adapters and two 2m Ethernet cables, all for around £80. This set not only offers the possibility of creating a wired network in a matter of minutes but it also includes an impressive set of specifications. The Nano 500 set has a gigabit ethernet port in each adapter, along with a 500 Mbps Powerline interface and HomePlug AV compatibility. There is also the Pick-a-Plug LED which identifies the best outlet for optimal performance. Let's take a look and see how the Nano 500 performs in reality.

The Nano 500 adapters are quite compact, in fact they are no larger than a standard plug adapter which explains the Nano moniker. The build quality is reasonably solid, with the adapters constructed of hard white plastic and combined with their diminutive size, they're actually quite discreet. There are grooves around the edges of the adapters to provide ventilation because when in use the adapters do get warm, although this is perfectly normal. On the right hand side there is a small hole into which a pin can be pushed to perform a factory reset. On the left hand side there is the security button that is used for pairing the adapters using 128-bit AES encryption and at the bottom of the adapter there is a 1Gbps Ethernet port. On the front of the adapters there are three indicator lights, the first of which is the Power LED. This lights up green when you plug the adapter into a wall socket but if no Ethernet link has occurred for more than ten minutes, the adapter enters power saving mode and the Power LED turns amber. In power saving mode, the adapter uses less than 0.5W. The second light is the Powerline LED which turns on when the adapter detects at least one other compatible Powerline device. The Pick-a-Plug feature allows you to check the speed of the wall socket for the optimal choice, indicated by the colour displayed by the Powerline LED. A green light represents a link rate of greater than 80Mbps, an amber light represents a link rate of between 50 and 80Mbps and red light represents a link rate of less than 50Mbps. We tested a number of wall sockets in our home environment and they all measured greater than 80Mbps. The last light is the Ethernet LED, which lights up when a powered-on Ethernet device is connected to at least one Ethernet port. Once the adapters have paired all you need to do is connect the nearest one to the broadband router using an Ethernet cable and then connect the other adapter to the Ethernet device. Netgear even provide two 2m Ethernet cables as part of the Nano 500 set but obviously if you need longer cables you can buy them very easily. That’s it, you now have a Powerline network and as a certain meerkat would say - simples! If for any reason you need to perform a factory reset, you just press the button with a pin for between 1 and 5 seconds.

If the ease and simplicity of the Nano 500 wasn’t enough, we also found the effectiveness of the created Powerline network to be very impressive. As we mentioned in the Power Ethernet review, Powerline networks have been around for some time now and typically operate by superimposing a modulated carrier frequency over the AC signal carried on a power line. A basic Powerline network consists of a transmitter unit capable of adding the communication signal to the AC power signal and a receiver unit capable of separating the communication signal from the AC power signal. In the case of the Nano 500 the adapter generates a modulated RF carrier signal at one location in your home, which is coupled to the existing power distribution system. The second adapter at another location then receives and demodulates the RF carrier, allowing the transmission of voice and/or data signals from one location to another. The key to creating a robust and successful Powerline network is ensuring that the power signal doesn't interfere with the RF signal.

The Nano 500 is compliant with the 200Mbps HomePlug AV specification which is part of the IEEE 1901 power line standard, and it's this that delivers the higher speeds. In fact it will work with most of the Powerline adaptors out there, with the exception of older HomePlug 1.0 devices. The separate units are paired using 128-bit AES encryption and they also support Windows, Mac, Linux and all operating systems with a RJ45 Ethernet port. Whilst the Nano 500 set claims to have a gigabit Ethernet port in each adapter, the maximum Powerline speed is actually 500Mbps. In fact since that number combines the uplink and downlink speeds together, the actual maximum speed is 250 Mbps each way. To be fair that's large enough and you're unlikely to get anything like that speed over your Powerline network anyway. It is telling that the Pick-a-Plug LED performance measurement regards a speed of over 80 Mbps as the optimum and in actual testing we got speeds of between 4Mbps and 90Mbps.

Netgear claim that the Nano 500 can cover an area of up to 5,000 square feet but unfortunately we were unable to test this in our home environment. We also only had one set so we weren’t able to test the integrity of the network by adding more adapters but it should be capable of meeting most people’s needs. It is probably best to remember that these power line adapters are a quick, easy and cheap solution and should never be considered as a viable replacement for a full Ethernet network covering a large area and involving a lot of connected devices. In our home environment, we installed one socket in the lounge, where we connected the router and another socket in the office. This allowed us to test the network with a variety of connected devices including laptops, BD players, TVs and games consoles. The sockets worked very well in our tests and we never had any problems when connecting devices to them. In fact, we were genuinely impressed with their ability to create a highly effective network and not only were the adapters easy to install but the results were excellent, providing a genuine alternative to WiFi which can sometimes be unreliable.

The Nano 500 adapters are certainly compact which probably explains the Nano moniker and the build quality is reasonably solid. In fact their size is one of their major advantages and not being any bigger than a standard plug adapter, makes connecting a cable to the downwards facing Ethernet port easy enough. Installing them couldn't be simpler and it's no exaggeration to say that we had the two adapters setup and working in a matter of minutes. The process involves just plugging the adapters into convenient wall sockets and then holding the security button on each one for between 2 and 5 seconds. The two adapters pair themselves using 128-bit AES encryption and then you connect one to your router and the other one to the device you're using, Netgear even include two 2m Ethernet cables for the purpose. That's it, you now have a wired network and if you want to add another adapter to your secure network, you just plug it in and press the security button.

The Nano 500 set claims to have a gigabit Ethernet port in each adapter, which it does, but since the maximum Powerline speed is actually 500Mbps it obviously can't deliver speeds of 1Gbps. In fact it can't even deliver speeds of 500Mbps because that is the maximum speed which adds the uplink and downlink speeds together, meaning a total of 250 Mbps each way. To be fair that's largely academic because you're unlikely to get anything like that speed over your Powerline network anyway. It is telling that the Pick-a-Plug LED performance measurement regards a speed of over 80 Mbps as the optimum and in actual testing we got speeds of between 4Mbps and 90Mbps. This would tie in with the green lights on the adapters which indicated that the link rate of the chosen sockets was greater than 80Mbps, which is the best throughput.

The Nano 500 is compliant with the 200Mbps HomePlug AV specification which is part of the IEEE 1901 power line standard, and it's this that delivers the higher speeds. In fact it will work with most of the Powerline adaptors out there, with the exception of older HomePlug 1.0 devices. It also supports Windows, Mac, Linux and all operating systems with a RJ45 Ethernet port and according to Netgear it will cover a home of up to 5,000 square feet. Sadly our home isn't big enough to fully test this claim and since we only had one set for review, we couldn't add more adapters to the network to test its robustness. It is probably best to remember that these power line adapters are a quick, cheap and easy solution but shouldn't be considered as a replacement for a full Ethernet network covering a large area and involving a lot of connected devices. However, we found that the adapters performed very well in testing and we connected a variety of devices including laptops, BD players, TVs and games consoles without any problems. They do get a little warm when in use but this is perfectly normal with power line adapters and when not in use they use less than 0.5W.

The Netgear Powerline Nano 500 set is one of those great products that does exactly what it claims to, providing an incredibly simple and effective way of creating a wired network at home. Installation and setup couldn't be easier, the performance is excellent and at around £80 it's easy to highly recommend.