It's time to dust off that old Hi-Fi system again 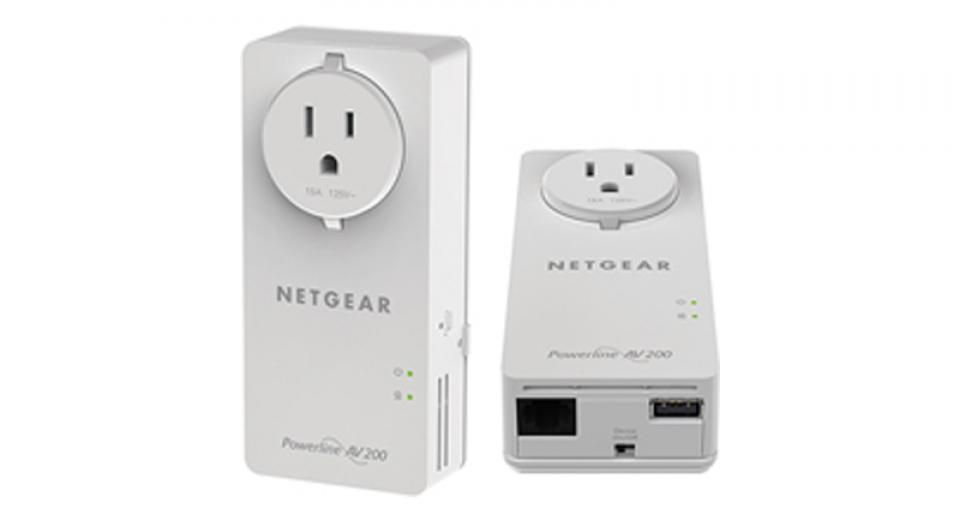 It appears these days that if you don't have the ability to stream media of any kind all over your entire house then you are somehow missing out or at the very least living in the dark ages. Seemingly every device you buy now, be it a TV or Blu-ray player or anything else, promotes its internet and media capabilities. Most now have Wi-Fi, smart applications for accessing YouTube, Netflix and other online activities and also the capability to receive photos, video and music from other devices you might have on your network.

But the issue arises when you buy one of these new fangled devices, only to realise you have no way of providing the internet access it sorely needs, without resorting to having unsightly cables all over the place or numerous wireless routers to fill the voids in your Wi-Fi signal. We reviewed a couple of devices from Netgear recently that offered excellent solutions to these problems enabling you to use your home's own internal electrical wiring to get internet and network access to devices you previously thought impossible. Such as the pair of 500 Mbps homeplugs and the Wi-Fi range extender reviewed. These received the AVForums Highly Recommended and Recommended awards respectively for basically doing exactly what they claimed with the minimum of effort.

These devices are a great idea, but what happens when you want to get media to a device that doesn't have Wi-Fi or even a network connection? Say for example you want to stream music to an old Hi-fi system from your iPhone. Impossible? Not for Netgear! The device we have for review today is the Powerline Music Extender (XAUB2511) that, via a pair of Powerline connectors, aims to give you the ability to stream music to any device that can accept a pair of RCA connectors or a mini jack connector, together with the ability to make any USB printer wireless or share a USB HDD over the network. Read on to see if this does what it says on the tin!

The Netgear XAUB2511 Powerline Music Extender set is in keeping with the usual design we have seen with Netgear's previous products; made from the same hard white plastic and giving that same high quality feel to which we've become accustomed. The two Powerline connectors that make up this kit are larger than ones we have previously reviewed due to the useful addition of a pass-through socket built into each device, meaning that you will not lose a socket when you plug one of these in. However despite their larger size, they still keep a small footprint that won't obstruct neighbouring sockets. On the main unit we have one 10/100 Mbps Ethernet port, a small pin hole for performing a factory reset and the button to set up the security.

The second unit also has a 10/100 Mbps Ethernet port, factory reset and security buttons, but with the addition of the USB port for connecting the USB to audio cable, USB printer or a USB hard drive and finally an on/off switch (the pass-through socket still works when the unit is set to off). Both units have the familiar slots for ventilation down each side although neither unit gets very warm during use. To the front of each unit we have the Power LED and the Powerline LED with it's 'Pick-A-Plug' feature. This gives an instant indication of the speed you can expect from your chosen socket, with green being a link rate above 80 Mbps, amber for between 50 and 80 and red for under 50. The main unit has an additional LED which lights up when the Ethernet cable is connected.

The setup of this kit is extremely simple and thankfully is in keeping with previous Netgear products we have reviewed. You simply plug in the main unit to a socket near your router, connect the Ethernet cable to your router and then just plug in the secondary device to a socket of your choice in another room. After pressing the security button for two seconds on each unit the lights on the front of each device should be a solid green and that's it. You now have a fully working Powerline system.

On to the main selling point of the XAU2511, the music extender. Simply plug in the USB to audio cable to the secondary unit, then connect either the RCA connectors or the 3.5mm mini jack to a speaker or a Hi-Fi system. You now have three options in sending music to that speaker or Hi-Fi system. The first option available is via an iOS device. Due to it being Airplay compatible, you simply go into your music application, select the XAU2511 from the list of devices and play any song of your choice (this also works for listening to the audio only from Youtube or other movies). After a few seconds you should hear that song playing on your connected device. You can control the volume of the connected device from your iOS device too. The second option is via an Airplay compatible App on an Android device. Apps such as Tonky Mobile offer a process very much like the iOS method described above. We are not done with the Powerline Music extender yet! Apart from the Powerline Network and Music extender capabilities we have two more excellent uses. Connecting any USB printer and then clicking connect on the the Netgear USB Media Extender Utility we installed previously will instantly turn it into a wireless printer. You can now print to this printer from any compatible device that is connected to your home network. The final use is to connect a USB storage device and after a few seconds it shows up in the Media Extender Utility. This storage device is now available to any other device on the network. The downside of all these uses is that the second unit only has one USB port, so you can't use more than one of the above functions at once. Another USB port would be a nice addition to see on a future model.


The two screenshots above, taken from the useful 'DU Meter' software, showing firstly the speeds we received when transferring files across the Powerline network and secondly the speeds received when transferring a file from a USB hard drive attached to the second powerline unit to a computer on the network. As you can see we received excellent speeds of over 50Mbps when transferring files across the network with a 1GB file taking just about 4 minutes to transfer. This should be more than enough for HD streaming for example. The file transfer from the attached USB hard drive gave lower results of 19Mbps, which for the 1GB test file took about 8-9 minutes to transfer. The screenshot below from the Netgear Powerline Utility shows the link rate the two devices are currently connected at. It's worth having a play with various sockets to find ones that give you the best connection and also bearing in mind that other devices on in the house could have an effect on the link rate. For example whilst the Oven and Microwave were on we saw the link rate drop to less than half of what you see in the screenshot below. As the main use of the Powerline Music Extender is to stream music to devices you previously thought impossible, or at the very least a major hassle, the speeds shown above are more than sufficient to cope with music. We tested in several locations, with several different music files and once the connection has been made (which takes a few seconds only) the music plays without issue, freezes or any stuttering at all. Both Powerline connectors are only the 200 Mbps versions, so you won't see the transfer speeds we saw in the Netgear 500Mpbs Powerline kit (XAVB5201) and therefore if you are regularly transferring huge amounts of data, then one of the faster Homeplug sets will probably be a better choice, but for everything else this does exactly what it says on the tin!

We tested the Music Extender with a variety of sound files. From a CD, iTunes audio, various audio files on our computer and also the audio only from YouTube videos and other movies. Considering the signal is being sent through the electrical wiring, via USB to a DAC and then down an RCA cable to an output device, we were particularly impressed with the quality. No unwanted static or interference was noticed and we appeared to get the same quality out as we put in. Sound quality is a very subjective area and with the Music Extender you have the option of sending audio to any compatible device from a cheap speaker to an amplifier costing thousands so clearly that will have an impact on the perceived quality, but to our ears, we had no complaints.

It's getting a bit tiresome reviewing Netgear products as we can't seem to find many things wrong with them! It may come across that we always give Netgear a good review, but that's only because we have so far encountered no issues yet that would cause a bad review. We are not saying all Netgear products are amazing but as with the Powerline Music Extender (XAUB2511) we reviewed today, they do everything they claims to, with an extremely easy and fast setup and minimal effort on the user's part.

As with the previous Netgear products we reviewed, the Pick-A-Plug LED feature allows you to easily identify the ideal electrical outlet to use, with a green LED meaning a link rate of above 80 Mbps. Despite Netgear saying it is not recommended, using the Powerline devices in a 4 way extension socket for example, appeared to have no negative effect on the link rate or transfer speeds received. Our testing gave a maximum result of over 52 Mbps for transferring files, which is obviously nowhere near the 100 Mbps theoretical maximum speed, but that quoted speed is based on perfect conditions and the results we saw were more than enough for HD streaming and music playback.

The Powerline Music Extender is Homeplug AV compatible and also backwards compatible with all previous Netgear Powerline products, meaning adding a third or more Homeplugs to your new Powerline network is hassle free. It's compatible with Windows 8, 7, Vista, XP and Mac OS X and offers a quoted coverage of up to 5,000 square feet. The current RRP of £117.99 is a little higher than we would like to see this device priced at, but if you shop around you should be able to save yourself at least £20 off that price.

With excellent performance from both the Powerline network and the music streaming, there really isn't anything bad to say about this device. At a stretch we could probably complain that there is only 1 USB port; adding another one to each device would allow you to simultaneously use the USB printer, USB storage device and the music extender functions, but that's about it. If you are looking for a way of rejuvenating an old Hi-Fi and adding a Powerline network, then the Netgear Powerline Music Extender XAUB2511 is definitely one to seriously consider.