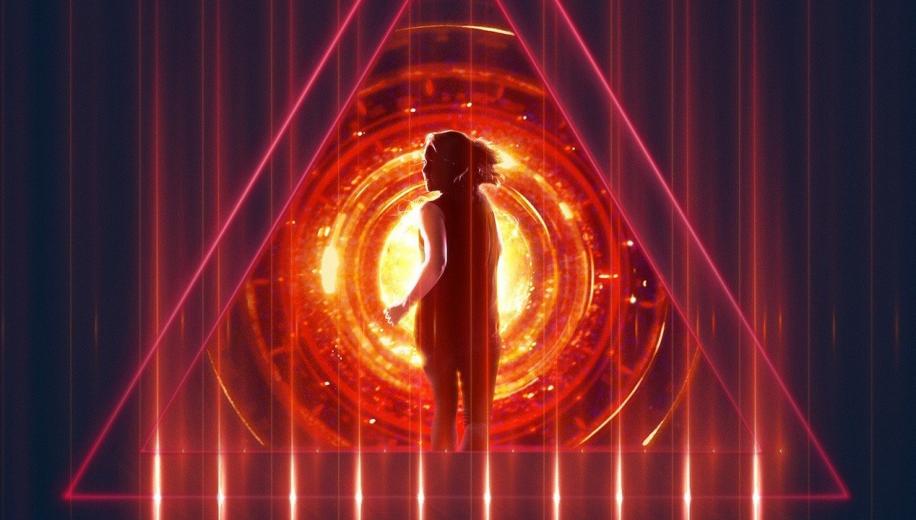 The debut directorial effort of Federico D'Alessandro - the storyboard artist behind a number of Marvel offerings - borrows heavily from a number of other 'captured and experimented on' offerings, ranging from the Saw series to Hostel to, probably more appropriately, Cube, with a sci-fi bent that informs its basic idea of a group of individuals imprisoned in a high-tech facility.

Street thief Maika Monroe finds herself drugged and dumped in a prison cell with a group of disparate individuals, all tied up and wearing masks to prevent them talking. Occasionally pulled from their cells, strapped to a bed and mentally 'drained', they forge together to try and escape, only to find that the building - which looks increasingly like somebody's high-tech 'home' - is guarded by a deadly A.I.


After The Guest and It Follows, Maika Monroe established herself as a modern scream-queen, with Tau cementing this position.

Boasting the now pretty standard glossy finish that most modern Netflix Original movies are afforded, Tau is actually a fairly stylish piece, relying upon its single-set location to limit budgetary exposure whilst ramping up the claustrophobic tension. Aside from its restrictive locale, Tau relies upon a very limited cast, dominated by Monroe, but supplanted by Deadpool's Ed Skrein (doing his best Nicholas Hoult impression) and by the voice of none other than Gary Oldman as the Lost in Space "Danger, Will Robinson"-esque A.I., called Tau.

Indeed it often ultimately boils down to Monroe scrambling around looking for a way out, ever watched by the A.I. and her creepy host, adding another layer to low budget fare like the Noomi Rapace 'trapped' movie, Rupture, or even Pet, benefitting from a Netflix sheen that enhanced otherwise flawed productions like the disappointing Duncan Jones sci-fi thriller Mute, but without the proper breadth of something like Alex Garland's Annihilation.

Coincidently, Tau does eventually start to tread on other Garland territory, namely Ex Machina, seeing Monroe attempt to forget a relationship with her almost Short Circuit-esque A.I. companion, which puts a different spin on the mystery, robbing it of some of the tension (the latest X-Files season's best episode covered similar ground, but cleverly didn't relent on the threat) although at least giving it a different direction to go in.

At 97 minutes long, it feels surprisingly loose around the edges, with some more tense moments of 'hunted' horror, primarily courtesy of the A.I.'s guard dog, the deadly robot Aries, but otherwise long pauses between as the mysteries are slowly unravelled, and as the A.I. is humanised.

Ultimately Netflix hasn't pulled off another great sci-fi gem here, but Tau does provide decent enough distractions for a night in front of the TV, overplaying its initially intriguing premise but still delivering enough diversion to entertain.