Netflix's When They See Us Movie Review

"When the police want what they want, they will do anything." 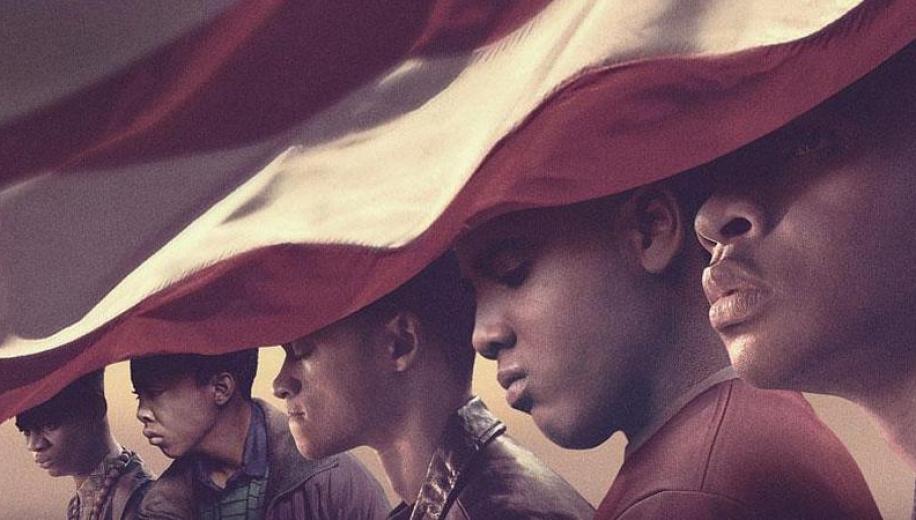 Netflix takes an extended look at the Central Park Five, in the 4-part limited series, When They See Us, about a group of teenagers wrongly accused of rape.

Writer/director Ava DuVernay - who recently became the first black female director to get an Oscar nomination - is the creator behind this tremendous new drama series, co-writing and directing each of the four feature-length 90 minute episodes, which act as chapters to chart the key events in the real history of this tragic piece of devastating injustice.

For many, the story will be known, and When They See Us rightfully doesn't even attempt to offer any mystery to the piece - just like for those who had perhaps never heard of the real Chernobyl disaster, knowing the core had blown is almost a spoiler, but the revelation comes in minutes of the start of the Chernobyl TV show; so too here, the five kids involved are never even teased as being suspects in the viewers eyes. This fabulous dramatisation takes us straight on the path of tragic miscarriage of justice within minutes, snowballing the horrors that the innocent teens endure, completely blindsided by what they have been swept up in.


This dramatisation takes us on the path of tragic miscarriage of justice, snowballing the horrors that the teens endure, completely blindsided by what they have been swept up in

Tron, Ray, Kevin, Yusef and Korey are five Harlem teens - one hispanic, and four black - who probably add to the old adage of wrong place, wrong time, with the further very clear element of wrong colour, when they are caught up in a police crackdown on Central Park, following an alert that there were over a hundred 'black youths' causing trouble in the park.

After the body of a brutally raped white woman is found, the investigating officers demand justice for all the unanswered rapes that have been committed in the area, picking a group of vulnerable - mostly underage - teens and verbally beating and coercing them into giving statements which would change the course of their lives forever.

When They See Us is a frequently very powerful piece of work, with a slew of fabulous performances from an ensemble cast of familiar faces - Michael K. Williams, John Leguizamo, Vera Farmiga, Felicity Huffman - as well as extended support from the likes of William Sadler, Logan Marshall-Green, Famke Janssen and Joshua Jackson. The lead child actors are all newcomers, and are superb, utterly convincing in being steamrolled into the horrific position they ended up in.

Indeed, it works as an interesting companion-piece to the completely different but strangely similar cover-up/miscarriage of justice in Chernobyl, also drawing intense feeling of horror at just what lengths human beings are capable of going to in order to make their lies stick.

Near-perfectly crafted, the only possible failings in When They See Us stem from a slight underdevelopment of the seeming antagonists - it's not like we need to be able to sympathise with the cops and, later, lawyers and judges who were all embroiled in this, but a little understanding in their thought processes would have better made them into real portrayals of real humans. Instead what we have are a series of practically moustache-twirling villains, nigh on psychopathic in their desire to reframe the entire case - repeatedly - just so that they can get a conviction, any conviction. It's almost a shame that these weren't slightly better designed antagonists, as it comes across as nonsensical that anybody would have just arbitrarily chosen to be so dogged about punishing these individuals.

One minor help could have come from graphically detailing the aftermath of the rape at the outset, which resulted in a woman who was expected to die, and even given her last rites, but miraculously surviving the brain damage, severe hypothermia, massive internal bleeding, and loss of an estimated 80% of her blood - anybody discovering that body would have likely been affected, and their desire to punish somebody, anybody, would have clouded their moral compass. Although this certainly wouldn't make them any less culpable for the criminally negligent decisions they made, at least they would have come across a little less like caricature villains ripped from some corrupt cop drama. It doesn't help that not all of the cops are on the same page, with plenty positively ridiculing the reframing of events, and aligning of coerced testimony, yet seemingly only for the benefit of the viewer's further frustration. Still, it's hardly like the 'villains' deserve to be portrayed as anything but - it just would have helped make for an even more weighty drama if they'd at least been made human.

The overwhelming sense of injustice permeates every pore of this drama, and merely escalates with each passing minute, as parents (often horribly facilitating the lies, either through omission - one has to go to work and can't be there in his kid's interview - or thinking they are doing the right thing by agreeing to whatever the police are asking for), lawyers, judges and the press and public all unite in a grand circus outcry for justice for both sides - emphasising the racial prejudices at work here as half of the public scream for justice for the rape victim, whilst the other half want justice for every innocent non-white who has ever been picked up and prosecuted on the basis of little more than the colour of their skin.

DuVernay works tirelessly to fashion a powerful mini-series, rightfully extended way beyond the runtime of what one mere movie could afford (and further gifted Netflix's new, refined, and largely excellent Dolby Vision implementation - which doesn't just leave everything too dark to see), and the end result is a tough watch which is considerably better than the likes of The People vs. O.J. in its scathing examination of these real life events and demands a watch. Recommended.