Art to Die For 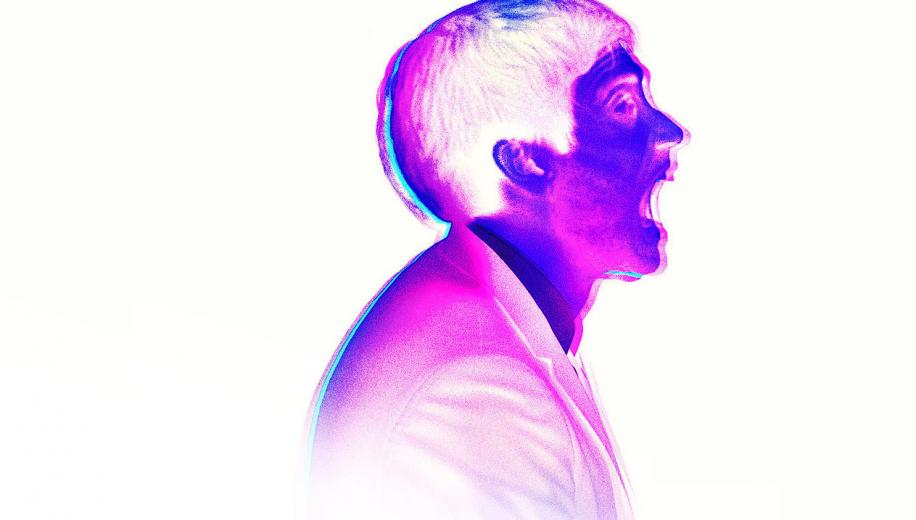 Director Dan Gilroy and star Jake Gyllenhaal re-team after Nightcrawler for this ostensible satire on the art world which soon descends into supernatural horror.

After taking a particularly disturbing look at crime scene journalism with their last film, Nightcrawler, the latest feature from Bourne Legacy writer Gilroy, and Gyllenhaal - who has enjoyed some eclectic and acclaimed work across the likes of Nocturnal Animals, Prisoners and Enemy - initially takes a striking look at the high art scene, poking a satirical finger at the ludicrous behaviour or artists and art critics alike.

Gyllenhaal plays Morf Vandewalt, a revered - and more importantly feared - art critic who can make or break an artist with a single review. After seething disdain at the latest show, he hooks up with Zawe Ashton's (also from Nocturnal Animals) young assistant, Josephina, who has discovered a stash of paintings left behind by a recently deceased artist. When the two decide to release the works to universal acclaim, the resultant success does not come without consequences.

Although ostensibly a poignant and take-no-prisoners critique of the ridiculousness of the art world - the area which Gilroy appears to be, not only most familiar with, but most comfortable with exploring - Velvet Buzzsaw has darker thoughts on its mind. Gilroy is not content to explore the colourful lives of the likes of Thor's mum Rene Russo (curiously in half of the movies Gilroy has written or directed) as dealer Rhodora Haze (the names are superb), who manages to sell a shiny metal ball for $7 million, or John Malkovich's (recently also in Netflix's Bird Box) failing artist whose best-appreciated works remain from his days of being an alcoholic - or even in the remainder of the somewhat ensemble cast that includes Toni Collette (Hereditary), Stranger Things' Natalia Dyer, Daveed Diggs, who was recently excellent in the indie gem Blindspotting, and Billy Magnussen (from Game Night and Netflix's Maniac). Instead, he wants to shed some blood. Slow-building the mayhem, eventually Gilroy goes for the jugular, relishing cutting his teeth on his first full-throttle horror (notwithstanding the alternative horrors that Nightcrawler afforded), finding his way around increasingly bloody and macabre incidents that almost spin the narrative into full-blown Stephen King territory (think: the curse of Thinner), but also come with commensurate flaws, as the filmmaker soon slips out of his comfort zone, and as questionable Netflix editing strikes once again (scenes left on the cutting room floor leave the whole relationship drama aspect of the narrative quite jarring).

The imagery - as you might only expect from a feature centred on the modern art scene - is frequently stunning, enjoyed all the more with the benefits of Dolby Vision allowing a full exploration of the dynamic colour palette and rich, deep blacks (this is one of the first Netflix/Dolby Vision movies that doesn't appear to get completely carried away by the capabilities of DV and forget that we need to still be able to see the film - c.f. Hold the Dark). Similarly Marco Beltrami's (3:10 to Yuma, The Hurt Locker) strong soundtrack manages to balance a dark fairytale edge with the outright horror antics, enhanced by Dolby Atmos, which certainly becomes noticeable when the more supernatural elements of the feature come into play.


More like a feature from the Director of Nightcrawler, rather than just another Netflix Original

Whilst Gilroy doesn't quite have the horror chops to fully deliver with the shocks, nor any likeable protagonist to follow through the bloody journey, he still creates a palpably - though intermittently - creepy atmosphere, although undoubtedly one might wonder what the feature would have been like without the supernatural angle, instead merely focussed on the real horrors of the art world themselves, taking a more Nightcrawler-esque angle with a view to heightened reality, rather than slipping over into the macabre, and then struggling somewhat to tie it into the cutthroat world it centres on as any kind of tangible commentary. It's still an interesting blend, even if it doesn't always work.

Velvet Buzzsaw is close to being an acquired taste - which is ironic given its initial observations on the very notion of critical taste, or lack thereof - but its curious and somewhat hypnotic style and crescendo narrative draws you in, with the end result feeling pleasantly far from the usual 'standard' Netflix fare, and closer in production value and quality of script, acting and overall result to some of their more recent minor gems, like Bird Box. It's more like a feature from the Director of Nightcrawler, rather than just another Netflix Original, with its shortcomings less to do with the streaming platform's curse and perhaps more to do with the director dabbling in the new realm of supernatural curses himself. Flaws notwithstanding, you could do worse than spending a snowy night in with this unusual effort.