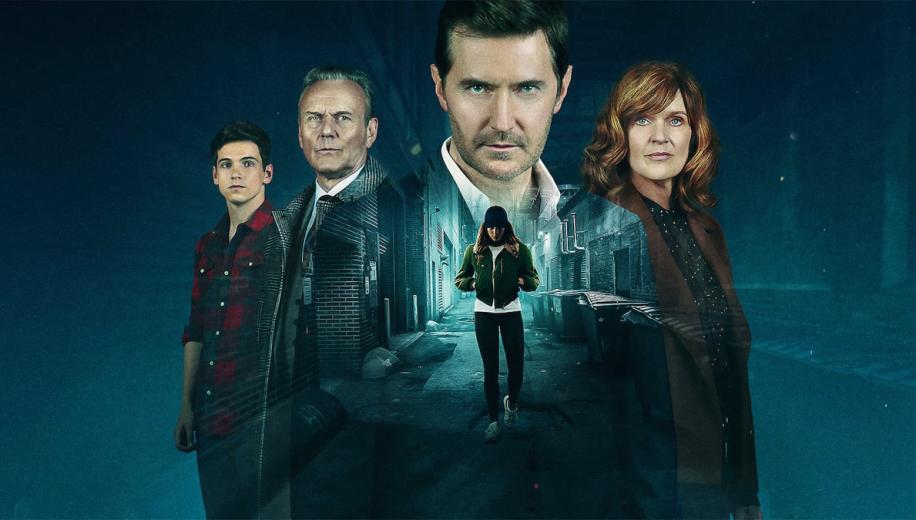 Netflix's British adaptation of Harlan "Tell No One" Coben's The Stranger is contrived in the extreme, blending ludicrous mystery "thrills" with pointless teen angst and an abortive murderous subplot.

Novelist Coben has proven quite popular on both the thriller front and the Young Adult front, with the output from the former genre seeking much French attention, including the excellent 2006 adaptation of Tell No One, as well as the French series No Second Chance, and the French-British Netflix show, Safe. A further Netflix adaptation from his work was surely a no-brainer, going British with cast and location and positing its hook front and centre - a stranger whose revealing of secrets sparks a surprising series of events. The reality is, though, that underneath all the convoluted machinations and twisting subplots, this is basically a story which could have been told, Tell No One style, in an efficient 2 hour thriller. And may have worked.

Save eight hours of your life and don't watch it.

Lawyer and family man Adam Price has his life turned upside down when a mysterious stranger tells him shocking secrets about his wife, lighting a fuse that sees his wife disappear, and that somehow ties into a complicated conspiracy involving his philandering lawyer father, his secretive ex-detective neighbour, and a police investigator who gets a little bit too close to the truth.
﻿

﻿Clearly trying to go for the world record in sheer volume of complicated subplots - and certainly succeeding when it comes to the number of unnecessary ones - The Stranger loops in a story about kids on drugs at a bonfire party that goes wrong, a tale of missing money at a kids' football club, a legal battle over planned demolition of a property, a mother who discovers her daughter is involved in the wrong kind of online website, a dirty cop who conveniently has a shooter (:rolls eyes:), some extraneous about-to-be-married couple whose secrets get exposed at the 11th hour, a daughter whose persistent illness may not be from natural causes, a man who is hiding a dead body, and a woman (the titular stranger) whose self-employment involves basically extorting money out of people not to reveal their juiciest secrets, but who somehow has herself got ties to all of the above.

Kind of hilariously, all of these seemingly disparate - but actually painfully and convolutedly connected - subplots only drown out what could have otherwise been a relatively straightforward, and perhaps even moderately gripping, tale of a man whose wife disappears just after he finds out some shocking revelations about her.

This is basically a story which could have been told in an efficient 2 hour thriller and may have worked.

Richard Armitage (The Hobbit, Spooks, Hannibal) does his best to hold things together as Price, supported by the likes of Buffy's Anthony Head, Downton's Siobhan Finneran, Game of Thrones' Paul Kaye, Ballykissangel's Dervla Kirwan, The Shadow Line's Stephen Rea and Hannah John-Kamen (Ghost in Ant-Man and the Wasp) as the eponymous stranger. And that's not even including the teen cast. But despite the acting talent on offer (Rea's a fabulous actor, and has had tremendous success with his Hugo Blick work on Shadow Line and Honorable Woman, but is utterly wasted here) the whole production buckles and collapses under the weight of convoluted plotting and extraneous side-stories.

Come the "shocking" conclusion, you'll be scratching your head over the point behind the tales of drugged-up kids at a party (which, after 6 episodes, just gets forgotten about), a couple with a leaked sex tape, or even a random British cop with a shooter. This is essentially just a guy looking for his wife, but, stretched out over a horribly painful 8 hours (give or take) it's either an exercise in the longest and most tedious missing persons thriller ever conceived or an exercise in how you can take a potentially good (albeit well trodden) movie plot and turn it into a vapid, protracted, and frequently inane Netflix series for no apparent reason other than... quantity over quality? It's a glossy, well made production - particularly considering it's British - but it's utter nonsense.

Watch it for a hilarious car chase ("she went right!"), some horrible acting and painfully cliched dialogue ("just find her!"), and a fabulous "disappearing act" moment at the trainyard. Or just save eight hours of your life and don't watch it at all. Come the final 'reveal' it won't have been worth it.
﻿