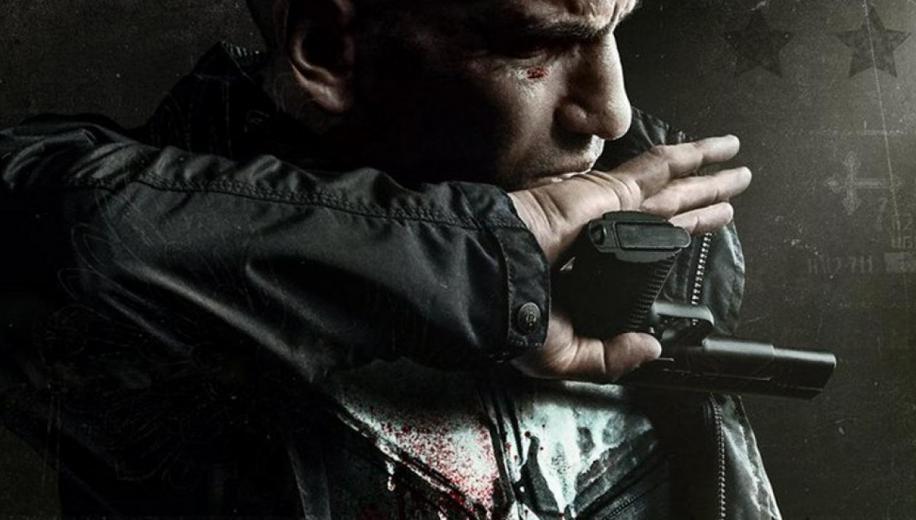 After the cancellations of Daredevil, Luke Cage and Iron Fist, this may well be the last season of one of Netflix's strongest Marvel properties - but at least it goes out on a high.

It's taken decades to get the violent and adult Marvel character of The Punisher right. Dolph Lundgren's Punisher incarnation was actually pretty on the money, but was ahead of its time, released at a time when Burton's Batman launched the broader audience-friendly 12 rating and censored even in its 18-rated theatrical release. Thomas Jane's remake, 15 years later, envisioned the character as a more sympathetic 'hero', dialling back on his outright slaughter to offer an extended origin story which would have only worked if they'd had the chance to make good on it with a decent sequel (Jane released an unofficial Punisher short not long ago, on YouTube, which is a taste of what that could have been like). Instead of a proper sequel, however, we then had Ray Stevenson's DTV-esque Punisher: War Zone, which went full gonzo in the excessive violence department, finally getting that part right, but it could neither escape its budgetary limitations nor its lack of story.

But when Walking Dead alumni Jon Bernthal introduced The Punisher to the small screen - proving to be the absolute highlight of the second season of Daredevil - it finally felt like they had found a rich and rounded depiction of a killing machine who still racked up a suitable body count. Whilst catering for the Marvel/Netflix model of an extended 13-episode season which inherently needed to be more than just a run-and-gun-athon, the first solo season of The Punisher made good on the character, expounding his revenge-fuelled origins whilst plotting out an enveloping conspiracy littered with bouts of suitably bloody violence.

Indeed, for as much as they nailed Daredevil (particularly in its third season with the return of the best villain in any Marvel property), and gave unlikely light to the little-known characters of Luke Cage and Iron Fist, as well as the yet-to-be-cancelled Jessica Jones; the loss of all of these shows following the launch of Disney's new streaming service is nothing in comparison to the likely loss of The Punisher, whose journey feels like it had only just begun.


Daredevil, Luke Cage and Iron Fist, as well as the yet-to-be-cancelled Jessica Jones; the loss of all of these shows is nothing in comparison to the likely loss of The Punisher.

After everything he went through, Frank Castle just wants a quiet life, wandering from town to town under an assumed name and staying out of trouble. Trouble, however, knows just where to find him, and it's not long before he gets drawn into a world of pain when he decides to help out a young girl who appears to have well trained assassins hunting for her, sent by a righteous psycho who dresses like a preacher.

Meanwhile an old enemy - who Frank left 'horrifically' scarred - is recuperating from his wounds, more psychological than physical, trying to remember what happened to him and struggling with a psychotic streak that's boiling to the surface. As old and new enemies converge, Frank - who has thus far been avoiding his rightful mantle as The Punisher - must decide whether it's time to embrace the calling and finally become the avenging angel that people always seem to need him to be.

Reportedly, the theme of this season is supposed to be Frank's acceptance of his true destiny as The Punisher, which just about sums it up in one line, but only feels more melancholy when you swallow the fact that this might be the end of this, near-perfect, iteration of the avenging devil.

Jon Bernthal nails the part - grunting more than Jack Bauer as he punches, kicks, stabs and shoots his way through a messy and seemingly endless salvo of opponents. He's more than just the violence though, which comes suitably naturally, getting to the essence of this bitter, battered lone warrior as he comes up against confused law enforcement, defiant villains and sceptical potential friends, growling his snappy replies, seemingly immune to lies and threats in equal measure - he simply doesn't trust anybody enough to let them get close, and nor does he think that there's any situation that he can't kill his way out of. On sheer willpower alone.

He's got a weak spot though - the family that were butchered to make him this way, leaving a crack open which any innocent victim can slip into, demanding from his soul a level of protection that he knows nobody else can provide. It's a theme written across thousands of pages of Punisher comic book stories across the decades - going up against seemingly insurmountable opponents, facing impossible odds, either because he's driven to wiping out the scum of the earth, or more likely because some young innocent is in the crossfire, and he's just not going to let that happen.


The Daredevil series might have some standout action moments across the whole season, but The Punisher works them into almost every episode.

Season 2 stays completely true to this formula, eschewing the slow-build origins across Daredevil Season 2 and the first year with Frank Castle and diving straight into a new threat, with the unstoppable killer finding himself drawn to protecting a wayward teen with a number of different names - none of which are her real one. Giorgia Whigham doesn't quite look young enough for the attitude she dishes out, and it takes a good few episodes to get any kind of real meat behind her irritating defensiveness, but a show like this simply has to slow-burn it - if this was a film (c.f. the girl in Jack Reacher: Never Go Back) you'd have wished her dead long ago, but Whigham eventually comes through and, in the meantime, there's one great shot with a broken toilet sink that will make you give her the benefit of the doubt.

Josh Stewart (similarly villainous in Shooter Season 2/3) makes for a great 'preacher', with his suitably named character of John Pilgrim everything you might expect from a comic book villain (even though he's a new character made for the show), and whilst his backstory isn't as rich and well-plotted as the eventual revelations about Ben Barnes' (Westworld) Billy Russo, it's also nice to get an opponent who isn't personally involved with Frank Castle. Of course, it's not long before Russo makes an appearance, and perhaps the only letdown here is the depiction of the supposedly 'horrific' scarring which has him treated like dirt on public transport, and mocked by everyone he meets. It's almost as comically silly as when Olivia Cooke has her 'big reveal' in Ready Player One. And it's hardly what comic fans would expect - and even demand - from the legendary Punisher adversary, Jigsaw (who was more appropriately butchered in War Zone, played by Dominic West, who went full Jack Nicholson's The Joker in the role)

The return of Russo brings with it two rather unnecessarily obsessed women in his life - returning Homeland Agent Madani (Amber Rose Revah), and an implausibly attractive psychiatrist (Floriana Lima from Season 2 of Supergirl), implausible mainly because it seems a little insensitive to have a 'horrifically' mutilated once-handsome guy (although it's hard to believe that that's changed as much as would warrant a 'mask'!) spend his days talking to an impossibly beautiful woman as part of his 'therapy'. The odd way that people treat Russo is slow plotting at work again, but it soon gives way as we watch him build his way to doing enough damage to finally embrace the inner (and outer) Jigsaw. Most appreciate that this is likely the best incarnation of the Punisher we will ever get, but if you didn't get along with the first season, then you may level some similar criticisms upon the second, but for in the action department, where almost every single episode delivers an impressive, original and suitably punishing bout of violence which doesn't feel forced or necessary, but instead an integral part of the plot, simultaneously injecting bouts of adrenaline into the series, leaving it arguably better paced than the first.

From the first episode's brutal bar room brawl, which almost descends into Raid or Wick levels of combat, only with that more down-and-dirty feel that comes with this series, to the latter - fantastic - tributes to the likes of Assault on Precinct 13 and even Heat, this sophomore year takes from the best, and works it in naturally, to the plot, giving plenty of organic opportunities for Frank Castle to go full tilt and bring out the animal inside (the gym fight perfectly exemplifies his dogged determination to always be the last man standing). The Daredevil series might have some standout action moments across the whole season (those single take fight sequences are unforgettable), but The Punisher works them into almost every episode.


At the very least, though, we got 30 odd hours of watching the best ever version of The Punisher do what he does best.

As the rising storylines crescendo into some gloriously brutal confrontations, and excellent shootouts (looking and sounding great in Dolby Vision and Dolby Atmos), the characters almost all make good on the excellent foundations laid - the donning of the skull vest from the first season is worked into the plot in a particularly clever, and pivotal, way.

The series was clearly completed before the announcements of the cancellations of the sibling shows, so they gave it their all - which only adds a sense of sadness that it's not really a matter of 'if' but more 'when' in terms of the news about this show being cancelled too. Indeed, there's nothing more tragic than the fact that, after this season, the 'when' not 'if' would have been with respect to an announcement of a third year with this fantastically realised Marvel character, arguably the best of all of Netflix's Marvel shows. At the very least, though, we got 30 odd hours (including his time in Daredevil) of watching the best ever version of The Punisher do what he does best.