What's the Upside Down got in store for us this year? 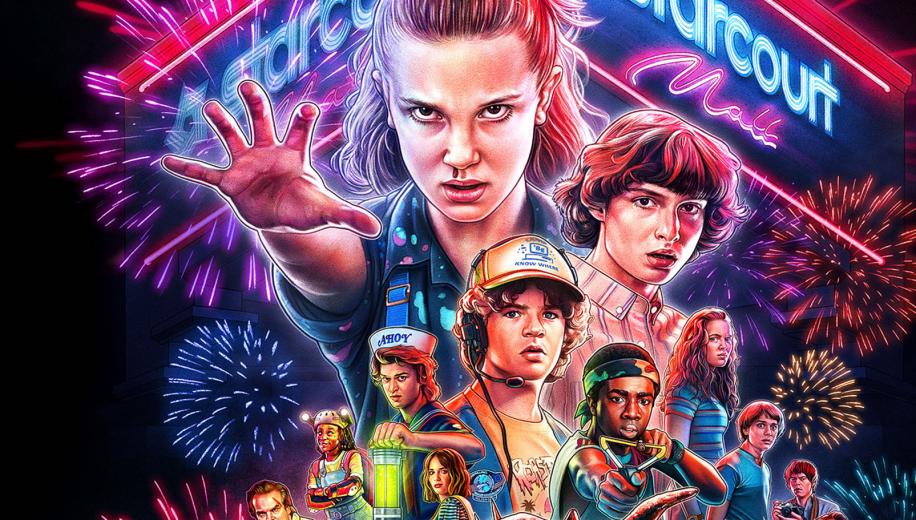 One of Netflix's strongest productions, the ode to 80s sci-fi horror that is Stranger Things, returns for an eagerly anticipated third season.

With the announcement that Netflix is going to (finally) focus on stronger, better productions, rather than continue with its arguably quantity over quality ethos, it is important to realise that, amidst the surfeit of either average or above-average productions, there have always been some great - high quality - shows. The Duffer Brothers' Stranger Things is one such show; an 80s throwback to the works of John Carpenter, Steven Spielberg, and Stephen King (there's a lot of It here) which was always envisaged as a single season only, possibly expanding but only in an anthology format.

Of course, the formula would prove too successful for that, blending in a stunning 80s soundtrack, some striking visuals, and just the right amount of teen friendship group woes, comedy, nervous romance, nightmarish threats, and supernatural horror to utterly win over audiences, seeing a tremendous second season developed which would follow the next year in the lives of these colourful characters, and now a third too, with no plans to stop for a couple more seasons either.


Russians and exploding rats - so, business as normal in the weird world of Stranger Things?

The story follows a group of young (and older) teens in a small town where strange things start to happen, involving an Upside Down world below ours, where nasties creep through via a portal. The intrepid group of friends forge together, bringing in their parents and the local sheriff to try and fend off the supernatural evil forces, eventually closing the portal with the help of their strongest asset: the experimented-upon psychokinetic teen dubbed Eleven.

A year later and everything in Hawkins, Indiana, appears to be back to normal, with the rise of a new mall and the blossoming of young love, but after the kids intercept a coded message sent by Russians, and discover a bout of exploding rats, it becomes clear that everything is very much not normal (as perhaps the giant spider-shaped beastie hovering over the town in the Upside Down world suggested at the end of the last season). So, business as normal in the weird world of Stranger Things? It doesn't take long to feel like you're right back at home in the thick of a binge-watch-tastic 8-episode season of Stranger Things, with multiple arcs - El and Max investigating a missing lifeguard who El is having visions about; Nancy (now nicknamed 'Nancy Drew' by her typically 80s male colleagues who just want her to make coffee) and Jonathan look into the exploding rats; Dustin and Steve, along with Steve's work colleague at the ice-cream parlour, Robin (Maya Hawke, channelling her inner Villanelle) investigate the Russian message; and Jim and Joyce look into the notion that something is causing magnets to fall off their fridges - which you know will, of course, tie into one big melting pot of insanity.

This is another impressive, utterly unmissable season, and just a few episodes in you'll already feel the influences - there's more Invasion of the Body Snatchers going on in this season, as people start behaving very oddly - and you just know that those Russians (seen experimenting in the prologue) are at the heart of this mystery involving exploding rats and that giant spider Mind Flayer from the Upside Down.


Netflix may be aiming for a more discerning collection of productions going forward, but they already deliver some unmissable gems, and Stranger Things is certainly one of them

The cast continue to impress - that Millie Bobby Brown (Godzilla: King of the Monsters notwithstanding) is going to be one hell of a star, still absolutely stealing the show, whilst David Harbour redeems himself after Hellboy by reminding us how good he was in this, and Winona Ryder continues to make for a vital seeming conspiracy theorist, with Cara Buono auditioning for GLOW, Maya Hawke making for a welcome new lead, and the younger child cast enjoying their desperate drive towards latter teen lives, as their characters alternate between relationship woes and sneaking into R-rated movies and fighting nasty beasts from the underworld.

Netflix also continue to impress with their Dolby Vision presentation, affording the show some stunning shots, which really takes it to another level during the more supernatural elements (searing your screen) but also boasting some nice neons, popping primaries (especially in the ice cream parlour, or the Die Hard-esque vent crawl) and fabulous contrast. They also appear to have finally cracked just the right balance on Dolby Vision blacks, with superior black levels and Upside Down sequences that aren't impossible to see (Game of Thrones this is not).

Netflix may be aiming for a more discerning collection of productions going forward, but that's not to say that they don't already deliver some unmissable gems, and Stranger Things is certainly one of them.